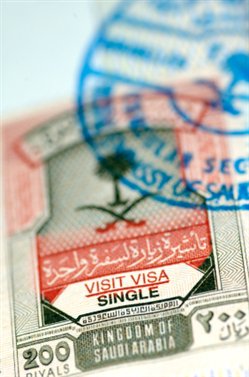 Being fluent in more than one language could be beneficial in the current global economy. Many students study languages such as Spanish and French, but looking to Asian and Middle Eastern languages may help you to stand out from the competition. It can be tough to learn these languages, especially since they use a different alphabet than English and other European languages. When you learn Arabic abroad, you could have the opportunity for full immersion, which may make it much easier to learn a language. As an added bonus, you have the chance to learn about the culture first hand. Consider an Arabic intensive language program to fully immerse yourself and speed your grasp of the language.

Most of the countries in which Arabic is spoken are in the Middle East, making it a crucial language for the U.S. government and many private corporations with interests in the region. By taking an Arabic language course, you may have the chance to include a highly sought-after skill on your resume.

No matter your language ability, you may be able to find suitable Arabic Intensive Language Programs. Some offer courses for beginners, while others are set up to help those who have already studies some Arabic in school to have a chance to speak with native speakers and learn more about the culture. Immersion in the culture is one of the best ways to learn a language. When you live in an Arabic country, you will have to use the language throughout the day, rather than just during the few hours when you are in class and language lab. This additional practice outside of the classroom is part of the reason some students may learn a language better in country than in the classroom.

Taking a summer, semester, or year to enroll in an intensive Arabic language course abroad may not only help you to become a fluent speaker of Arabic, but you may also get to see some incredible sites of the world. You could study in Egypt and spend your free time sailing the Nile or exploring the pyramids and ancient temples, or you could study in Jordan where you can take a break to snorkel in the Red Sea or walk around Petra. The west often has no knowledge of the incredible beauties the Arab world has to offer. An Arabic study abroad program could provide you with the opportunity to explore this area while adding skills to your resume that may have the potential to enhance your future career.

Gain Insight into Other Cultures

When you study Arabic abroad, you could gain valuable insight into other cultures. Not only may you learn the nuances of the language, but you also may learn important cultural practices. This has the potential to improve your ability to communicate with people from other countries, especially from the Arab world. This may not only help in careers in international relations, but it potentially also helps locally, as many Arabic immigrants are emigrating and might require interpreters or look for doctors, lawyers, nurses, dentists, psychologists, and more who understand Arabic.

Before you decide to participate in Arabic intensive language programs abroad, there are some important considerations to make. First, it is important to consider the type of program, as well as whether the credits will transfer back to your home university. It is possible that you could spend one summer in an intensive language program to fulfill all your language requirements for school Researching programs offered by your school as well as other programs could help you to find the right one for you.