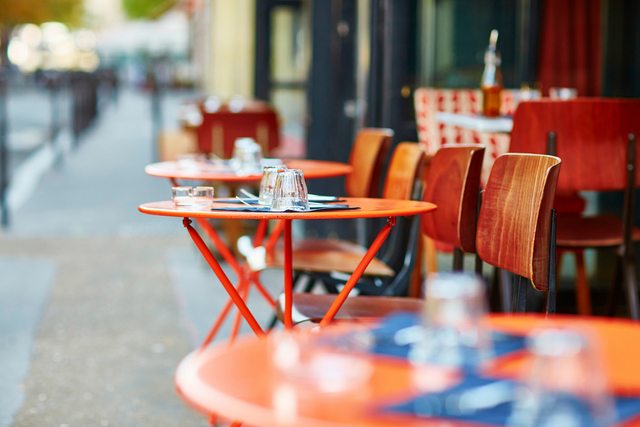 If you plan on seeking a language education in France, living and studying French in Paris could be a great way to go about it. Living amongst the City of Lights could give you an opportunity to not only pick up new speech skills but also challenge them in ways that may be unavailable to you in your home country. Sure, there may be in-classroom exams, but the real test could be applying your knowledge to navigating the beautiful city of Paris. If you're interested in Study French in Paris programs, keep reading!

French language programs in Paris might place you in a setting where you hear nothing but French for days at time, creating a fully immersive experience. Imagine splitting your day in half: in the morning, you could focus on enhancing your speaking capabilities under the tutelage of your professors – in the afternoon, you could put those skills into practice by ordering a café from the cute little shop down the street.

Keep in mind, Parisians see a lot of tourists come and throughout the city – if they hear your accent they may be more inclined to speak with you in English than in their native tongue. If you explain that you want to speak solely in French, though, many may be excited to help you study.

The Inner Workings of Paris: Your New Home

Paris has earned its share of nicknames: you may have heard it called the City of Lights or the City of Romance. Locals might have another name for it – the capital. As the epicenter of France, Paris enjoys an abundance of unique cultural works. It’s hard not stumble upon museums, theatre performances, or ornate architecture. At times, you might literally stumble upon some of these pieces of art.

If you’re really looking to attune to the heartbeat of Paris, be sure to take part in the festivals honoring its history. Bastille Day might be a great starting point for this – the holiday celebrates the storming of the Bastille during the French revolution. When you see people flood the streets to see the massive parade, get out there and join in the fun! Everyone needs a study break.

The City of Lights…and Food…and Sights

There are two things you should not miss while in studying French in Paris: food and sight-seeing.

Going the foodie route is easy because you could have your choice of things to snack on. Obviously baguettes are an easy choice as they’re available almost anywhere. That doesn’t mean they’re not tasty! In fact, Parisians hold an annual contest to find the tastiest baguette in the city. What a great way to do a quality test.  There’s something for people with a sweet tooth as well. Chocolatiers are peppered throughout the city. They often sell smaller chocolate, which means you could eat a lot of them!

Now that you’re fueled up and ready to go, there’s plenty to see! The Eiffel Tower an unforgettable icon of France – you could picnic at its base, ride up to the top, or view its shimmering lights at night.  If that doesn’t meet your famous sights quota, you could also check out the Louvre. This art museum is home to thousands or art works, some you may even recognize from books, movies, and TV. Maybe you’ve heard of Leonardo da Vinci’s Mona Lisa? Well, it’s there in the Louvre!

Of course, this is just a sampling of Paris excursions – and doesn’t even cover the rest of France. Paris sits in the middle of France’s train system, so get out and explore the surrounding cities as well.

Studying French in Paris could be a memorable study abroad program that combines traditional, language education and engaging cultural experiences. To begin your Study French in Paris search for French language programs in Paris, browse the list of links below. When you find one that meets your personal requirements, click through the link to request more information. To apply to a perfect program, go to that school’s official website. With this information to motivate you, you could find a perfect French language program in Paris, today!