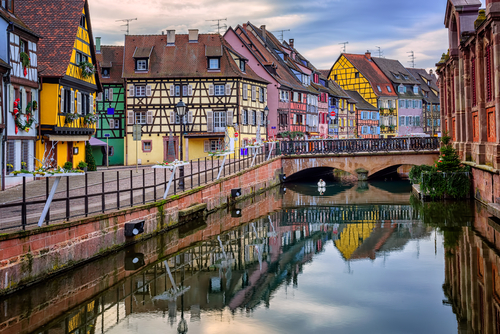 If you’re looking to take your French language skills to the next level, pursuing a French intensive language program in France could be a no-brainer! Being surrounded by the French language everyday could be just the practice you need to become fluent or improve upon your current foundation. Learning is only half of the Study French in France program! You could also live as the French do – engaging with their culture as part of your day-to-day life.

There are some key parts that could make up your French intensive language program in France. Including bits and pieces of the following could make for a perfect program experience!

First Off, the Education

Pursuing a French intensive language program in France could give you the immersive education that French studies in your home country have been unable to provide. Hearing the language spoken is a critical part of language studies – so hearing it spoken in the classroom as well as during your daily routine could be an intense form of study. You’re not just completing exercises and conjugating verbs, but testing your skills each time you read a menu, ask for directions, or chat with your peers. A French intensive language program in France is more than basic instruction – it’s being surrounded by the coursework 24/7.

Once you’ve boarded your plane to your French intensive language program in France, you’re headed to your home for the duration of your program. As you settle in, you could get the chance to meld with aspects of the culture that make France distinctly French. Depending on where you’re staying, that could mean a lot of things – not everywhere has the cosmopolitan culture of Paris! You could immerse yourself in Strasbourg in the Alsace region: due to their location, they have significant German influences in their food, arts, and architecture. Or, perhaps, you’d like to take part in the Mediterranean city of Nice, which takes many of its cultural notes from its location on the French Riviera.

Even though its regions vary, there is one unifying aspect of French culture: “égalité,” or equality. It’s even made it into the French motto, “liberté, égalité, fraternité.” Many French natives place the highest amount of importance on the aspect of equality. Students, no matter their background or country of origin, could participate in this community of “égalité.”

Last, But Not Least: Adventure

In addition to a challenging learning experience, a French intensive language program in France could present you with opportunities for exploration and, of course, fun! During your time outside the classroom, why not consider some of recommendations:

This is only a brief sampling, though! France offers many chances to experience fashion, (more) food, beaches, and artistic and historical museums.

Of course, you’re not locked into just one country. You could take a weekend trip to countries like Belgium, Germany, or Spain to jam-pack your program with cultural experiences.

Are you ready to parle en Francais? If you’re ready to start looking for a program that places you in smack dab in the middle of European culture, look below! Browse the list of programs to see which ones best align with your personal education and study abroad goals. Found one? Great! Click through the link to request more information – or even apply! You could have a great (or génial in French) time during a French intensive language program in France!