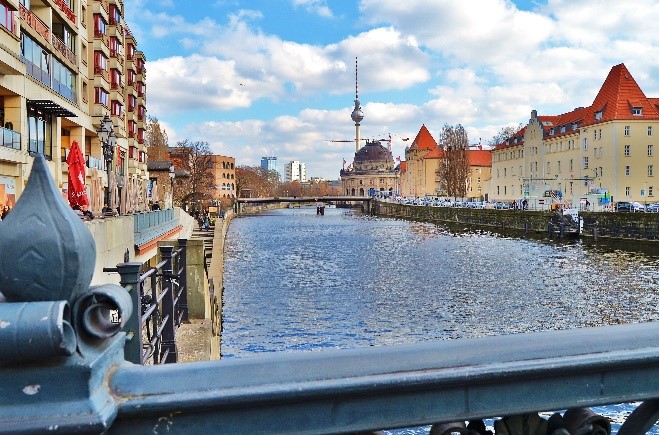 If you’re ever fortunate enough to be one of the lucky few that get to experience living in Berlin , a Berlin Summer is a something that may change your life forever. Known globally, as the capital city of Germany , Berlin History may have one of the most controversial time lines of any city in the World. First home to the Nazi regime, and later as the location of one of the largest territorial markers in history the Berlin Wall, Berlin has been the target of wars and politics for much of it’s past, and at one time was left in almost absolute ruin following the end of World War II. But today, what has risen from that rubble is one of the most culturally diverse, social and technological hubs in all of Europe. Read more below about Summer Study Abroad in Berlin programs.

Things to do in Berlin in the Summer

- Berlin Summer Festivals – There is rarely any lack of activity and fun in Berlin any time of the year, but life in Berlin may perhaps be the most exuberant and colorful in the Summer, and the Summer Festivals and “open airs” continue to draw crowds from all over Europe and the World. With its relaxed public-laws, and low cost of living, Berlin opens up the city to travelers and musicians alike. Drawing thousands for spur of the moment concerts in Berlin at the local Mauer Park and lakes like the Strandbad Plötzensee, and even at the now defunct Brandenburg airport which regularly can be seen billowing smoke from the runway as BBQ’s are set ablaze with summer picnics. Berlin is arguably one of the greatest cities to spend a Summer in all while potentially making some amazing international friends. With an expected attendance of over 500,000 people every year, “Maifest ” in Berlin is one of the most attended festivals in all the city where droves of international parades form to celebrate diversity and freedom for a day of traditional dance and music from all over the World.

- Berlin Summer Weather - Much like the seasons in New York and Philadelphia and the North East United States, Berlin is perhaps best known for its summer season. Sometimes dragging well into the Fall, the German “Indian Summer” is a wonderful time for life in Berlin. The streets bustling with more than the usual amount of bike traffic, Germans and local Berliners are never far from their bikes, and thanks to a very convenient and well-marked set of bike lanes it is still one of the most popular forms of transportation around the city.

- Traveling in Berlin – Thanks to an extremely fast, clean, and efficient transportation system made up of an endless weave of trains, buses, and planes departing from the conveniently located Tegel Airport in Berlin, traveling from Berlin is one of the biggest advantages to living in this lively city. With a central location to most of Europe, Berlin is typically less than two hours flying time to Belgium, the Netherlands, Poland, Denmark, Austria, Slovakia, Hungary, Switzerland, and Italy…literally located at the epicenter of traveling.

Why Consider a Summer Study Abroad in Berlin Program?

Perhaps you’re considering Berlin Summer school and practicing your new German language skills in a native environment that’s also just as English-friendly, or maybe you’re just looking for an international location that’s opened its doors to international travelers and students alike? No matter you’re reason for living in Berlin in the Summer, be prepared for an endless array of summer events in Berlin and making your summer in Berlin one to remember.