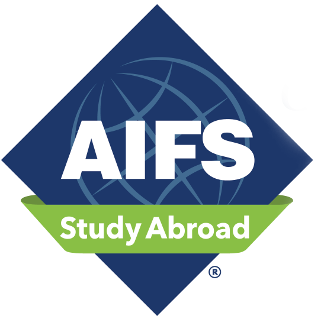 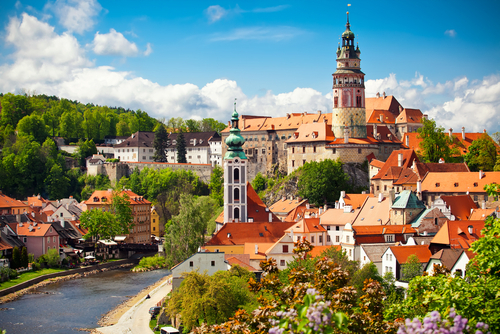 Located very nearly in the geographic center of Europe, the Czech Republic is an achingly beautiful nation with a long and storied history. As a college student looking to study abroad, you could scarcely do better than spend a term or two studying in this gorgeous, storied, and underappreciated place.

Live in the HEART of Europe.

Underappreciated - really? You can be an entire nation and still be underappreciated? Well, yes, when you're a country centrally located in the continent. The surrounding countries make for tough competition - they are much-sought destinations. But for students studying abroad in the Czech Republic, this works as an advantage: If you're going to do some traveling to other countries during your stay, it's a very reasonable hop to Poland, Germany, Hungary, Austria, Romania, Croatia, Slovenia, Slovakia, France, the Netherlands, and more - an almost endless list of places with fascinating things to see and feel and eat and drink.

PRAGUE is the PARIS of the 90s.

That line is a quote from Marion Ross (the actress who played Mrs. Cunningham on "Happy Days," and more recently was on Gilmore Girls and about a million other shows). It's relevant here because another rationale for saying the Czech Republic is underappreciated is because of the renown of Prague. Prague is a lovely city, and has become so prominent that, in some ways, the city dominates the country. For many people, stories about the wonderful Prague make up maybe the full extent of what they've heard about the Czech Republic. Also, at this point, Prague has been on travelers' radar for long enough that a fairly common refrain from people who've been there is "It's a nice place, but it was soooo much better 10 years ago."

This is nonsense; don't buy it. Here's how to experience the city of Prague: visit the really well-known parts early in the morning, before the tourists are awake and out. Then, if you're spending the afternoon out in the city, for the rest of the day, anytime you find yourself surrounded by tourists, walk one block away. One block, and they will be gone. It's amazing, really. Czechs live in these neighborhoods, and they know how to avoid the tourists. If you live there, you can too.

Get lost in Old Town, Mala Strana, and Zizkov. Literally lost - it's the best way to see the city. Follow your nose up strange sets of stairs and around winding corners through the maze of old streets. You will find beautiful, amazing things. Wander up to the castle and accidentally experience its historical and visual power. (While there, one wonderful destination is the neighborhood known as Novy Svet (New World), up behind the castle.) Visit the Charles Bridge, very late at night or very early in the morning - it will take your breath away. Walk up Petrin Hill for amazing views of the city without standing in any touristy lines.

See? This is why Prague helps the Czech Republic as a whole remain underappreciated: it's such a splendid city that it's really hard to talk about, even briefly, without getting carried away by its culture, personality and old-world beauty.

Live in the OLD WORLD.

Outside of Prague, you can visit the historic castle (or "Cesky") towns in the southern area that was once called Moravia - these are real fairy-tale towns, such as Krumlov, Mikulov, Znojmo, Lednice, Valtice, and Tele. They are just beautiful. (But don't expect many people to speak English; be prepared to really use your phrasebooks.)

These places have a ton of fascinating things to recommend. The Ossuary at Kutna Hora (about an hour's train ride SE of Prague), to choose one example, is a small chapel, fairly unremarkable from the outside...but inside it's decorated with human bones. 400,000 bones. There's pyramids of bones, crucifixes of bones and a chandelier that includes every bone in the human body. It's one of the strangest things you'll ever see.

From an academic perspective, the Czech Republic offers a full buffet of options to those wishing to study abroad there. With more than a dozen universities that are ideal for foreign students, it's hard to go wrong. Among these, Charles University (in Prague) stands tallest, being well-regarded around the world as a top-notch university.