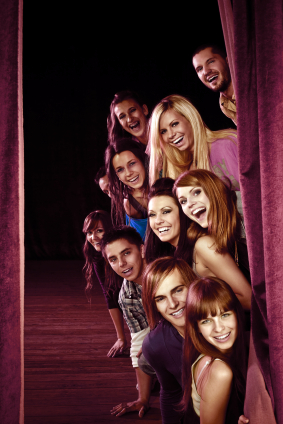 As a student interested in the performing arts, you may hear the calling of the Great White Way or Hollywood. Although you may think it counter-intuitive to apply to performing arts study abroad programs, it might provide you with a rich experience on which you can draw for your acting or dancing in the future. Performing arts is a highly competitive field in which networking plays a substantial role in your future success. By studying abroad, you have a chance to work with professors and directors outside of your school's network that may just provide invaluable assistance in the future.

When you study acting abroad, it also imparts the opportunity to learn different directing and acting approaches. This provides you with a more well-rounded education in the arts. You may also have an opportunity to study dance abroad, even if your focus is on acting. This may help you if you ever need to know how to dance for a role in the future. There are many other skills you might learn during acting and theater study abroad that will only enrich your performing resume to help increase your chances in this highly competitive field.

Many countries have acclaimed dance troupes, and if you remain at your local school for your entire education, you might miss out on the opportunity to work with one of these widely praised dance troupes. Enrolling in one of these international dance programs might also provide you with the opportunity to work with some of the best choreographers and directors, while increasing your chances of finding a position in a professional troupe after graduation. You do not have to limit yourself to just one semester or summer with these international dance programs; you may be able to enroll after graduation for advanced work or complete your entire education under their tutelage.

When you search for a theater study abroad program, do not limit yourself to countries that speak your native tongue. Going to a country that speaks a foreign language such as Japan, Germany, or Argentina might provide a richer experience. Not only do you get the chance to learn another language, but you also experience theater in a completely different culture from your own. This might give you the chance to learn even more acting or directing techniques beyond what you might learn in your current school. You might also have a chance to participate in the traditional theatre of the culture, such as Kabuki or Noh in Japan or Aboriginal dance in Perth. It also strengthens your acting ability, since you will have to learn to do it in another language. You also will have the chance to add these roles on your acting resume, which in turn could help you to get a job in the future in a role that uses this language.

Imagine performing Shakespeare in London or Voltaire in Paris. When you study theater abroad, you might have a chance of a lifetime to not only study great playwrights in their home countries but also perform these great works on the same stage as many great actors have performed these works. Although Broadway is famous for its theatre, so is the West End of London and many other locations around the world. While studying in these cities, you have the chance to go and see world-renowned plays and other shows. Even if you do not head to one of these cities known for their theater and performing arts, there is still the chance to learn important tools for your acting or dance career.

Performing Arts study abroad programs could be a highly rewarding and enriching experience. If you do not feel that you can take away an entire semester or year from your program, it is possible to find programs during the summer. It may also be possible to find graduate programs in theater or dance at a foreign university to help broaden your skills.