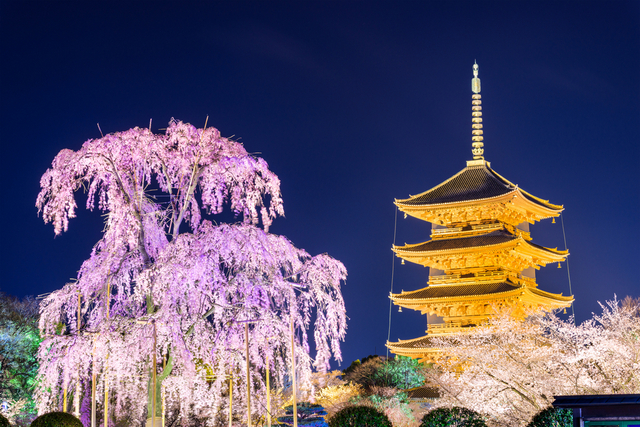 If you’d like to join the 128 million people[i] who speak Japanese, why not do intensive language study abroad program in Japan? Intensive language study, from beginning to advanced levels, provides the opportunity to immerse yourself in the language and culture abroad. In addition to studies, every interaction from the shopping in a market to running into your neighbors on the street is an opportunity to perfect your intonations and Japanese accent.

There is a lot to learn about the Land of the Rising Sun outside of the classroom, where etiquette and cultural norms can be quite different from what we know in the West Japan, which is home to distinct culture, cuisine and commerce, is a seafaring land with a mix of rugged landscapes and cityscapes. While you’re immersing yourself in culture as well as the language, here are a few pointers[ii] of etiquette, for visiting Japan:

For students who want to dive into the local cuisine, the food in markets and restaurants is often based on the staple of steamed rice.[iv] Also, fish and noodles – such as udon and soba – are common on the menu. In fact, Japan boasts one of the world’s healthiest cuisines. In fact, in Japan’s Okinawa Island, people often live to be more than 100 years old.[v]

During an intensive language program, you’ll be immersed in cultural icons, such as the temples and shrines that are part of the country’s landscape. With both the Shinto and Buddhism religions prevalent in Japan, there are 95,000 shrines and 85,000 temples. While you’re bound to find at least a few in each town, the city of Kyoto alone has thousands. Some are considered world wonders and experiencing them in person could be a life-changing memory

For intensive language students who also like to study up on sports, check out a sumo wrestling match for a cultural field trip. The sport, which was first created ages ago to entertain the Shinto deities, still carries some of the same traditions, including purifying the wrestling ring with salt and the classic uniform, which essentially covers only the wrestlers’ loins.

Fun Fact: Gaming is especially popular in Japan. One of the most beloved gaming past-times is called pachinko[vi], which is much like a casino game with prizes.

Many American schools offer intensive language programs in Japan, which could vary in length – ranging from a few weeks to a year. They often include features to augment the educational and cultural experience. There are several options to study, such as culture classes, home stays and resort and hospitality-focused English.

Intensive Language in Japan: Getting Started

One of the benefits of intensive language programs is it allows students to really dive in and learn through real-life experience. Let StudyAbroad.com help you find a great program that could be right for you!