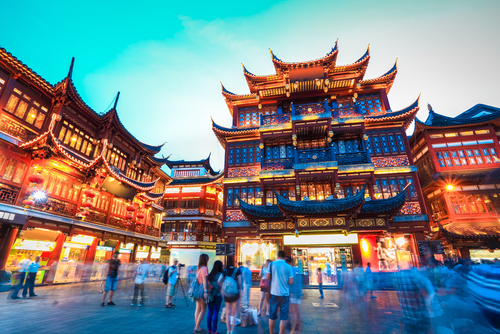 If the idea of learning an ancient language that is still spoken today by over a billion people, why not consider the opportunity to learn Chinese in China? Students may enjoy the exotic culture, rich history and beautiful scenery that makes China great.

So, what are you waiting for? The start of your Chinese adventure might just be a few clicks away! If you’re still on the fence, read on for some experiential facets of an intensive Chinese language program in China.

What is a Language Immersion Program?

A language immersion program is different from a typical study abroad experience. These types of trips are for those who wish to become proficient and perhaps master the language of their choice. Programs can be structured to fit your desired level of intensity and duration, and many intensive language programs offered do not require extra language courses. Instead the course load that will help you earn credits towards your degree could be taught in a foreign language. Or perhaps, your immersive experience could include teaching locals English in a teach abroad program. The possibilities are virtually endless for a student that’s bold enough to take the chance to learn Chinese in China.

What Does China Have To Offer?

China is an East Asian nation that is one of the cradles of civilization. History of the Chinese language, culture, food and families stretch back for many millennia. Currently, it is the largest communist country in the world.[i] For those who wish to explore the ancient culture that is behind the language they seek to learn, a language immersion program in China could be the opportunity you’ve been waiting for.

The Old and the New

China is known for its ancient culture that is many millennia old, but metropolitan cities like the capital city of Beijing have become the center of modern architecture and international business. Students who wish to study in the presence of a rich, illustrious history while having the comforts of today might greatly appreciate an intensive Chinese language program in China, specifically in or around Beijing.

Wherever you study, be sure to take the time to enjoy the ancient sites like The Great Wall, Qin Shi Huang’s Mausoleum and the Forbidden City, home of the largest survival imperial palace in the world![ii] For those seeking monuments of recent history don’t miss an opportunity to visit the 2008 Olympic Green, Tiananmen Square and the Beijing Art Museum.

If you’re an American, it’s likely that your idea of Chinese food is not in line with how Chinese food actually tastes and consists of. If your favorite dish General Tso chicken, you might be disappointed to hear that you probably won’t find it made in China. When on your intensive Chinese language program in China be sure to try out authentic cuisine from different regions. Peking Duck, Dumplings and Scallion pancakes are just some of the delicious dishes you would probably enjoy.[iii]

A Language on the Rise

Chinese is spoken by more than 990 million people throughout the world, and is steadily on the rise![iv] Learning Chinese would not only put you in a good position to potentially connect with many personal and professionally you couldn’t have communicated otherwise.

After completing an intensive Chinese language program in China, you might have enjoyed your stay so much that you would like to finish out your degree there or jumpstart your potential career in China. Becoming proficient in Chinese, whether it be Mandarin or another dialect, might enhance your career potential.

Your dream intensive Chinese program in China just might be out there, but you’ll never know unless you search for it! For specific programs, use the drop down menus, “Select a City”, “Select a Duration” and “Select a Language”. There you may find programs tailored to your interests and aspirations. Best of luck on your search!