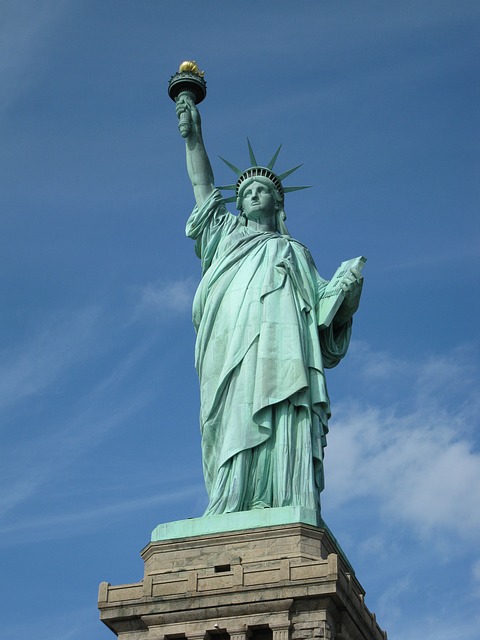 Looking for an intriguing place to study? Look no further than New York! One of the earliest US colonies, New York was originally known as New Amsterdam by the Dutch before English settlers renamed the area. With a culture rich in history, as well as people, interests, and flavor, studying abroad in New York is a fantastic choice for your scholarly aspirations.

Found in the Mid-Atlantic area below Canada and above New Jersey and Pennsylvania, New York is alternately known as the “Empire State” or the “Big Apple.” New York’s capital city is Albany, though New York City is the largest city in the state. And though “New York, New York’s” urban sprawl may come to mind, much of the area is dominated by farmland, forests, mountains, and bodies of water.

Dairying is the most important farming activity, with over 18,000 cattle farms, though other agricultural products include vegetables and apples. Other industries of note? Printing and publishing, machinery, and tourism (hello, New York City).

On average, the warmest month in New York is July, whereas the coldest is January, with cities like Binghamton and Rochester incurring typically cooler temps during the year than New York City (due to urbanization).

Though studying abroad in New York you may expect to speak just English, many of the state’s inhabitants speak a second language, with Spanish, Chinese, and Russian being the subsequent languages of choice (in that order).

Cost of Living in New York

As of October 2013, prices in New York remain at the high end of comparative expenses in the United States. While studying abroad in New York, you can expect the (approximate) price of items like rent in the city to be around USD$2,825, an inexpensive meal to be USD$15, and the price of milk to be USD$1.32. Getting around isn’t pricey, though: 1 kilometer by taxi is USD$1.24.

New York City most certainly gets the most attention with its Broadway shows, museums, and other hot spots like Radio City Music Hall, the Empire State Building, and the Statue of Liberty. Despite the bright lights and grandeur, other cities dotted around the state are equally as fascinating, perhaps for other, perhaps dissimilar, attractions.

With over 700 miles of subway, and 70,000 miles of rivers and streams, it’s an understatement to say New York stays well-connected. Despite that, it’s possible to remove yourself from the hustle and bustle of larger cities: for example, Adirondack Park, larger than Glacier, Grand Canyon, Olympic, Yellowstone, and Yosemite Parks combined, is a draw to visitors of upstate New York and offers scenic hiking trails, stunning views, and even shopping, markets, and fall festivals. Other items to top your must-see list? Niagara Falls in upstate New York, the Catskills for skiing or golf, the Finger Lakes area for eclectic wineries, and Cooperstown for the Baseball Hall of Fall.

Baseball? Various teams, like the Yankees and Mets for baseball, the Giants and Jets for football, and the Knicks for basketball, make New York a popular place for sports buffs.