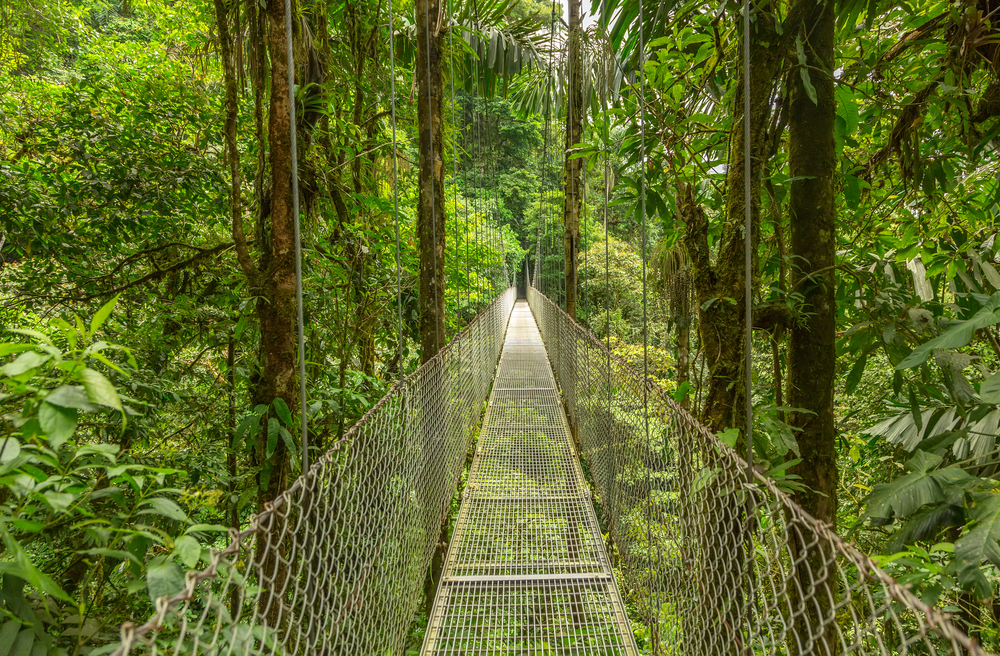 Take your language education out of the classroom, and learn Spanish in San Jose, Costa Rica! San Jose could be the perfect place to develop your Spanish fluency. You could practice Spanish throughout your everyday life, while exploring a beautiful, tropical city. Plus, as San Jose boasts both a diverse, laid-back culture, and a thriving American expat community, you could have control over the level of immersion you truly want. Want total immersion in all aspects of your life, to learn as fast as possible? Or do you prefer having a local English-speaking community as a safety net to fall back on? You could find both in San Jose, possibly making it a great place to learn Spanish at any level.

Choosing to study Spanish in San Jose could have several potential advantages for your language education and beyond. First, there’s the potential benefits of becoming fluent in a second language. Speaking another language isn’t just a marketable skill in the career world. It could also have potential cognitive benefits. Becomign fluent may help make it easier to pick up additional languages, and could help with a variety of other skills like observation and critical thinking. Plus, you may be able to communicate with and befriend people you might not have been able to talk to otherwise. Learning Spanish in particular might also be useful in your career and personal life, given the prevalence of Spanish throughout the Americas and around the world.

If you’re motivated to learn Spanish, studying Spanish in San Jose, Costa Rica could be a great choice. Why is that? Immersion is frequently considered one of the more effective ways to learn a language. Immersion, in language education, is the practice of teaching and studying a language while also using it as a primary means of communication. So your Spanish classes might be delivered totally in Spanish, without conversing or explaining in English. In San Jose, you could take this to the next level by speaking Spanish in every aspect of your life. Rather than leaving the language in the classroom, you could use it to navigate the city, do your shopping, and talk to your neighbors. You could not only learn Spanish academically, but get to know how people use it in real life, including local slang. If you want to learn a lot of Spanish fast, this might be your strategy.

If that’s not quite what you’re looking for, don’t worry. A community of North American expats have also made their homes in and around San Jose. It’s also a tourist destination for short and long-term travelers. So if you prefer to have some English speakers around while you polish up your Spanish basics, you might be able to meet some native English speakers in the area.

Whichever you prefer—total immersion, or still having the opportunity to speak some English—you could do so with the support of formal Spanish classes or tutoring through your program. You might also make friends and share experiences with your fellow students—learners new to the region just like you—and take advantage of the guidance of your teachers as you learn about the Spanish language and San Jose itself.

There’s one other perk if you choose to study Spanish in San Jose—the city of San Jose! By studying Spanish in San Jose, you could get to enjoy all Costa Rica has to offer, practicing your language skills while exploring the diverse, laid-back Costa Rican culture. Some of the things you might explore in San Jose could include:

With all of these options in front of you, exploring your passions while studying Spanish in San Jose could be within your grasp. Learn a new language, explore a new city, and experience what Costa Rica has to offer.

How to Choose a Program to Study Spanish in San Jose

Wondering how to choose your program to learn Spanish in San Jose? Narrow down your potential options by thinking about what you need in a program. Here are a few questions to ask yourself to get started:

Other things you might want to think about include: the types of resources your program offers to help you learn and adjust to Costa Rican life, how much it costs, and the types of expenses you might be responsible for on your own. You can reach out to the programs you’re considering for more information about these types of concerns.

Learning Spanish might be an important part of your education. Studying Spanish in San Jose, Costa Rica could be your chance to get ahead through an immersive experience while getting to explore a beautiful tropical destination. Take a look at the sponsored program listings below to start your search. If you’d like, you can narrow down your options using the menu by selecting your preferred program duration. Then click on the programs you think you want to attend for more information and to enroll.