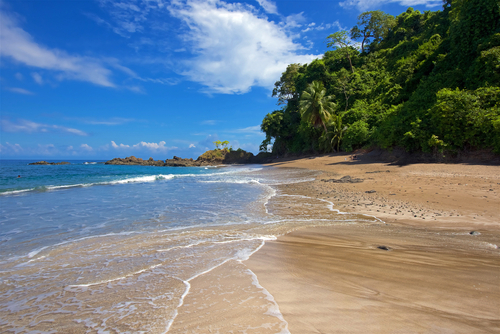 If the prospect of learning Spanish abroad excites you, why not consider an immersive program that might allow you to learn Spanish in Costa Rica? Students will likely enjoy the sprawling landscapes, the wildlife and the vibrant cultures that are all across the coastal nation.

What is an Immersion Program?

Immersion programs are an intensive way to Learn Spanish in Costa Rica. There are many different options one might consider when choosing an immersive language program. For example, some programs offer the ability to take a regular course schedule that would earn you credits towards the degree of your choice but taught primarily in Spanish. There would likely not be a lapse in your course schedule, only the ability to become proficient in Spanish while earning credits towards your desired degree.

Why Learn Spanish in Costa Rica?

Costa Rica is a stretch of land of 200 miles in the heart of Central America, with both the Pacific Ocean and Caribbean Sea at either sides of its shores. Although much of the country is costal territory, it is also home to rainforest brimming with wildlife and over 60 volcanos, 6 of which are still active today.[i] Costa Rica is a country that focuses on bettering the lives of its people and making the world a better place.

Students who wish to study science, biology or any environmentally focused degree would greatly appreciate Costa Rica for its numerous natural landscapes and microclimates. For those who simply want to explore a tropical paradise while earning credits towards a degree, Costa Rica may be perfect for that as well. Be sure to visit one of the many volcanoes throughout the country, like Irazu Volcano which has a spectacular (and green!) volcanic lake called Diego de la Haya in one of its craters. Another sight to explore would definitely be the Costa Rican rainforest. It might truly be a once in a lifetime adventure!

Like many Central and South American cultures, Costa Rica’s heritage is a mixture of cultures, primarily of those indigenous to the land and the Spanish settlers who came later. Africans, Jews and Chinese are some other examples of tight-knit cultural communities in the country. Those who wish to study history, art, sociology or humanities might greatly appreciate a Spanish immersion program in Costa Rica.

If you are an intermediate or advanced Spanish speaker, research Spanish immersion programs in Costa Rica that offer the chance of living with a host family. Living with locals and fluent speakers might challenge you to learn complex conversational and writing styles you might not discover in a classroom. This could be an exciting opportunity for a prospective teacher looking to gain experience teaching abroad.

Spanish may have originated from Spain, but it is one of the most common spoken languages around the world with over 400 million people proficient or fluent in Spanish today.[iii] So much so, that there are more Spanish speakers in Mexico and the United States than of the country of Spain.[iv] With that statistic in mind you could likely picture that mastering Spanish has the potential of advancing your career at home or abroad. International companies often prefer candidates who are bilingual or multilingual, so investing time in learning Spanish in Costa Rica is likely to pay off in the future.

Costa Rica just might be the cultural and ecological oasis that could be the perfect place to study or volunteer abroad. Don’t just sit there! It may be time to research for the program that could catch your eye. For specialized Spanish immersion programs in Costa Rica, click the drop down menus to look into different cities, semesters and languages. There you just might find the excursion you’ve been dreaming of. Best wishes.