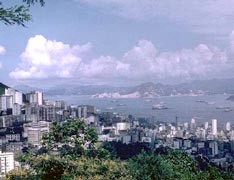 Vietnam: Land of the Dragon

Looking to study abroad in Vietnam? A long S-shaped strip of land, Vietnam is comprised of more than 128,000 square miles, an area larger than the state of New Mexico, and more than 98 million people call this nation home, making it the 13th-most-populous country in the world. Read on for more on this magical locale.

The Beauty of Study Abroad in Vietnam

Vietnam, a republic made famous, or perhaps infamous, by the Vietnam War, is much more than a country ravaged by combat. Making up the eastern and southern part of the Indochinese peninsula in Southeast Asia, the beautifully varied terrain of Vietnam may evoke images of bluish-green waters, a lush countryside, and fascinating limestone islands… things not usually seen on the pages of a textbook.

Pioneers in technology, famous Vietnamese include Andre Troung, the inventor of the microcomputer, as well as graphic designer Bui Tuong Phong. Touches from the neighboring countries of China, Laos, and Cambodia also play a part in Vietnamese literature, art, music, and dress.

Local customs are largely influenced by the dominant religions of Buddhism, Taoism, and Confucianism. And with family and community at the center of its traditional ideology, Vietnamese culture is not lacking for richness and charm.

Interested in the culinary arts and on a budget? Meals are rather economical, with fancier gourmet dinners typically costing less than $15. Common recipes boast usage of fragrant ingredients like ginger, mint, basil, coriander, and lemongrass—be sure to try mouthwatering favorite dishes like phở satế, a spicy noodle soup with thin strips of beef steak, chili sauce, peanuts, cucumber, and tomato; cơm hến, a popular rice and clam dish; or bánh xèo, a crepe made with shrimp, pork, onions, mushrooms, and coconut oil. Your taste buds will thank you.
For those interested in legend and lore, you’ve found your paradise. From its beginning (when King Lac Long Quan, the Dragon Lord of Lac, marries Princess Au Co, a mountain fairy, and starts a nation of 100 sons) to modern-day belief of dragons bringing prosperity and life, there is no shortage of artifacts and history to satisfy the scholar in you.

Travel around Vietnam and you may feel like you’re traveling between seasons. Northern Vietnam, home to Hanoi and UNESCO World Heritage site, Ha Long Bay, runs warm May through October, and cold November to April. Central Vietnam enjoys more mild, and downright hot (the farther south you go), temperatures, making it a fabulous destination year-round—and it doesn’t hurt that it hosts gorgeous lagoons and beaches. Southern Vietnam is where you’ll find the metropolis of Ho Chi Minh City (formerly known as Saigon) and the Mekong River, as well as the hottest weather in Vietnam: average temperatures fall around the 90s March through May, which also coincides with the region’s dry season.

In general, be prepared to get wet—the entire country is marked by monsoon seasons, depending on the different times of year.

To fly into Vietnam will require travel to one of the following international airports: Noi Bai in Hanoi, Da Nang International Airport in Da Nang, or Tan Son Nhat in Ho Chi Minh City. Depending on which university you choose, getting around in the city can be done on foot, bicycle, or by taxi. If you’re looking to travel between the Northern, Central, and Southern regions, though, you’d do well to take a bus as preferred by the locals for long-distance travel. As an aside, a water taxi ride along the Mekong or Red River deltas is a fantastic way to see the area.

Whether watching motorcycles whiz by you at breakneck speeds in Hanoi, breathing in peace and tranquility in the Central highlands, or tasting sumptuous fare in any of the three regions, this country is sure to delight each of your senses. Overall, Vietnam is a hospitable and gracious country, making it the perfect place for your study abroad program.