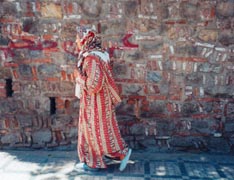 If you are looking for an exotic undergraduate experience, a Study Abroad in Morocco Program is likely to captivate you. Geographically, Morocco is characterized by the rugged Atlas Mountains, the Mediterranean Sea and the Sahara Desert, so if you are coming from a big urban landscape, this may be the change you are looking for. Known for its biodiversity as well as its multicultural heritage, Study in Morocco abroad programs warrant consideration.

Why Consider a Study Abroad in Morocco?

Whether you hope to take peace studies courses or study Arabic in Morocco, there are a variety of interesting program options and cities to choose from including Marrakech, Tangiers, and Fes. If you think about your term studying abroad in Morocco as an interactive textbook, you will find that it is a country with many facets and influences including Berber, Jewish, Arabic, French and Spanish legacies. Learn from your courses as you aim to earn academic credits, and take in the music, cinema, festivals and Mediterranean food with the new friends you make while you Study Abroad in Morocco!

The two official languages of Morocco are Arabic and Berber. You can also hear both French and English when you study in Morocco![i]

Morocco is located a mere hop, skip, and jump across the Strait of Gibraltar from Spain. It is one of the three countries (along with France and Spain) to have both Atlantic and Mediterranean Coastlines.[ii]

Casablanca & The Allure of Morocco

There are precious few places in the world that are as shrouded in mystery and magic as Morocco. Indeed, from Rick's Café American, the watering hole run by the Humphrey Bogart character in Casablanca, to the popular western image of Morocco as a country straddling the timelessness of the desert and the complications of modernity, Morocco might be considered one of the alluring countries in the world. So just imagine how exciting and transformative it could be to live there while attending four years of college, or even for a Summer Study Abroad in Morocco.

The history of Morocco goes back thousands of years: It 'has been inhabited since Neolithic times, at least 8000 BCE, North Africa and Morocco were slowly drawn into the wider emerging Mediterranean world by Phoenician trading colonies and settlements in the late Classical period. The arrival of Phoenicians heralded a long engagement with the wider Mediterranean, as this strategic region formed part of the Roman Empire.' It wasn't until the 7th Century of the modern era that Morocco as we know it today, as an Islamic state, was officially formed. Of course, this wasn't the end of Moroccan development and change, as over the course of the centuries, many countries tried very hard to control Morocco, most notably France, which considered Morocco part of its official sphere of influence until Moroccan independence finally came in 1956.

Today, Morocco is one of the more stable countries in the region, and is governed by a 'constitutional monarchy, with a popularly-elected parliament. The King of Morocco, with vast executive powers, can dissolve government and deploy the military, among other responsibilities. Opposition political parties are legal and several have arisen in recent years.' This, of course, is a very good thing for both the Moroccans themselves as well as for those who visit or live there temporarily, such as students.

Take the Next Step to Study in Morocco

There are many potential advantages to an undergraduate Study Abroad Morocco, especially these days when an understanding of the Muslim world is so important to American foreign policy. Indeed, even if you choose to study a subject that is not directly related to the history or culture of Morocco, the mere fact that you are living there, absorbing the culture and hearing the Arabic language, might be of great help to you as you move forward later in life.

Studying in Morocco may be life-changing, as you immerse yourself in new cultures, new cuisines, and new experiences. Continued success as you find the right undergraduate program for your Study Abroad in Morocco experience.