The sun was shining and I had an aching in my stomach. It was time for me to climb the Harbour Bridge…the bridge with the longest single arc span in the world. Oy. Somehow I was convinced into believing this was the thing you “have to do when you’re in Australia.” So, I booked my ticket, along with my mom and Jenna and off we went. I could barely eat breakfast I was so nervous! We put on our super stylist jumpsuits and got all hooked up with radios, headphones, sunny clips, and awesome caps. Then, after taking a breathalyzer test and signing our lives away, we went off to climb along the top of the bridge. My nerves vanished after I realized how amazing the view was, and I did indeed NEED to do this in Australia. It was surreal. The sun was shining, the wind was blowing, and I was climbing higher and higher above the Opera House. We finally got to the tippy top of the bridge and I felt on top of the world! I was standing at the highest point on the bridge in open air. Amazing.

We started to get hungry and asked our wonderful tour guide (who gave over 50,000 tours) where to get some kangaroo for lunch. Before every meal we ate in Sydney, we hoped they had roo on the menu. Now, as a vegetarian, this was a big step for me…but it’s something that I “had to do when I’m in Australia.” How does this stuff always happen to me? Anyway, we found a place with kangaroo pizza, which I guess is the best way for me to approach this meat. I ordered a pear cider, sat in the sun, and waited for my 1/2 kangaroo-cranberry, 1/2 pumpkin feta pizza. IT WAS AMAZING! So tender and flavorful and I’m so glad I tried it. Now, will I try it again? No. My stomach didn’t really love the idea of digesting meat…that’s all I’ll say. It was great, and I’m glad I can say I tried it. What a day of firsts… 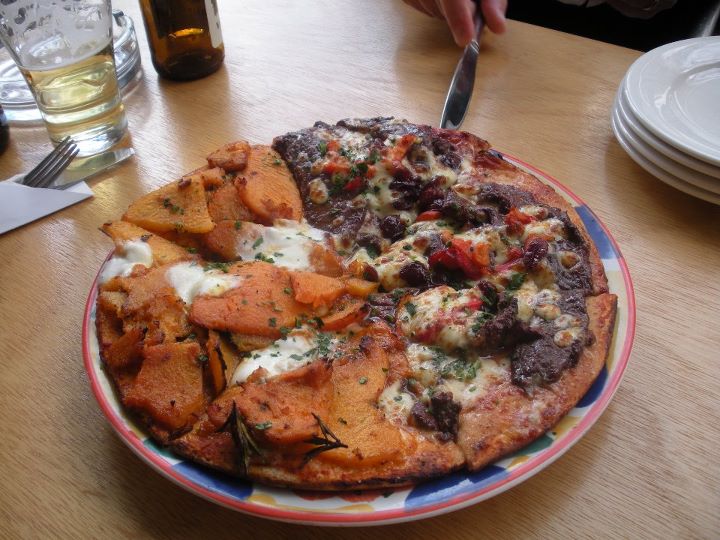 Then we walked over to a little street fair by The Rocks and got some mini cupcakes and a pastry as we walked over to the Opera House to take some tourist pics. I took hundreds of pics of an amazing piece of architecture and then realized how silly this was…but I got great pics. We went inside, and the bathroom was awesome! AWESOME! Super cook sinks. Then we were starting to get a bit tired from exerting ourselves on the bridge and we went to sit in the botanic gardens for a bit to relax. 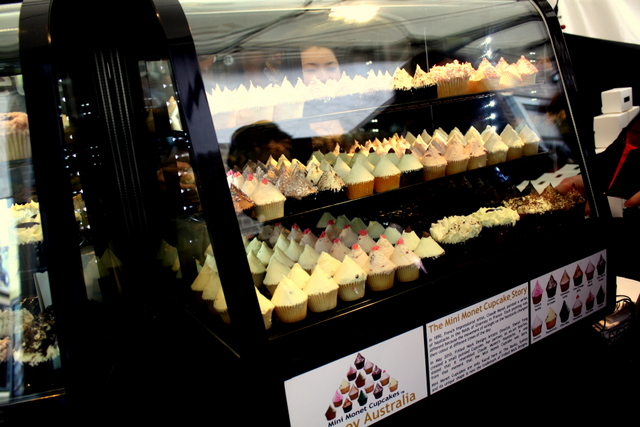 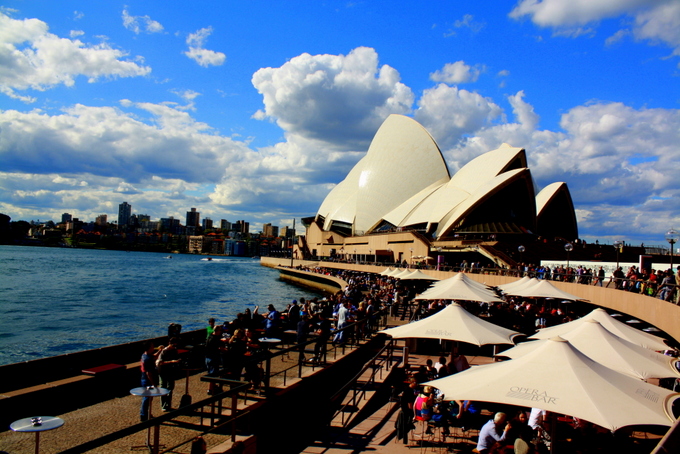 Dinner time at Spice I Am. Some wonderful Thai joint that’s been raved about in all reviews. No reservations. We showed up 20 minutes before they opened their tiny hole-in-the-wall storefront doors. We were the first to sit down among the other 10 tables in the restaurant. I got yum pad see yew and it was a great pre-flight meal back home to Melbourne. After a short flight and ride back to Queens, I was happily greeted by my friends who I had missed SO much after just three days away.