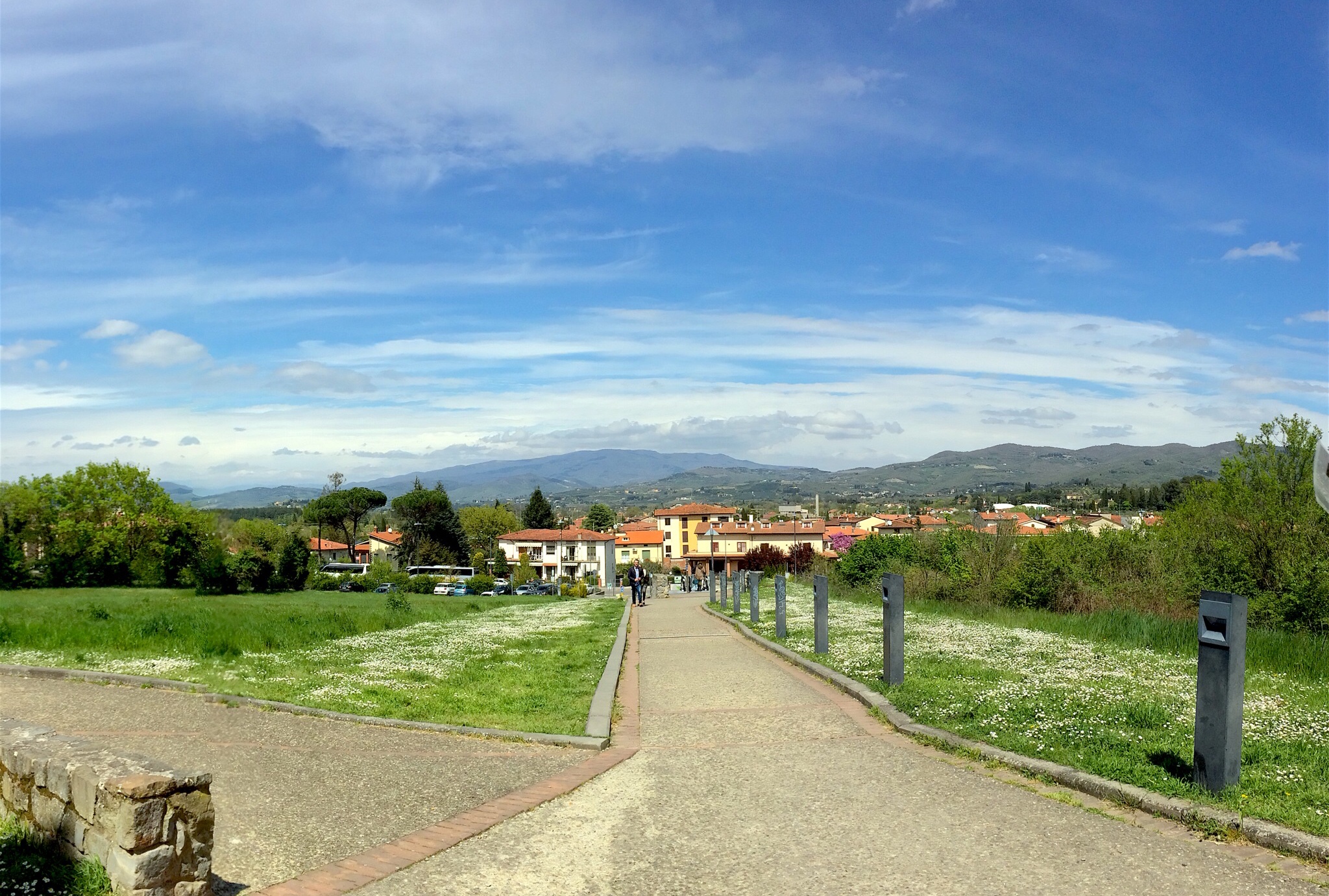 This weekend I had the opportunity to feel more connected to my life here in Italy while I spent a few days touring through the historic cities and countryside of Tuscany, specifically Siena and Arezzo.  Compared to the other places that I have traveled in my life, these two small and somewhat unknown cities did not excite me as much as my previous trips did.  Despite the obscurity of these towns, I was looking forward to getting a deeper understanding of the region of Italy I am currently residing in.  Of course I was expecting to like my trip, what I wasn’t expecting was to fall in love with it or feel connected to it the way I did towards the end. 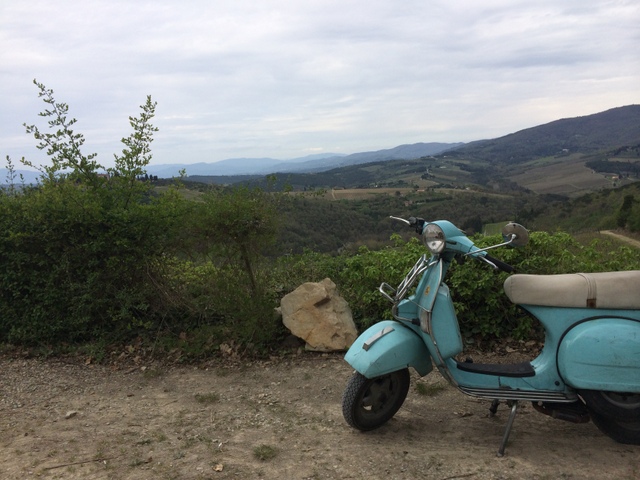 I can honestly say that I have never felt like I was so displaced from reality until I walked through the humble streets of Siena.  Upon first entering Siena, all I saw was a cascading row of those orange, clay roof tiles immersed among a hill of brightly bloomed, green trees.  Nothing about the city was either flat or wide but this added to the closeness I felt to the city.  I was enclosed within the city walls and encapsulated among Siena’s hilly terrain and profound culture.

According to what I have learned in one of my classes here in Italy, Siena was once a large and leading city in Europe; however, this would not be believable if I had visited Siena before learning this fact.  The town maintained similar qualities to that of Florence but both Siena and Arezzo alike were much smaller, much more peaceful, and simply felt more Italian. Unfortunately, the time we spent in both these cities was not very long since I had to hurry to the next stop, which would be a wine tasting in the surrounding area.  I wanted to spend more time wandering around but I knew I had to move on and pull away from the beloved newfound relationship I had with each of these places. 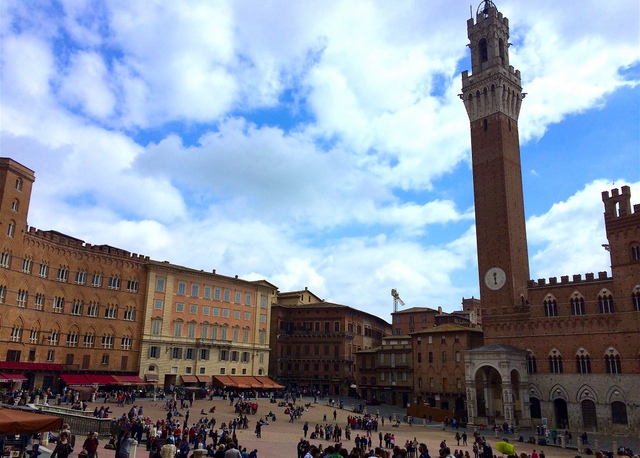 After a little while of driving our bus, which seemed too large for the path ahead, climbed the extremely steep rode that would take us to a Chianti Classico vineyard.  I had faith that the view would be worth the frightening journey to the top and I was right.  Stepping off the bus I opened my eyes to an incredible panoramic view of the surrounding Tuscan hills.  A view that I thought was only possible in movies and paintings was now right in front of me. 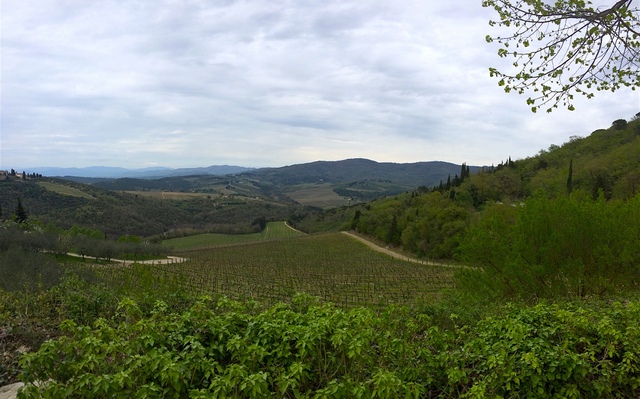 Although the breathtaking view and the quaint cities of Siena and Arezzo made me feel more connected to my life in Italy what made me feel at home the most was the opening statement of my vineyard tour guide.  He asked the group where we were all from and realizing that we were from The States he inquired if anyone of us were from New York.  I was from New York, my stomach leapt, as I was not expecting my home to be called out at the beginning of a vineyard tour.

“Ah,” my tour guide said, “you know the Verrazano Bridge?” 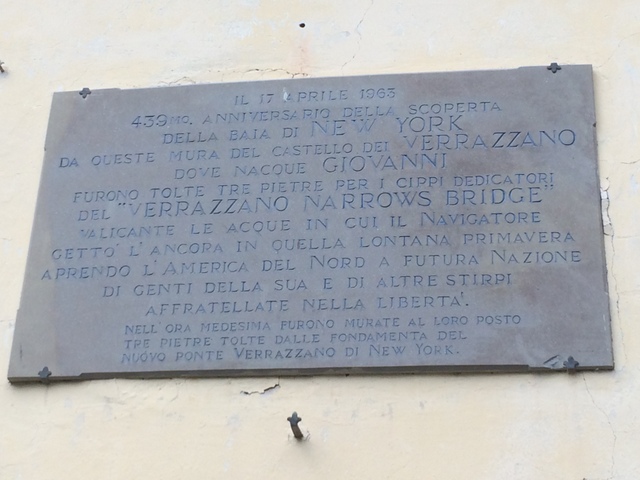 I was shocked because of course I knew it.  At school I would be able wake up every morning and see it from my bedroom window, at home I was able to drive to the shore and walk along the beach while gazing at it, and very often I drove over it to get to other part of New York City.  Upon answering his question, he promptly welcomed me to the vineyard that produces Chianti Classico, better known as Castello Verrazano. He pointed to a plaque on the wall that was in Italian; however, in big letters I noticed the words New York and Verrazano Narrows Bridge.  The guide informed me that the man whom the bridge is named after once lived here.

Although this was the end of our short conversation I have never felt more connected to a place that was so far from home.  It is such a small thing to be happy about but I find that while traveling for such a long time it is so easy to get caught up in all the differences that separate you from a destination.  Since a major part of traveling is to bridge cultures together the differences should not only be looked past but embraced, and the similarities should not be taken for granted but allow you to build a stronger connection to the place you are and the place you left.  After all, who would have guess that I traveled halfway around the world and found a piece of home. 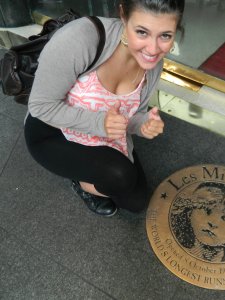 Melissa Calato is a student at Wagner College and an official API Student Blogger. Melissa is studying abroad with API in Florence, Italy.