API took us on a trip to the movies in Seville last week. It sounds simple—pick a time, get some popcorn, and you’re set—but there was a little more to it than that.

Getting to the movie theater required us (successfully) testing out the Metro system in Seville to get to a more residential part of town. The theater was on top of a mall and offered a lot of popular American movies, with the option of English with Spanish subtitles or just with Spanish voiceovers. We were lucky that our API Resident Director picked a Spanish movie called “Perdiendo el Norte,” which in English means “Losing the North.” It was a comedy that highlighted the struggle happening in Spain with young people graduating college, earning their masters degrees, and then not having any jobs available to them because of the economy. Two friends moved to Germany to find work there, and the movie shows their experience. Because of the different languages and abundance of movies, I was glad Fabio was there to choose because I would’ve had no idea which one to choose. 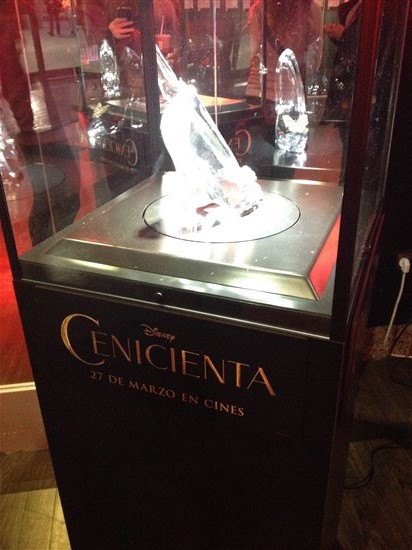 While the basic aspects of the night were the same as movie-going in the US, there were a few differences: the seats in the theater were assigned, you could bring your own food in, and it was much cheaper than it is in the United States. Things here are typically the same price, if not more expensive, than things at home, and it was just nice to sit and watch a movie. It was something that wasn’t overwhelming, but still a new experience watching a movie in Spanish and actually being able to understand what they’re saying. I was pretty proud of myself for making it through and laughing at the right places.

After the movie discovery with API, on our day off from class, a friend and I caught a matinee of the new Disney “Cinderella” movie, which here was called “Cinicienta.” While the lip dub was a little distracting, it was another easy afternoon out of the heat and opportunity to explore a new neighborhood.

Studying abroad is full of so many new things and it’s easy to forget that there are similarities in things 19-year-olds do both in Spain and in the United States. It was a new adventure that lead us to a familiar thing. After 3 months away, I have to admit, a movie with popcorn was just what I needed.  Sometimes it’s the little things.

Sarah Dougherty is a student at the University of Alabama and an official API Student Blogger. Sarah is studying abroad with API in Seville, Spain.