We drove for a day and half straight with a night stopover
in Agnes Waters…literally there was nothing to do here, so I’m glad we got
dropped off for dinner and picked up before brekkie. They didn’t have a vego
meal, and I don’t even want to tell you what the shower looked like. The room
had a bed, and that’s all I needed.  The
next day, on our way to Rainbow Beach, we stopped at a reptile farm and saw
some of the deadliest snakes in the world, turtles, lizards, and alligators. I’ve
never seen an alligator in action, but whoa, they are the most amazing animal,
literally. We got there just in time for their feeding, and I could have stayed
and watched the two animals swim and interact all day. Sure, they were rather
lazy, but when they started chomping on their raw meat, it was incredible. Just
to picture it…the alligator was 4 meters long, that’s twice the size of Brad!
We then got the opportunity to hold a python around our neck, and while I was
really reluctant for a while…somehow I was convinced into having it around me.
I didn’t want to touch it, I’m quite squeamish around them, but I did it. If
there’s one thing I’ve learned about myself on this trip, is that I’m a lot
braver than I believe I am. What else is there on the list of things to do now?
HEAPS! Then I held a baby croc and it was amazing! I’m just so fascinated by
them. Their eyes are wild, and their skin is like nothing I’ve felt. 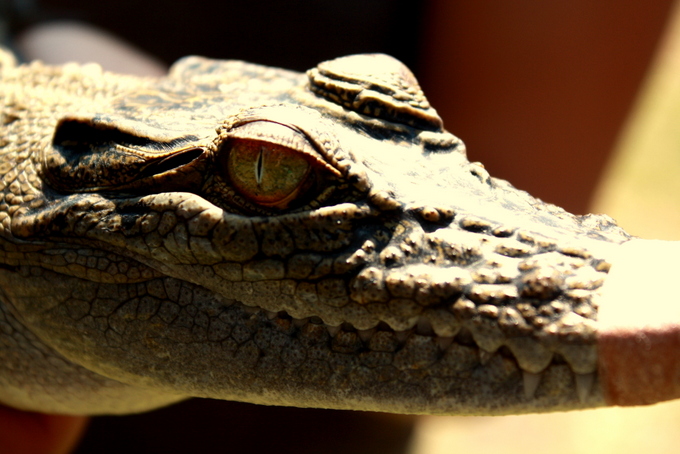 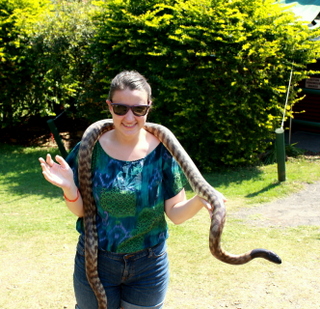 Oh – and how could I fail to mention that we stopped at the
Tropic of Capricorn! How cool!? It was a little tourist center with tons of
signs and cool arrows. 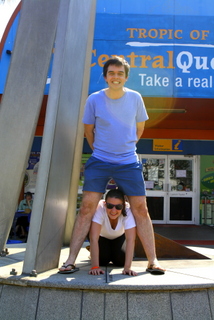 As for the long bus ride, it was FUN! We stopped for food
often, got out at a really nice lake, and saw some wild roos. While these bus
rides probably sound tedious, I mean who could sit on a bus for over 12 hours.
I can! I got to be the DJ for a bit…as soon as I put on Book of Mormon, I got
some death stares. If I were to fly from once location to the other, I would
have missed out on so much of the amazing scenery in between the beaches. There
was tons of farmland and lots of forests. Australia is currently conducting a
lot of bushfires, which encourages new grasslands for hunting and vegetation.
So, it’s normal to see huge forests burning, and it smells nice too. The
majority of the stops we took for meals were in pretty “trashy” towns…white
trash…bogan. It’s just like the states, I mean, what’s in the middle of the
country? There are beautiful mountains surrounded by towns with nothing but a
gas station and a McDonalds. 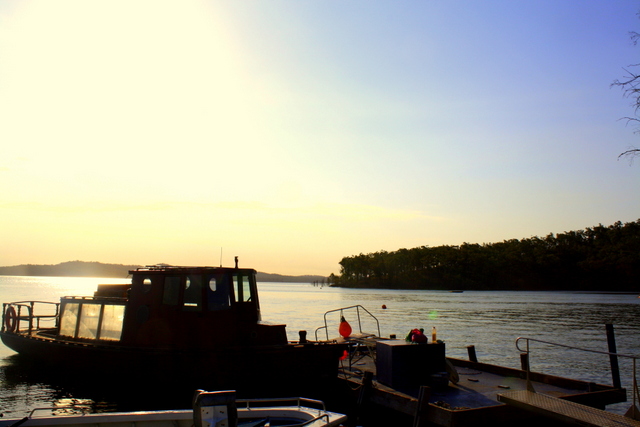