As an American college student, I am accustomed to being overbooked and overextended. In Spain, however, I have learned that life is sometimes better when it is unplanned. Not only is the culture here more accepting of leisure time, but I have found myself in a place where I am able to explore and try new things at the drop of a hat. Never before have I lived in a city where public transportation was so affordable and readily available, and I have been taking advantage of my host city's central location as the capital of Andalucia.

During our spring break this week, I decided to travel to some of the small towns around Sevilla, mainly the ones to which Sevilla has direct bus routes.  This led to a day spent at a nearby beach called Matalascañas. When the bus arrived, it pulled up to a bus station that was little more than a glorified parking lot.  I disembarked and followed the signs to the beach and then spent the rest of the day relaxing in the sand and walking with my toes in the frigid Atlantic water.  It was easy to forget that I was not somewhere along the Gulf of Mexico because all of the beachgoers were doing exactly what beachgoers tend to do: playing games, sleeping under umbrellas, and reading magazines.  One look out into the ocean though made it very clear that this beach could not be American because a medieval tower called the "puño," or fist, had crumbled into the water a few yards off the shore. 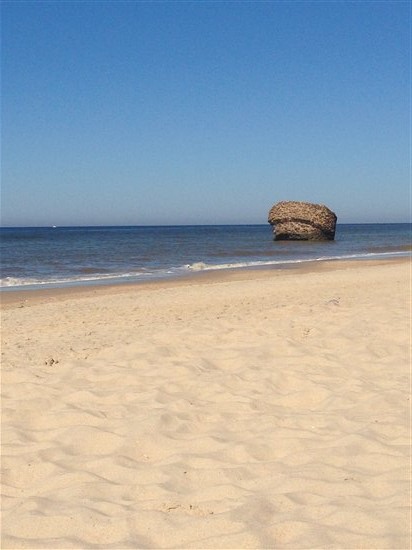 I had hardly returned from my beach trip when I made the decision to go on another spontaneous bus ride the next day.  This time it took me to Ronda, a small town nestled in the mountains of southern Spain.  The views on the ride alone made the trip worthwhile; we travelled through empty roads that curved around rolling hills and mountainside farms. Andalucia has some of the most fertile farmland in Spain and I was excited to be able to get a taste of the countryside.  Ronda is most famous for its beautiful bridge that spans the length of a gorge. I wandered until I found the bridge and then hiked down into the gorge to see the waterfall up close. After a slightly treacherous descent, I was rewarded by a beautiful sight: a grotto filled with emerald green water nestled into the rock.  After taking those trips I feel that I know the southern region of Spain well and have a new appreciation for all that it has to offer. It isn't just spontaneous trips that have brought me new discoveries in Spain; I have had many unplanned adventures in my host city as well. 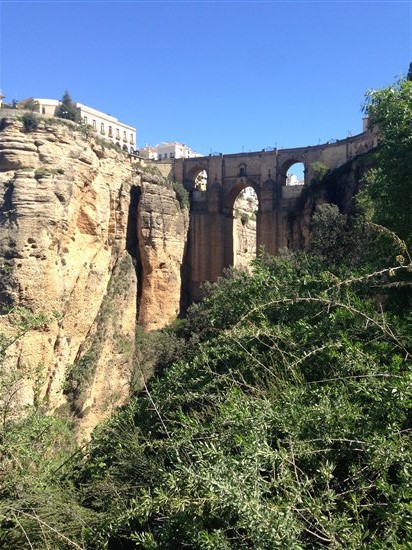 Recently, I experienced my first real rainy day since my arrival in Sevilla.  It also happened to be the day that I had planned to go shopping with some friends.  We didn't let the rain hinder our plans, but at one point the downpour was so heavy that we ducked into the nearest shop to wait it out.  What we found inside was a picture-perfect cupcake shop, and of course we had to try it.  I bought an orange cupcake that remains one of the best cupcakes I have ever tasted.  I have had sweet surprises just like the one I experienced that afternoon throughout my time in Spain; all I have to do is be open to a change in plans! 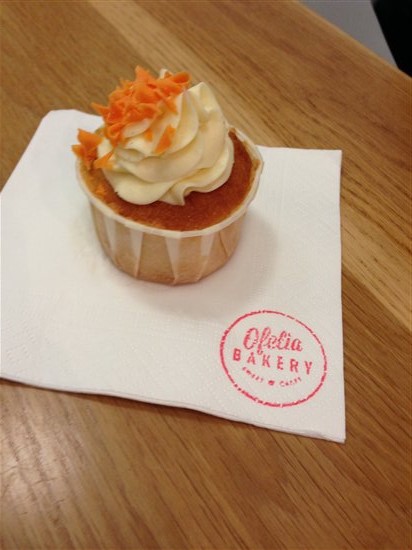 Laura McCarty is a student at the University of Alabama and an official API Student Blogger. Laura is studying abroad with API in Seville, Spain.