It’s been one day since I returned to Barcelona from traveling along the Amalfi Coast in Italy over the past 11 days. I was lucky enough to have a long spring break, also known as Semana Santa, which allowed me to be able to spend so much time traveling. Simply put, the Amalfi Coast is beautiful. 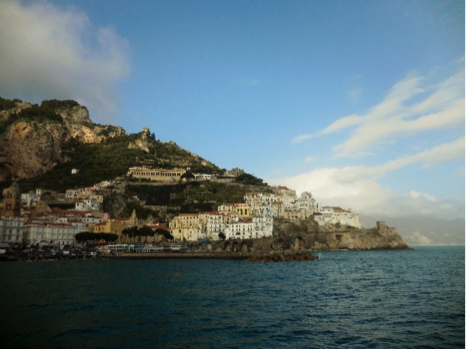 I started off my journey in Naples and worked my way down to Capri, with stops in Pompeii, Sorrento, Positano, Atrani and Amalfi by use of both ferries and bus—although I definitely prefer the primary. I flew into Naples, where I spent 3 days exploring the streets of Italy and took in several incredible views that all differed from one another. I think that was one of the best parts about the Amalfi Coast, especially Naples—none of the views resembled one another yet they were each just as breathtaking.

From the view of the Castel Dell’Ovo... 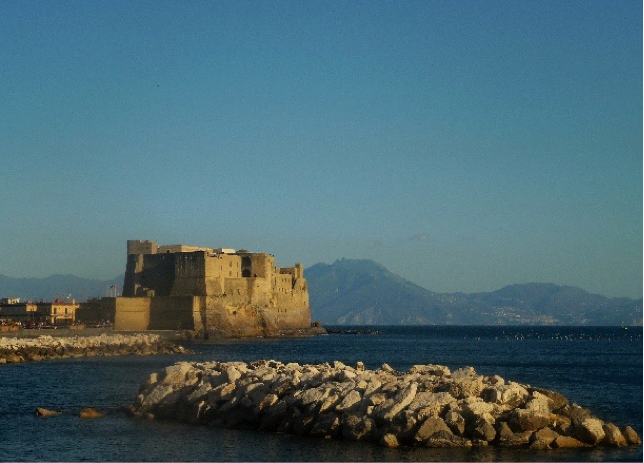 Check out the infamous volcano, Mount Vesuvius, located directly behind the castle in the background.

To the view from Parco Virgiliano, a popular park that’s about a 20 minute bus ride from the city center of Naples and has views that can only be properly explained through pictures. 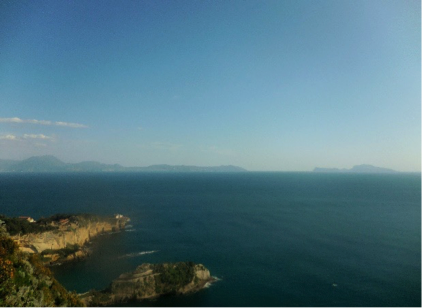 To the view of the entire city of Naples at sunset from the Castel Sant’Elmo, which can be easily reached via the funiculi, the train in Naples, which is a mode of transportation used in the city along with the metro. 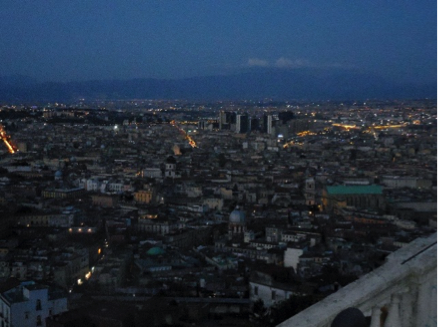 I may have ran to capture the entire sunset on time—and squeezed past several couples who were watching the sunset together in order to see  the best views.

After seeing some great views and meeting even better people, I continued my journey onto Sorrento, spending the night in a hostel there before exploring Pompeii the next day. In Pompeii, I explored the ancient ruins of the city. You may have heard a reference to them in the song “Pompeii” by Bastille, but here’s a picture so that you’ll be able to have something to put the words to. 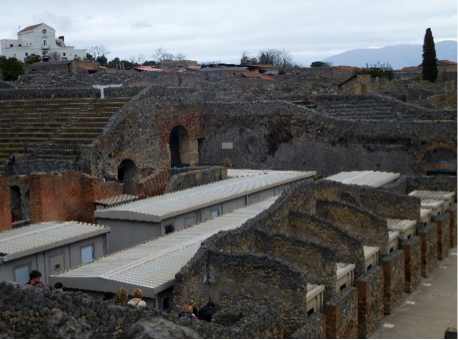 I returned back to my hostel in Sorrento post-day trip to Pompeii. However, my direction skills unfortunately still have yet to improve and I got a little lost on the way back. It all started when I saw a body of water in the distance, which led me to this view. 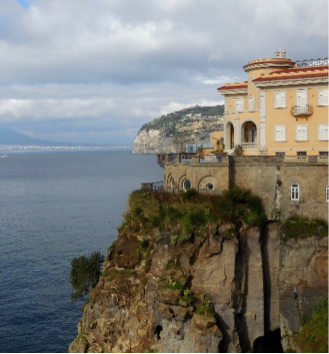 Once I eventually found my way back to my hostel, I picked up my luggage and walked to the train station to leave for Amalfi. I ended up taking a bus from Sorrento to my hotel, which was located just outside of Amalfi in Atrani. I stayed there for a total of three days, during which I spent most of in Amalfi and then an half a day in Positano. 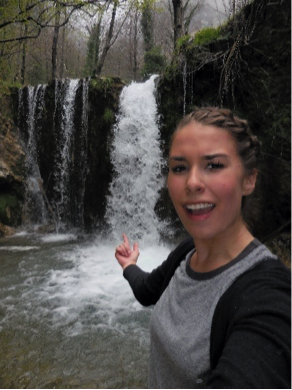 Taken during my hike through the Valle Delle Ferriere in Amalfi, which is filled with waterfalls—something that I was quite enthusiastic about.

The last leg of my trip started off with a ferry ride from Amalfi to Capri at 9:30am, which I barely made with two minutes to spare despite the fact that I woke up at 8 (okay 8:20) because I was afraid that I was going to miss it. After sailing into Capri though, I was definitely glad that I didn’t miss it. 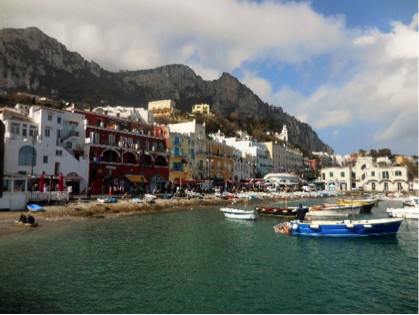 I spent 3 blissful days in Capri, throughout which I spent my time doing everything from riding on a chairlift through Capri to catching some great views. 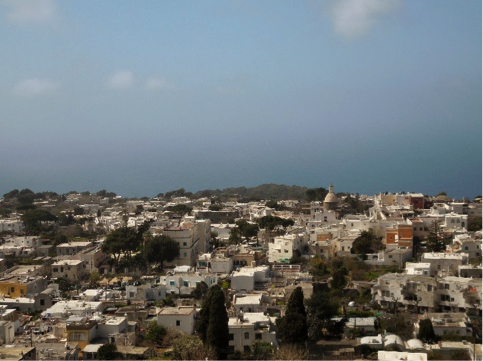 Then exploring Marina Piccola, which is what I imagine paradise looks like. 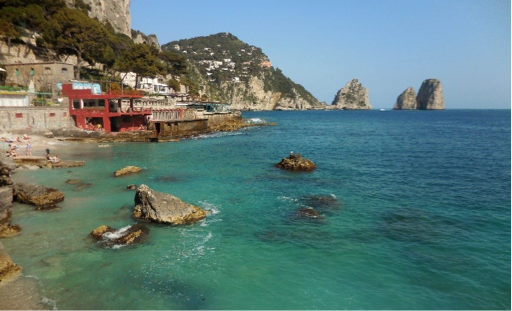 And that concludes the best spring break of my life. Next up, Lisbon, Portugal, along with a day trip to Sintra, this weekend.

“The journey of a thousand miles begins with a single step.” –Lao Tzu 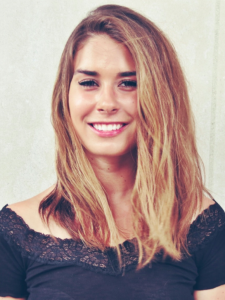 Kendall Keefer is a student at Virginia Commonwealth University and an official API Student Blogger. Kathryn is studying abroad with API in Barcelona, Spain.