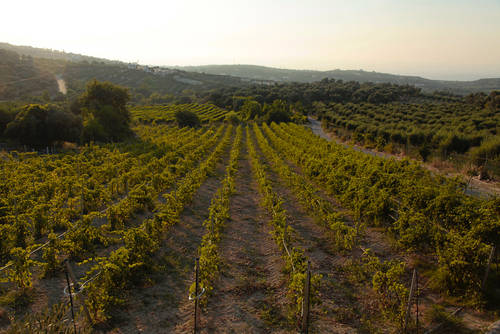 Beside the blue waters of the Mediterranean may lie a perfect program for you to volunteer abroad in Greece. The bright Hellenic Republic could provide experiences for those seeking to change the world: whether that’s through social services, conservationism, or some other act of goodwill. The country may also offer up distinct adventures of its own: exploring the mythological history of its cities, basking in the sun on its white beaches, or sampling the distinctive cuisine.  Volunteering abroad in Greece may require you to give a bit of yourself, but the country will likely quickly return the favor.

Why Consider Volunteer in Greece Programs?

By volunteering abroad in Greece you could have access to a variety of hands-on volunteer projects. If your interests lie in environmentalism, Greece presents a great opportunity. With its coastal boundaries, Greece is a perfect location to volunteer to help native wildlife. Notable programs promote conservationism – specifically with the area’s turtle and dolphin populations. Other programs promote out-of-the-classroom experiences serving the local Grecian community. These could benefit those pursuing a teaching concentration or other areas of human services. Whatever your areas of interest, there could be a perfect volunteer program in Greece for you.

As many may tell you, the Greeks are well-known for their theatre. Authors like Sophocles and Aristotle began an ancient theatrical tradition that you might be able catch a glimpse of in theaters today. Some performing troupes still present productions in the classical format: in large outdoor amphitheaters. New, modern Greek plays can also be seen in standard theaters throughout the country.

DID YOU KNOW? Athens is named after its patron god, Athena. Poseidon challenged Athena to a competition to earn the city’s name, but lost when Athena created the olive tree.

Thanks to the creation of the olive tree by Athena, Greece is well known for its olives and olive oil. Many meals are accompanied by a bowl of the native fruit, or with a basket of bread for dipping in the oil. If you’re looking for something on the sweeter side, grab a plate of baklava for dessert. The flaky, layered pastry is often covered in honey and nuts to become a decadent dessert. Looking for something more adventurous? Octopus is a Greek delicacy that could be marinated, grilled, braised, or stewed to suit any palate.

Greece’s past is heavily entwined with its mythology, and many of its famous structures were built to honor one or more of those ancient deities. The Parthenon in Athens was built in dedication to the Goddess Athena after she became the patron deity of the city. The Temple of Zeus at Olympia was built between 472 B.C. and 456 B.C., making it great stop for those wishing to see a temple constructed in the classic style for the king of the gods.

Off the coast of Greece are a smattering of tiny islands each with a unique culture to explore. Often accessible by ferry ride, or short plane flight, these islands are a perfect getaway after a long week volunteering. Santorini is known for its iconic, stark white and blue buildings and its stunning views at sunset. Corfu, sometimes known as The Island of the Phaeacians, is also open to foreign tourists looking to explore the Ionian Sea. While there, be sure to visit Old Town, an UNESCO world heritage site, to see ancient palaces, fortresses and public buildings built during Venetian rule.

Volunteering abroad in Greece could be a give and take relationship. Students help specific causes within the country, furthering their own volunteer experience and assisting those in need. In return, they may be able to enjoy the sights and sounds of the Mediterranean country: the food, the architecture, and the culture. Finding a perfect volunteering abroad in Greece program could be the next step in your own personal development – both the hard work and the fun! Simply browse the listings below to get started. Or click “Learn More” for additional information on programs that interest you. Good luck in your search!