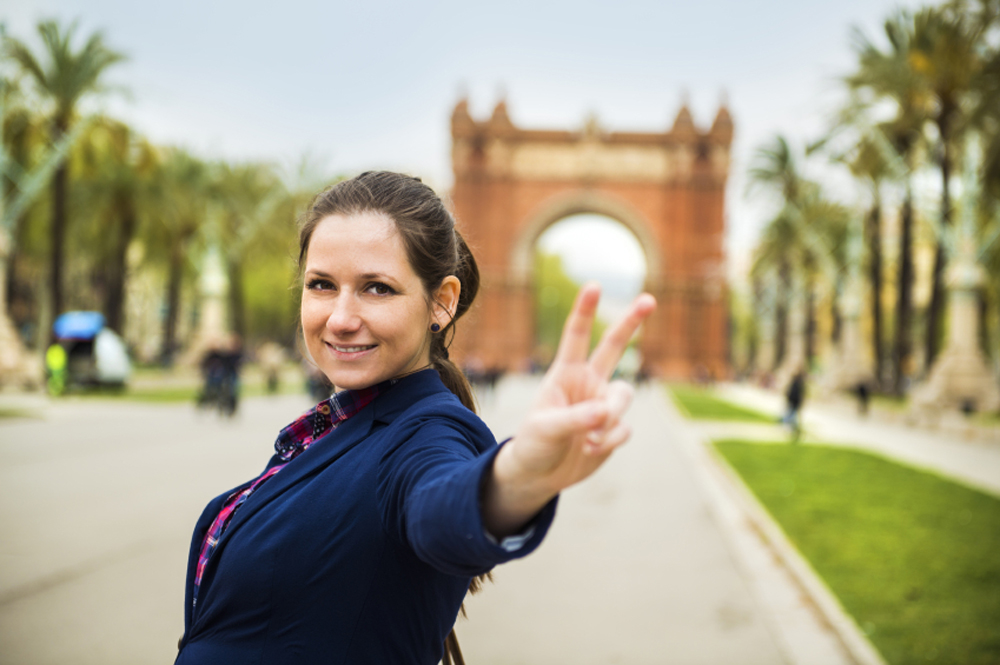 Top 5 must's for studying in Spain

Spain is undoubtedly a must-see country for many people. From the sangria to siestas and salsa dancing, it’s no wonder why Spain is one of the most popular destinations for students seeking a semester (or even two) away from the daily doldrums of domestic university life. Put aside the obvious bragging rights of studying abroad in Spain, and there are serious perks of absorbing yourself in the disparate culture and the opportunity for international business experience with internships in Spain. As for the language, Spanish is one of the world’s most spoken languages. What could be better than to learn to speak Spanish in Spain? It never hurts to brush up on your communication skills to feel more like a local and less like a tourist while making yourself more marketable for future employers.

Julia Costa eagerly chose to spend a semester in Spain during the fall of her junior year at American University. Although she only had a few years of classroom Spanish under her belt, she was able to land an internship in Spain and acclimating was no concern. Julia offered this insight, “Spain is a country full of many parts, which means that each region is extraordinarily different. One person's experience in Madrid could vary greatly from another person's experience in Granada or San Sebastian.”
Julia talked about the incredible freedom she experienced in Spain. “Existing as a traveling, college student is the most carefree existence there is. Spain is wonderfully situated--you can travel anywhere at a reasonable rate,” she said.
She offered a list of musts for anyone planning to study in Spain:
1. Go to bed every single night (or morning) utterly exhausted.
When you want to sleep in, decide to get up out of bed. Spaniards (Madrilenos in particular) never sleep and I encourage you to join the fun.
2. Plan ahead.
I made lists of places I had to see and I'm so grateful because I actually ended up seeing them. In that vein, if you're in Madrid the Prado is great, but the Reina Sofia is my favorite museum.
3. Walk everywhere!
There are only a few sketchy areas and for the most part Madrid and most of Spain is very walk-able. The public transit system is wonderful, but if you have the time, I'd definitely recommend walking. If you have a phone with a GPS or maps feature, great, if not, Moleskin makes “City Notebooks” with smaller maps...this helped me avoid looking like a tourist.
4. Dance.
5. Eat everything!
Spain is more than just ham. I promise! If you take this bit of advice I would suggest you accompany it with #3.

Fahima is a copy aide for the Washington Post and has a BA in journalism from American University. She studied abroad in London, England during the Spring of 2009.
Sponsored Results
Sponsored Results