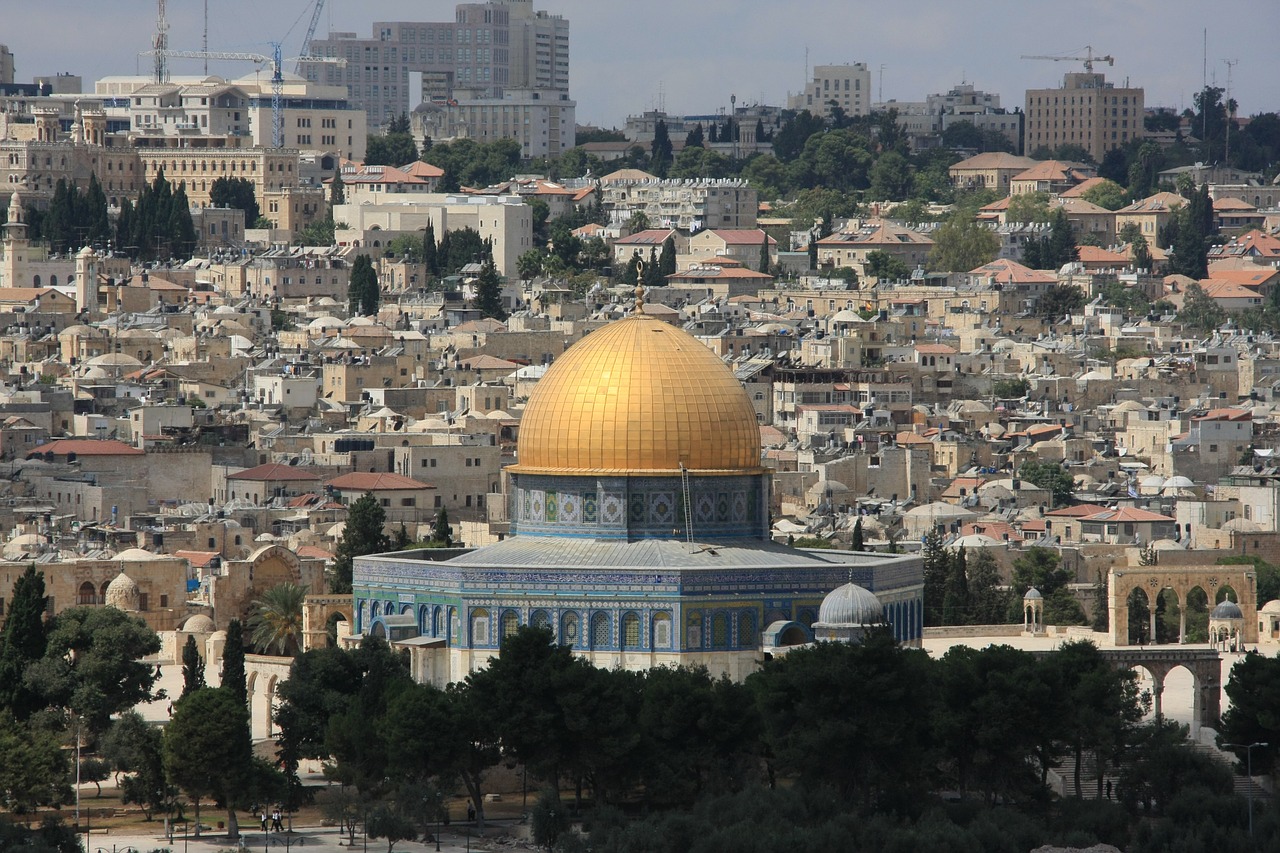 Israel as a whole is a very religious state. Just walk the streets and you can find Christians in the Church of the Holy Sepulcher, Jews at the Western Wall, and Muslims among the Al-Aqsa Mosque. Wherever in the state of Israel you go, and whatever your faith may be, it’s not hard to be swept up in the emotional tide roaming the ancient streets. Israel is more than just a religious nation, though; the history, dating back thousands of years, can be seen in the stunning city of Jerusalem. This powerful, awe inspiring city is a combination of past and present architecture and people. I will never forget the sight of a fully clothed Hassidic Jew waiting for the afternoon bus while on his iPad. Between Yad Vashem, The Knesset, The Wailing Wall, museums, and tons of bazzars, sightseeing will never get boring.

Jerusalem, also known as the Old City, is known for its stone labyrinth alley ways. This city has inevitably powerful effects on its visitors as a breeding ground for political activism, religion, and appreciation for human history. There is no way to see the entire city in only a week, so spending a semester here would be ideal... you’d be surprised at how much a nation the size of New Jersey has to offer!

Eighty kilometers away is the energetic city of Tel Aviv. Contrasting the religious nature of Jerusalem, Tel Aviv is ready for a party. Here you will find a laidback attitude and crowded cafes. Touring this city can be done in a couple of days – just make sure you get a chance to visit the beaches, Yemenite Quarter, and Rothschild Blvd, the fashion district. The tree-lined streets and Mediterranean Sea breeze will not disappoint!

Along the journey between the two major cities of Tel Aviv and Jerusalem, you must make a pit-stop at Mt. Masada, the Dead Sea, the Negev desert, a kibbutz, and the beaches of Eilat. Israel is located on the eastern part of the Mediterranean – so it’s no question as to why the wine, olive oil, falafel, and shawarma are the best around.

After officially becoming a state in 1948, Israel has become one of the most passionately driven regions in the world. Despite the tension and popularity in the news, Israel is truly beautiful and powerful. The combination of the unique people, stunning languages spoken and striking scenery make this nation a must visit.

“Israel was an experience like no other. The country has such a spirit and an amazing history. It was unlike any other European country I’ve visited; the food was phenomenal and the people were truly friendly and welcoming.” – Samara Appelstein