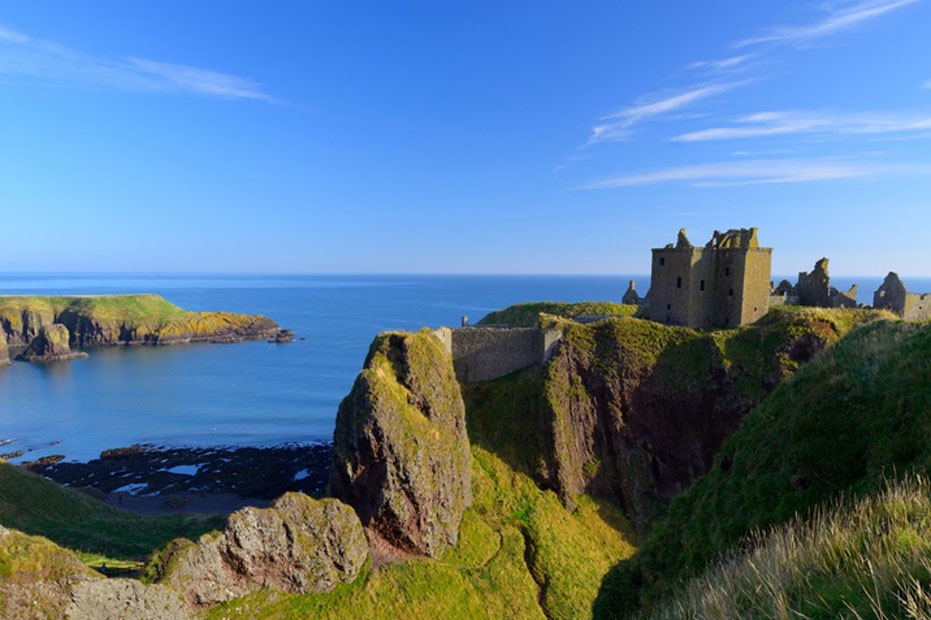 Thinking about studying abroad in Scotland? The second largest country in the United Kingdom, Scotland has a lot to offer the curious student traveler. Whether you want to explore the beautiful Highlands and Lowlands, visit famous castles, immerse yourself in the lively music and arts culture in Glasgow and Edinburgh, catch a glimpse of the Loch Ness Monster (or at least try), or study in some of the oldest universities in the United Kingdom, Scotland might just have what you’re looking for.

Immerse Yourself in Scottish History

You might already have heard of William Wallace (famously played by Mel Gibson in Braveheart), but he’s only one of many examples from Scotland’s long and fascinating history. Scottish history goes back more than 8,000 years, leaving behind a wealth of prehistoric artifacts, such as burial cairns, standing stones, and other structures.

Scottish history also intersects with a number of other historical cultures. To this day some areas, such as the Shetland Islands, retain distinct Norse cultural influences dating back to Viking presence in the area. But Vikings weren’t the only settlers and would-be conquerors. Parts of Scotland, along with the rest of the British Isles, were also under the control of the Roman Empire. One of the most famous remnants of Roman presence is Hadrian’s Wall, an ancient ruin with an unexpected influence on modern popular culture—it served as inspiration for author George R. R. Martin for The Wall in his series, A Song of Ice and Fire!

Scotland also has a historically complex relationship with its immediate neighbors and the United Kingdom as a whole. Examples of this been portrayed in popular culture such as Braveheart and the book and television series Outlander, and in many ways, this independent spirit still persists in Scotland today.

Today, Scotland boasts a vibrant culture, rich with artistic and academic accomplishment, a unique political system, and a great sense of national pride. It isn’t all kilts, bagpipes, and haggis, though you’ll certainly find those if you study abroad in Scotland. From its unique dialect and even language—Scottish Gaelic is still spoken in some areas—to its distinct worldview and traditions, you could learn a lot if you choose study here.

Interested in learning about politics while you study abroad in Scotland? Scotland’s political system functions somewhat differently from those of its neighbors. Scots Law is based on the Roman system, but retains some influences from other groups, such as Udal Law (from the Norse) as well as Celtic influence, making it a fascinating and unique system to study.

Scotland also boasts a strong sports culture.  Scotland has two association football leagues and their national team has even competed in the FIFA World Cup. If you’re a rugby fan, you might be able to catch a game with the Scotland Rugby League, or even a national team match if you’re lucky! Scotland is also the originator of golf, and home to some of the most famous courses in the world. All this is in addition to the famous Highland Games, a traditional spring and summer sporting event in which participants compete in a host of traditional Scottish sports, as well as traditional music and dance.

If you study abroad in Scotland, you also might have the opportunity to attend a cèilidh, which is a social gathering typically involving folk music and dance. These events might be a great way to learn about Scottish folk music and country dances, as well as experiencing how older and more historical traditions blend into contemporary Scottish cultural identity.

Traditional artistic expressions aren’t the only ones you might learn about. Scotland has a long history of artistic achievement, from literary greats like Robert Louis Stevenson, Arthur Conan Doyle, J.M. Barrie, and Robert Burns, to more contemporary writers like Irvine Welsh and Carol Anne Duffy. Scotland is also home to a thriving music and art scene, especially in urban areas, making it a great choice for aspiring musicians and artists alike.

Study Abroad in Scotland – A Unique and Memorable International Experience

If you want a study abroad experience that’s slightly off the beaten path, rich with history and vibrant local culture, studying abroad in Scotland might be a great option for you. From the mountains and coastlines to populous cities, Scotland has that balance of historical significance, modern culture, and unique perspective that might make your international education the truly unique and valuable experience you’re looking for.