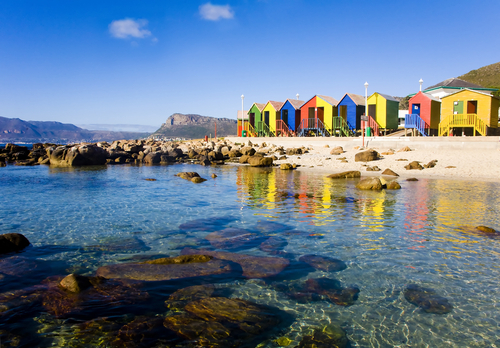 If your goal is to learn a language or perfect your English in a life-changing, beautiful setting, then perhaps an intensive language study in South Africa  -  a land of 11 official languages – could be a great option for you.  South Africa, which is half-a-world away from the United States or Europe, is a great setting for study. It is home to several programs to enhance or perfect your language skills with an opportunity to explore South Africa. Keep reading for more Intensive Language in South Africa Programs information.

There are 11 official languages in South Africa:  English, Afrikaans, isiNdebele, isiXhosa, isiZulu, Sesotho sa Leboa, Sesotho, Setswana, siSwati, Tshivenda, Xitsonga, Indigenous creoles and pidgins. That’s not including the more than a dozen other languages from Arabic to Urdu, which are all regularly spoken in South Africa and recognized in the country’s constitution.

With all these options, it isn’t surprising that most South Africans speak more than one language. Also, some South Africans use many different languages in the same sentence. Still, the most common language is Zulu, while the language of commerce and official communication is English.

Business majors might be interested to know that approximately 10 million South Africans speak Zulu as a first language. Also, many more speak it as a second language. If you’re interested in pursuing business opportunities in South Africa, then knowing Zulu could open more doors for you!

Intensive language programs for languages including English as a Second Language, Xhosa, and Afrikaans in South Africa include traditional classroom settings, internships, volunteer opportunities and more that encourage spoken and written language usage. These language skills and travel experiences might give you an edge when pursuing certain careers, making it well worth the journey.

On the Ground Learning

Every interaction is an opportunity to improve whichever of the eleven official languages you decide to study in South Africa. While English is the common method of commerce and communication there, most South Africans speak more than one language. So while at the market getting your Cape gooseberries, fresh oranges or sweet melon, or picking out the best South African wine, you will be immersing yourself in a real-life experience .

Learning a language abroad is an opportunity to learn the culture and context beyond the spoken word. There are subtle nuances of a language that sometimes have to be experienced with native speakers outside the classroom.

Imagine lessons among the surf, heading off on safari, being on the Cape of Hope, or in the shadow of the iconic Table Mountain. South Africa with its vast and rugged landscapes is home to some unique wildlife. Where else can you ride an ostrich, dive with great white sharks and kayak among hippos and alligators, all in the same country?[i]

In Cape Town, you can experience the benefits of both city life and nature – at the same time! For example, the Table Mountain Aerial Cableway takes visitors up the iconic mountain with 360-degree views near the top. The Cape of Good Hope Nature Preserve, which is on the southern tip of the cape, has hiking beaches and wildlife such as zebras, baboons, and eight kinds of antelopes. But there are also opportunities to learn about some of the socio-economic conditions. For example, a township tour in mini bus into some of the poorest communities in Cape Town could help build a greater understanding of the culture.

Did you know? University of Cape Town is situated on the slopes of Table Mountain’s Devil’s Peak. It is known as one of the most picturesque campuses in the world.

South Africa is a land of sun and sea. If you’re looking for an ocean excursion while learning English, Zulu or otherwise, you could try Durban[iii], where one million South Africans flock to each summer for its ocean exposure. The boardwalk, spanning the length of the beachfront, was redone in 2010 for the World Cup. It’s also a hotspot for Zulu rickshaw rides and crafts, and a great place to practice Zulu.

Imagine – all this fun and you’ll also be learning! So take the first steps on your adventure in South Africa by checking out the perfect intensive language study program for you on studyabroad.com.