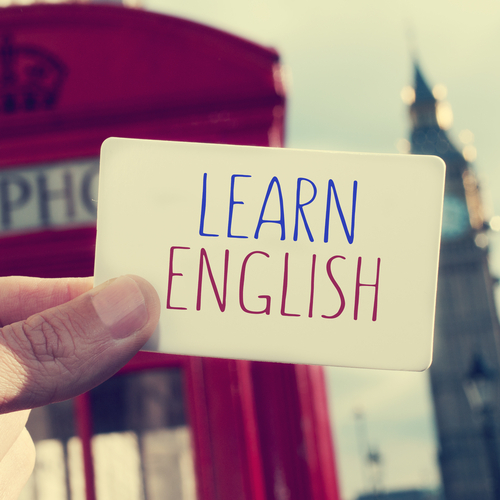 If you are a student desiring a program that might help you gain proficiency in English or Spanish perhaps a language immersion in London is the perfect choice for you. London is a city where English is primarily spoken but other languages might be heard. That means you have the chance to live and study in a place where you could be constantly testing your language skills.

Why is Language Immersion in London the Perfect Choice?

Still not sure if a London program is right for you? Here are some features that may persuade you:

Did you know? Over 50% of English comes from Latin![iii] Those who had a Latin course in school may have an easier time finding connections.

There are quite a few countries where the primary language is English but an intensive language program in London could quite possibly be the perfect spot to gain exposure to the language. When it comes to entertainment and culture, there are many options to choose from. Even before the time of Shakespeare the theatre had a strong presence in English culture and it still does to this day. Students in an language immersion program would greatly benefit from experiencing a show or two down in London’s West End.

Spanish students have no lack of cultural events to visit as well. If you’re taking a spring semester or yearlong course, be sure to take part in the annual La Linea Latin festival![iv]

Learn English in its Birthplace

If you are a student seeking to learn more about English then a language immersion in London has the potential of being an unmatched opportunity to enhance your studies. It is important to remember that all study abroad programs, including an immersive language program, is what you make of it. In other words, the learning process does not have to end once you leave the classroom. In fact there are many advanced conversational styles unique to British English you may learn just perusing local shops or pubs. The experiences you may have in London could help you gain understanding of English that you might not have gained any other way.

And A Great Place to Learn Spanish, Too!

Native or fluent English speakers could benefit from taking an intensive Spanish course in London as well. London is home to the largest group of international students at one time. This creates a unique opportunity to connect with other students from around the world. Although the primary language of London is English, most of the residents speak at least one other language. Don’t be afraid to engage in other Spanish speakers when in London. In fact, some may appreciate your effort and help you along. Another perk of being in London: you are only a two hour plane ride away from Spain if you’re up for it!

A Promising Career May Be in Your Reach

English is spoken by over 400 million people, which makes it as popular as Instagram.[v] For many companies English is the primary language they do their business in, so learning it might open up many more opportunities to you professionally than before. You may even be able to network and communicate with other industry professionals you might have not met without learning English. Bilingual workers have the potential to gain rewarding positions at multinational companies. Whether or not that is your goal, learning English would be also learning the language or science, computers, diplomacy and the internet.[vi]

Spanish is a popular secondary language choice for many Europeans and Americans alike. In fact, over 35 million Americans are Spanish speakers today.[viii] This is not only due to the fact that there are more Spanish speaking individuals immigrating to the United States but also because foreign language courses are regularly taught in schools. Businesses have took notice and many job openings in the United States may require or appreciate a candidate’s bilingual skills. A student who wishes to master the Spanish language might enjoy a rewarding career in an international company, whether their desired home base be in America or Europe.

There are quite a few of language immersion in London programs to choose from, but whichever you end up choosing a study abroad program in London might definitely be the educational and personal college experience you’re in search of. Course lengths, class intensity and schools may vary but the potential options are just a click away on StudyAbroad.com. To search for specific programs click the menu items “select a duration” and “select a language”. Happy exploring!