If you desire a comprehensive program that might help you gain proficiency in English, perhaps exploring language immersion programs in England could be the perfect choice for you. Britain is the birthplace of the English language and the primary language spoken in the country, so you may have the opportunity to live and study in a place where you could be constantly testing your language skills. 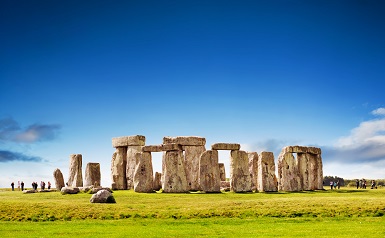 Intensive language studies programs might be a good choice for students who wish to work towards mastering a language. Unlike standard study abroad programs that may last a semester or two, there can be a lot of flexibility in the length of programs. Some are just a few short weeks whereas others may be upwards of a year. The possibilities are seemingly endless!

Learning English could be a prized skill both professionally and personally. Whether you are looking to pursue a degree and potential career abroad, or perhaps give you the competitive edge at home after you earn your degree, an intensive language studies program might help you gain the essentials to mastering the English language. English is the official language of 53 countries throughout the world, so learning how to speak and write fluently in English might be a career game changer for you[i].

Did you know? About 30% of London residents were actually born outside the UK[iii]!

The lessons learned in the classroom of a language immersion program in England might be supplemented by getting out on the town and putting your new English language skills to the test. Practice your conversational English skills while enjoying the culture of England!

Learn How to Talk About Sports like a Local

If you’re not familiar with the game of football (as Americans call it, Soccer) you will no doubt want to go to at least one football match while studying in England. Rugby is also a popular sport among the British and is more akin to American football. These fast paced, physical games may not only excite you, but you could learn the traditional team songs and even hear the more colorful language the British use in their everyday life[iv].

Take in a Show in English

Although there are a few countries where the primary language is English, a language immersion studies program in England has the potential to provide a perfect amount of exposure to the language. When it comes to entertaining yourself in Britain, there are many options to choose from. Even before Shakespeare’s time, the English had a strong love of theatre and the arts and still do. If you are in search of an immersive language experience as well as exhibiting the culture that surrounds it, a study abroad program in England might be the program that would excite you the most.

Learn to Speak English in England

If you seek to learn more about the English language, then a language immersion studies program in England could be a once in a lifetime opportunity. You have the option to choose from location in England and the length of your course so the possibilities could be virtually endless. Studying abroad in an intensive language program is what you make of it. That means your learning process doesn’t have to stop once you leave the classroom. Since most citizens speak English as their primary language, you might have the chance to learn some complex conversational phrases and techniques that you may not learn in any other English speaking country.

Mastering English could potentially open a lot of doors for you professionally. After earning a degree or certificate in English, you could be able to communicate with many other individuals in your desired field that you may not have been able to without learning English. Many bilingual people have the potential to go onto rewarding careers in multinational corporate companies. You might learn the language of science, computers and diplomacy and you might be able to read many more websites without hitting the translate button[v].

Fun Fact: The English language is spoken by over 400 million people worldwide[vi], which makes it about as popular as some social networks[vii].

Deciding on a language immersion program can be a tough decision. A study abroad program in England might be the personal and educational journey you’re in search of. Course lengths may vary, so there may be different options for you to choose from. But all of your potential options are just a click away at StudyAbroad.com. Check the programs below to see which ones pique your interest. Happy searching!