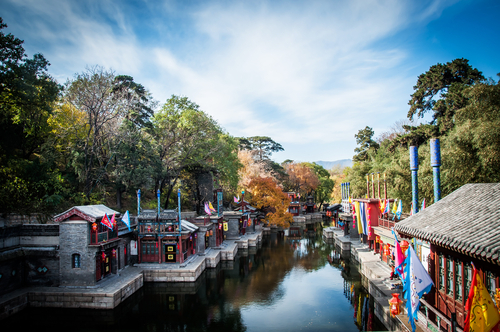 Pursuing intensive language programs in Beijing, China, could be a great way to improve your language skills. Not only could you have access to traditional, in-classroom instruction, but also the unique opportunity to test your proficiency in your daily life. Stretch your language muscles when ordering food, conversing with neighbors, or exploring the city you could temporarily call home. Dive into a culture in an incredibly immersive way – by living within it and learning what the locals do: where to get the tastiest food, how to participate in the traditional holidays, and the stories they have of their ancient culture.

Why Consider an Intensive Language Program in Beijing, China?

A language intensive program in Beijing, China, could be a great way to seek out an immersive education and have some fun, too! Studies could focus on in-classroom learning before moving out of the space and into the country. No better place to practice your language skills than with native speakers! Your program might also be a great way to see more of the country outside of Beijing – many programs offer trips to other regions of China. What a great way to learn and explore at the same time!

What Could Life Be Like When I Pursue a Language Intensive Program in Beijing, China?

Its food: Beijing cuisine developed from the food of the surrounding regions. This was because of the “emperor’s kitchen.” The emperor employed so many chefs from around the country that Beijing eventually adopted many of the regional dishes and made them their own. The food culture is known for small, snack like meals. Common ingredients include soy bean paste, sesame products, scallions, and fermented tofu. Frying is a popular preparation – and definitely yummy! You might want to try some of these popular Beijing dishes during your travels:

If you’re looking to relax, try a cup of chrysanthemum tea. Many in Beijing believe this tea to have medicinal qualities. Regardless, it’s still a delicious way to chill out.

Its culture: China is located in Eastern Asia and is bordered by 13 other countries: Russia, India, Myanmar, Laos, and Vietnam to name a few. Beijing, the capitol of China, is located in the northern Hebei province. While Mandarin is the official language of China, many in Beijing speak a specific regional dialect. This could be a great way to expand your Chinese language skills in a way you might not be able to anywhere else!

Its sights: If you’re out exploring Beijing, you might want to consider seeing some of the following sights:

In addition to these sights, Beijing offers city monuments, national parks, and other UNESCO World Heritage sights. Ask your neighbors about their favorite places to visit.

Studying through an intensive language program in Beijing, China, could be great opportunity to immerse yourself fully in a language. You may not only be undertaking a formal, in-classroom education, but testing your new skills as you go about living and exploring your temporary home. As an added bonus, you could learn about the culture as well! While not a formal education, the memories you could make may just be equally important. Browse the list of links below to find a perfect intensive language program in Beijing, China, today!