The Intensive Language Program is designed for beginning, intermediate, advanced and superior level students who want to quickly advance their Spanish skills over the course of one semester. There are no cultural electives offered within this program. 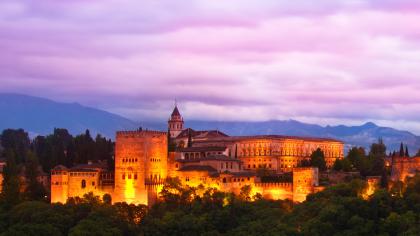 The Intensive Language Program is designed for beginning, intermediate, advanced and superior level students who want to quickly advance their Spanish skills over the course of one semester. There are no cultural electives offered within this program; students instead complete a series of intensive Spanish language courses. Students can expect to advance their Spanish a minimum of two levels during the semester. Each student’s language level is determined by a placement exam administered upon arrival by the University of Granada. The fall semester and academic year early start programs include an intensive month in September comprising 80 contact hours of Spanish language. The month of May is included for Spring extended program students, also comprising 80 contact hours of Spanish language. *Most academic year students ultimately choose to complete one semester of the Intensive Language Program and one semester the Spanish Language and Culture program OR the Hispanic Studies Program. As classes are not scheduled in January, students are free to travel or return home for the holidays. Housing in Granada during this period is not included in the program cost. Internship opportunities available.

The University of Granada was chartered and given official Papal ratification by Clemente VII in 1531. Through its almost 500 years of existence, it has become one of the major intellectual centers in southern Spain. The University’s Modern Language Center, the Centro de Lenguas Modernas, is housed in what was once an orphanage built in the 1700s. It was completely restored in 1992 and is located in the heart of Granada, in the “Realejo” district. The 1:10 ratio of students to general population renders the entire city abuzz with university activity. Strategically located near mountains and the ocean, there is always something for a student to do in and around Granada. API students who study in Granada can live in and learn from one of the most culturally fascinating cities in all of Spain.

Setting Description:
Granada, overlooked by the Sierra Nevada Mountains, is a mixture of natural beauty and inviting climate, Moorish art and architecture, and cultural flare gleaned from its strong Gypsy heritage. The Moors dominated the area for centuries and their influence lives on in the lifestyles and architecture of the region. Granada hosts the Albaicín, one of Spain’s best preserved Arab settlements, the last Moorish neighborhood, and an area UNESCO declared a monument to humanity. Across from the Albaicín is the mesmerizing red-clay Alhambra palace, the greatest Moorish monument in Spain. Within the Alhambra are several palaces, numerous patios and halls, as well as parks, fountains, towers and gardens. Among the other attractions in Granada are the Capilla Real, the Hospital Real, the Basílica de San Juan de Dios, the Monasterio de San Jerónimo and the Caves of Sacromonte. Come explore Granada with API!