Why Study Abroad in Panama? 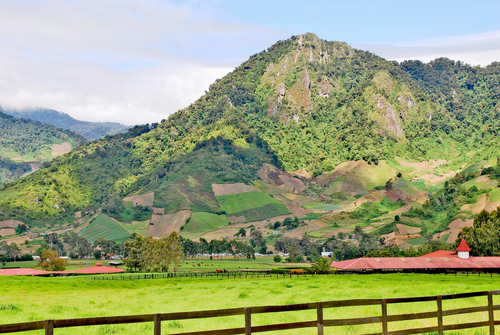 Study Abroad in Panama programs can offer you a wonderful opportunity to steep yourself in a society rich with culture, history, and beauty. It can allow you to study (formally or informally) a society that is politically, economically, and socially dynamic and vibrant. Plus, Panama’s proximity to other Central American countries allows you to explore the region surrounding Panama relatively inexpensively while studying abroad.

You’ll find great weather while studying abroad in Panama! Panama has a tropical climate with little seasonal variation. Temperatures range between 75 and 84 degrees, and the region has relatively high but uniform levels of humidity. Both the western edge of Panama and the country’s mountain ranges (collectively called, “Cordillera Central”) have lower temperatures year round.

Panama’s past and present are, of course, connected to Panama’s culture. The Spanish explored and settled Panama in the 16th century, and the official language of Panama is Spanish. However, a portion of the Panamanian population is fluent in English. There are also numerous native languages spoken in Panama. Some include: Buglere, Ngabere, Epena, Hakka, and San Miguel Creole-French.

Cost of Living in Panama

Panama’s historical connection to the U.S. is evident in its currency: the official currency of Panama is, “balboa” which was fixed at parity with the U.S. dollar in 1903. Therefore, Panama generally uses U.S. dollars as its paper currency and Panamanian coins as its coinage.

If your study abroad in Panama program doesn’t include housing, look into renting an apartment while studying abroad. Many people report living in Panama for $1,000-$2,000 per month. Housing generally costs between $400 and $1500 per month depending on the apartment’s location and amenities (apartments are more common in Panama than houses). Utilities can cost anywhere from $50 per month to $300 per month, depending on the amount of electricity you use. Food can be found at prices significantly lower than food in the U.S., depending of course on what you eat and where you buy it. Healthcare in Panama is provided free of expense to Panamanians and foreigners. However, free healthcare is only offered through public hospitals which might not provide the quality of care you require. You might consider investing in health insurance that is useable in Panama.

Much of Panama’s culture—its music, art, and literature, for example—is influenced by Panama’s Afro-Caribbean, Spanish, and indigenous roots. Popular music in Panama includes reggae (in Spanish), reggaeton, Cuban, Colombian, jazz, salsa, and the blues. Visual art common to Panama includes woodcarvings; ceremonial masks, pottery, and paintings; and molas, a traditional and elaborate embroidery commonly stitched into panels that are then sewn onto clothing. Some of Panama’s more popular literature, similar to popular literature in other parts of the world, deals with issues of culture, identity, struggle, and humanity. Traditional dance and ceremony are also a vibrant part of Panamanian culture.

You’ll eat well while studying abroad in Panama! Panamanian food is a delicious part of Panama’s culture. Much like the Panamanian culture itself, the flavors of Panamanian culinary dishes are derived from Panama’s Afro-Caribbean, Spanish, and indigenous roots. Common foods in Panama include meats, beans, corn, tropical vegetables and fruits, and milks. Beef, chicken, pork, and seafood are commonly served alongside beans with coconut milk, yucca, rice, and vegetables; corn is commonly boiled, mashed, and served in the form of tamales, tortillas, empanadas, almojábones, and hojaldres(as); and milks, especially condensed cow’s milk and coconut milk, are commonly served in rice, beans, and sweet drinks. Popular dishes and snacks in Panama include ceviche, sancocho, patacones, empanadas, arroz con guandu, and many more. Many of Panama’s staple dishes are spiced and seasoned with relatively mild native herbs and spices.

There’s no need for a car while studying abroad in Panama. The majority of people in Panama travel by bus or taxi. However, the public transportation system is not well-developed, and many of the buses and taxis are poorly maintained. Many people, however, still use busses and taxis as their primary form of transportation.

You’ll find great weather while studying abroad in Panama! Panama has a tropical climate with little seasonal variation. Temperatures range between 75 and 84 degrees, and the region has relatively high but uniform levels of humidity. Both the western edge of Panama and the country’s mountain ranges (collectively called, “Cordillera Central”) have lower temperatures year round.