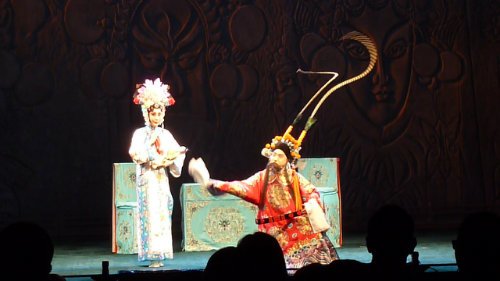 While I hope my last two posts were helpful, I realize they weren’t exactly the most exhilarating or interesting for that matter. To mix it up a bit, I decided to write this post on what I’ve been doing so far in and around Beijing.  You could call it a post about why you should study abroad in general, but it’s also my attempt to entice you to come to Beijing, and furthermore to let you in on one of the awesome benefits that comes with studying through a study abroad program (mine happens to be CET Academic Programs which, by the way, I totally recommend) as opposed to enrolling directly in a foreign university.

So what is this awesome benefit? Planned weekend activities - I’m dead serious. I’ve gone to a different area of Beijing, experienced a different element of Chinese culture, and/or seen a different famous site or landmark every single weekend I’ve been here. Granted, my tuition might be a little higher than had I enrolled directly through a University here in Beijing, but CET is a great transition into student life in Beijing, and if you keep reading, you’ll see what makes it worth every penny!

What I’ve Done And Seen So Far

The Summer Palace has been the site of the Royal family’s summer home since 1750. The name Summer Palace is a bit misleading here as it’s actually a massive public park, covering a 2.9 square kilometer area (most of which is a lake).  Around the turn of the century, The Summer Palace received quite the face lift when the then empress used 30 million taels of silver, originally designated for the Chinese navy, into construction and enlargement of the palace. The park was so big that we never even actually had time to go in the Palace itself, but with a list of sites and landmarks including the Marble Boat, the Seventeen-Arch Bridge, the Tower of Buddhist Incense, the Long Corridor, and the Hall of Benevolence and Longevity, spread throughout the park, there was no shortage of awesome photo ops. However, one day soon, I plan on heading back there and actually making it into the Palace itself. 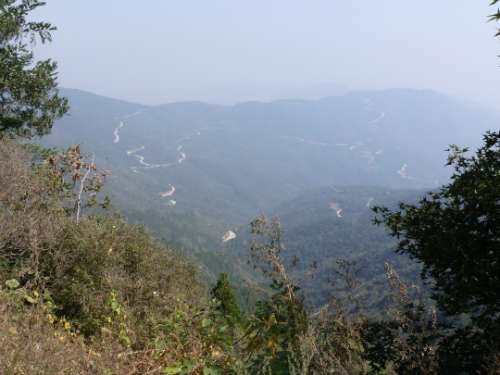 One of the more interesting activities CET organized was a hike in the Xiang Shan (fragrant hill/mountain) area, which is located outside the Western part of Beijing. (Apparently the initial mountain we climbed didn’t have a name, or no one knew it, but its close enough so I’ll just refer to it as Xiang Shan.) I’ve heard from multiple sources that the best time to visit the park is late fall, when the smoke tree leaves turn red, of course we were a little too early and everything was still thoroughly green. The group leading the hike was actually an NGO called “Friends of Nature”, who pick up trash as they climb up and down the mountain. If you didn’t know, Beijing has a huge garbage problem, so Friends of Nature’s concept is great because you get to see nature and clean up nature at the same time. I was a little sick that day, but the awesome weather and unbelievable views made up for it.

The Beijing Opera or “Jingju”

CET took us to see the Beijing Opera, or Jingju, at the best place in China to catch a show - Beijing's Liyuan Theater. Located in the Qianmen Jianguo Hotel, its initial appearance is a little underwhelming, but Liyuan Theater is actually the most prestigious performance venue for Beijing Opera. According to my Lonely Planet Guidebook, “of all Chinese Opera, Beijing Opera, or Jingju, is by far the most famous with its colorful blend of speaking, singing, swordsmanship, mime, and acrobatics.” I can tell you it’s definitely not your average La bohème or Don Giovanni. With its four artistic methods - singing, dialogue, dancing and martial arts – not only is it pretty hard to be bored, but it creates a totally unique show that can’t be matched anywhere else. And when I say unique, I mean unique, so unique in fact it turns a lot of people off - but I happened to love it.

Hiking and Camping the Great Wall of China

To me, our trip to the Great Wall was, and probably will forever be, my favorite experience in (or close to) Beijing. It has to be one of the first images to pop into anyone’s head when they think of China, and let me be the first to tell you, it doesn’t disappoint. Our trip consisted of hiking a 10km stretch of the Jinshanling section of the Great Wall, camping on the Wall that night under the stars, followed by a yoga session bright and early that next morning. It’s pretty surreal when you think about its size, its age, and its huge place in history. For me, it was also symbolic of how far I’ve come (I mean, I’m 12,000 miles from home, living in China, studying Chinese, and hanging out on the Great Wall), and also how much more I have to experience.

To top it off, we still have a trip planned in November to Xian, best known for the Terracotta Army.