This is a guest blog from Jillian Smith, a volunteer of GlobalLEAD

When I first heard about Global LEAD, I had four days to convince my parents to let me sign up before the deadline arrived. Needless to say, I didn't have much time for persuading; luckily, the program did the talking for me. Volunteering had always been something I've viewed as a duty that comes along with being a fortunate human being in this world that is overflowing with broken, destitute individuals. It goes without saying that Greece is currently in a state of depression and misfortune; however, before my experience abroad, I never would have thought that my work would lead me to Greece to serve. Thinking about my life now, I can't imagine who I'd be today without my experience throughout the Greek isles. 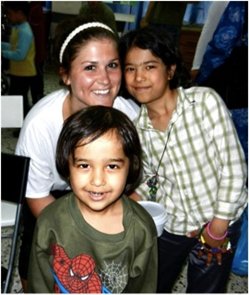 The two academic courses we took were Leadership and Service-Learning, so throughout our five weeks together, even when we weren't serving, we were learning about how to be the best servants and leaders for our generation and for generations to come. The majority of our service hours were spent with refugees from Afghanistan, Iraq and Somalia. I think the reason these service opportunities in particular were so humbling was because these people were not just living in extreme poverty; these people were openly unwelcome in the country in which they were living-every day was a cruel, painful reality. My time spent with these refuges not only changed my life because of the hardship that I witnessed, my life changed from the things that I felt. It was impossible to leave the center where we served and not feel intolerably guilty for having the things-the life-with which I've been blessed. It was a difficult process for me to digest it all; my initial thoughts were extreme, negatively inverted thoughts of disgust towards the life I'd been living previously. This is where the program saved, and changed, me; I was reminded that leadership, education, adventure, and diplomacy are the four pillars of being a leader. If I had not been blessed with the ability to lead, the privilege of being educated, the experience of facing adventures, and the desire to share  my knowledge, I wouldn't have been blessed with the opportunity to spend part of my summer studying serving others. 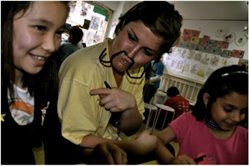 My most profound memory was while we were in the middle of Athens, painting an apartment for many members of the Somali community. This apartment was built to house no more than 10 people, yet it was evident that this apartment housing well over its capacity, to a point where their health was visibly at risk. I remember it clear as day; I was sitting on the front steps painting the entryway to the apartment when an elderly Greek woman began shouting angrily at me in broken English. She was disgusted at the sight of our group helping these refuges. This woman, along with several other neighbors, called the police to see if they could stop us from simply painting this apartment. The policy would come and go, realizing that we were doing no harm, at least nothing that would warrant their presence. But it wasn't until the Somali community leader, Abdul, asking us to paint over the racial slurs and symbols that had been written on the outside of the building that I was reduced with tears. Amid the filthy conditions these men and women had been living in, it was having the chance to erase the judgment that had branded the front of their home that they cared about the most. Painting over those words and symbols, while groups of Somali men and women gathered behind us, erupting in cheers and smiles, was and will likely always be the most powerful moment I have ever been a part of.

If someone was looking for a way to spend a part of their sumer volunteering abroad, I'm not sure how I would ever understand if they chose any program over Global LEAD. Having the opportunity to explore unforgettably beautiful scenery, while simultaneously working towards becoming better servants and leaders, is a gift that most programs cannot offer. I can sincerely say that Global LEAD presented me with a gift far beyond what they promised, and for that I will forever be grateful. 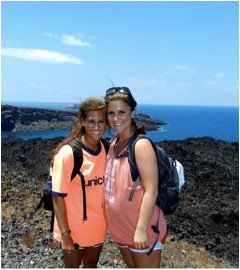