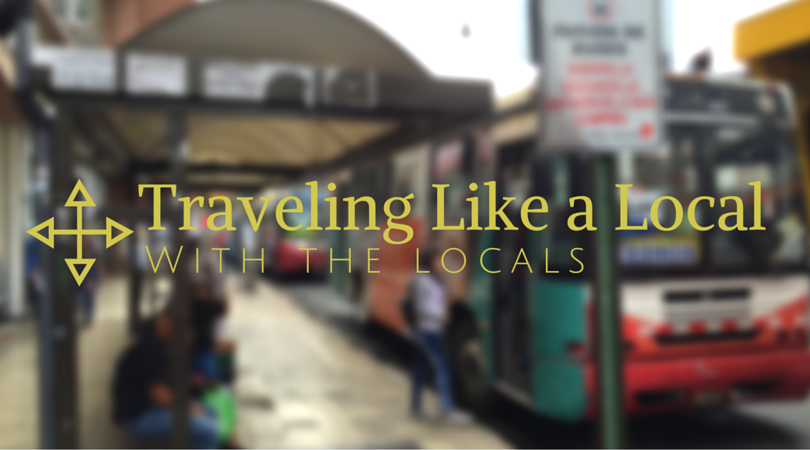 When I decided to study abroad, I conveniently forgot about how much time and stress I was going to slog through to begin my new life abroad. After all, you’ve got to do a lot of pre-traveling before you can do some real traveling.

For my first week in San José, most of my energy was spent on unpacking my luggage, organizing my room, socializing with my host family and roommate, and getting comfortable with walking to the most important, nearby locations. I had heard that it was easy to travel the country by bus, but I was too inquisitive of the bus system to try it out.

Of course, by the second or third weekend, I discovered that traveling by bus was pretty straightforward, especially since our CEA program advisers emailed us suggestions and directions if we were interested in traveling somewhere. However, traveling outside of the city every weekend wasn’t for everyone. Some people didn’t like the long bus rides or didn’t like the hot and humid beaches, so we enjoyed exploring the abundant events and attractions in San José.

My roommate, Natalie, couldn’t imagine a better way to spend the weekend than to stay in San José: exploring the city, practicing her photography, and socializing with locals at church. She found many friends who helped her learn Spanish (while they practiced their English) who also invited her to local events, and showed her around the city. She loved riding the buses in San José, learning the routes to locales around town like Feria Verde (a farmer’s market), theatres, and various parks. So in the last week of our time studying abroad, when I was interested in seeing a film at the Teatro de la Aduana, Natalie knew exactly where it was.

She figured out early on that the taxis, though convenient, were unpredictable. Sometimes, the taxi driver could be friendly, excuse your rough Spanish, restart their taximeter, and take the fastest route to your destination. Other times, the taxi driver would avoid conversation, not have their taximeter ready for you (always ask them to “Ponga la maria, por favor”), refuse to use their taximeter, or drive the long route to your destination. There are so many buses that crisscross San José at every time of day that it’s largely unnecessary to take taxis (Side note: official taxis are red with a special emblem on the side. Only take these!).

Challenging yourself to ask locals for the bus stop locations (many are unmarked) and to figure out the destinations of each bus will make you feel so much more accomplished than overpaying for taxis whenever you need to run to the market. Sitting next to locals on the bus makes you a part of the ordinary day in San José, like a local. You’ll become a part of the normal, Costa Rican commuting crowd, and likely be more accepted by the community. Plus, you’ll definitely save a few colones (the Costa Rican currency).

Even though it’s good to explore many areas of Costa Rica (which you will experience with CEA’s excursions during the semester), getting to know and feeling like you belong in your host city - San José - can also be a great way to spend your time abroad. Natalie proved to me that traveling doesn’t have to mean booking four-hour bus rides and scrambling to reserve hostels.

Traveling can be something as simple as riding the bus to a different part of San José on a Saturday or walking around town with your new, friends local and not on a Sunday. Traveling is not defined by time, it’s defined by the richness of your experiences.

How will you define travel?

Gabbi Cisneros is an Alumni Ambassador at CEA Study Abroad, she is currently a student at University of Wisconsin and studied abroad in San Jose, Costa Rica.