The last major snowstorm in Rome was 26 years ago. Having knowledge of this information many of us were excited to have a mild winter while abroad. We were wrong. For the first time in 26 years Rome had not one but two major snowstorms. Going to school in North Carolina I am accustomed to entire cities shutting down for at least a day in the event of minuscule amounts of snow. My friends who go to school in the Northeast and Midwest however were mortified at the lack of life in the city due to maybe an inch of snow. Since this type of weather is apparently not common in central Italy the city basically shut down. The environment which we lived in for a few days was reminiscent of blizzards in the midwest where they were buried under five feet of snow. However, since we were “buried” under somewhere around an inch it was comical if anything.

Rome drivers are notorious for just being, well, bad. Put them into conditions they’re not used to however, (i.e. snow) and they become even worse. Thankfully, most drivers chose to stay inside during the big freeze but the ones who didn’t were definitely something to be fearful of. They skidded and swerved as they attempted to go their usual lightening fast speeds on iced-over roads. Needless to say this made getting a taxi at the end of the night hair-raising. In fact, taxi’s wouldn’t even stop for my friends and I and we wound up walking home. 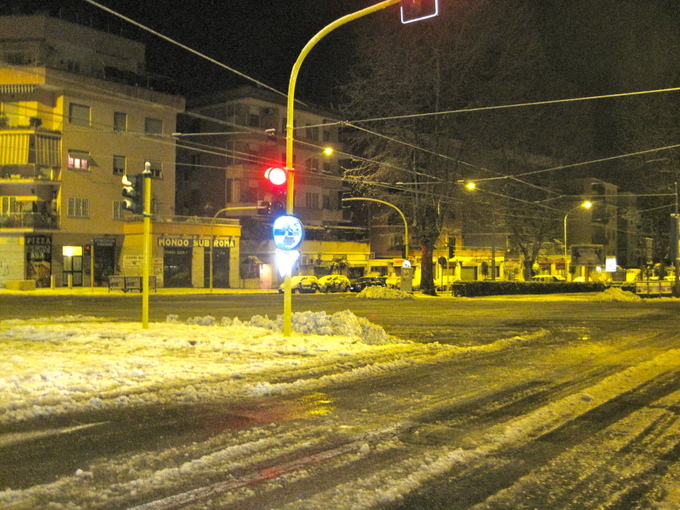 Speaking of going out, it turns out that Americans are the only ones crazy enough to go out in a “blizzard”. As we were riding the tram to go out we gradually noticed the only inhabitants of said tram were American college students. Later that night we also noticed a lack of locals at any restaurant, bar, or club we went to. Even at the Americanized bars you can always count of being around some Italians but on this night it felt as if we were back in America.

The next morning when my roommates and I attempted to go to the local Conad (a supermarket close to our apartment) we found it picked clean. The milk and meat were all bought up. It was hard not to laugh to ourselves at how the population, at least in our neighborhood, seemed to have rushed and gathered supplies to wait out the “storm”.

Needless to say, we were all quiet amused at the total shut down of one of the largest and oldest cities in Europe. One would think that with a few thousand years of history under its’ belt, Rome would have learned to deal with a little snow. Regardless, the “Blizzard of 2012” as we have come to dub it provided us with many interesting stories and even a snow-day the next Monday.

There is really no advice I can give to potential study abroad students in regards to snow in Rome. It really doesn’t happen that often but if for some reason you’re here when it does go outside and make a snowman and enjoy seeing the ruins dusted with snow. Being in Rome under such weather circumstances isn’t something most people get to experience so enjoy it and revel in the fact that you’ll have a great story to tell your grandchildren. 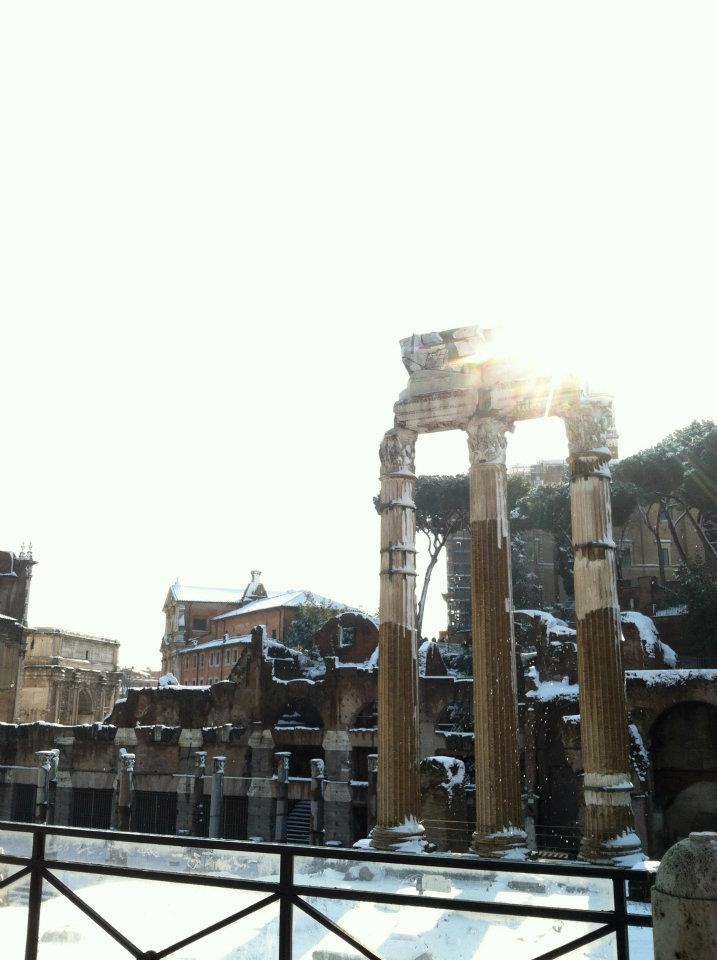