And really, what would any study abroad experience be like if you were not in tune with the sounds of your host country.

Here in Senegal, I am constantly surrounded by music.  The light Senegalese reggae the car rapides, the prayers from the mosque outside my window, my mother softly singing in Wolof as she paces the hallway in the morning, the American rap my siblings sing after dinner, drumming on the beach and on the streets, the french rap in the nightclubs...you cannot escape it. 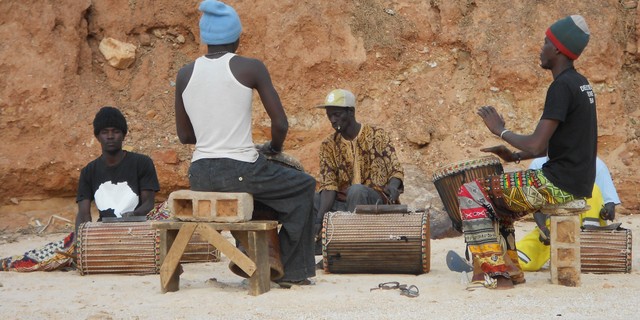 I recently experienced my first night out on the town and found myself being exposed to so many different types of Senegalese music, all in just one night.

First a bunch of students from the program and myself bought tickets to see Nix, a Senegalese rapper who is now based out of France and is not only extremely popular in West Africa but in Europe as well. The performance was at the Institute Francaise downtown and it was the perfect way to spend my first night out.  Even though we looked like a bunch of Americans trying to keep up with a rapper who performs in many different languages, among real fans singing his every word...toward the end, we fit right in...i think. Nix, like many other West African artists are extremely influenced by American rappers. Nix was sporting baggy skinny white jeans, a black tee shirt, dreadlocks and a new york yankees baseball hat.  He even sang his own rendition of Lil Wayne's, "A Milli. " It was awesome. 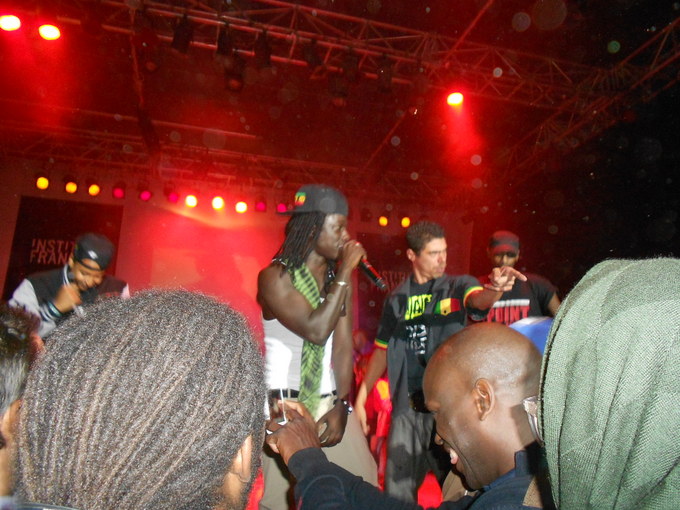 Then we ended up at this classy dim lit bar with live Senegalese band. Complete with  drums, guitar , vocals and other instruments that made the entire bar feel like we should be salsa-ing.

Finally, we made it to the discotheque, Le Voyegeur, which did not start getting busy until 2:30 in the morning. At the night club we danced to French hip hop, Senegalese dance music and American rap and hip hop. It was the best mix of music to dance to which would explain why people here do not leave the clubs until 5 and 6 in the morning...