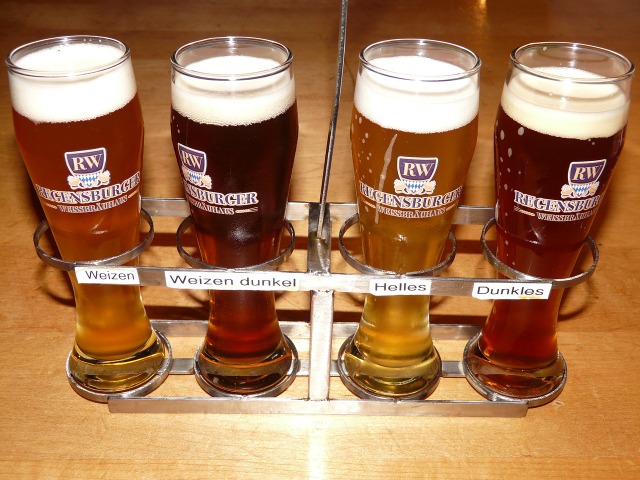 Ze Germans and ze beer is no news to anyone; albeit for an expat like myself it sure was a hell of an experience. Needless to say, beer is an inseparable and valuable article in the German culture and routine.

In this country beer is barely associated to alcohol; it’s more of a refreshing everyday beverage they cherish with pride. German beer is considered to be pure and authentic considering the Reinheitsgebot , German for purity decree which allows the brewers to use water, barley and hops as the only ingredient.  Yeasts and sugar were added later on, as the final legally allowed components in making of a beer.

Germans are passionate drinkers, unlike the rest of us the naive outsider consumer who think Beer should be nothing but yellow, bitter and served cold. Beer is so much more than that, it has a personality which distinguishes it from every other type just as us the eager humanoids.

Even under law, beer isn’t considered to be a threat to the young ones. The underaged in this country are not so discriminated after all, they can join their parents for a beer when they’re 14 and for their sweet 16 they will knock themselves down for the first time with beer exclusively.

There are breweries all around the country, mainly in the Bavarian region, including world famous exporting giant companies making billions as well as smaller and more intimate brewers passing on the tradition.

Each and every one of them works on obtaining a unique zest formula that will conquer the world. Beer comes in numerous variants and taste, bittersweet and more magnificent each time you throw yourself in the degustation journey. There are several ways on trying out different types of beer in this country since the Germans are not only good at producing the treat but also promoting it creatively.

In spite of the grand beer choices most of the metropolitan pubs and restaurant provide, Germany is also famous for its beer festivals organized in and around the country throughout the year. Oktoberfest among others held for 200 years now, every year tends to surprise us with innovative ideas on celebrating the beer and its roots. Every year around 6 million people in lederhosen and dirndls gather to share this dreamy experience of limitless drinking, a harsh yet pleasurable race.

As a lover yet far from an expert, these passed years in Germany have given me the pleasure to experiment quite a lot in finding what I personally look for in a beer. This is how it goes...

Warsteiner is my kind of bitter. The first sensation after the liquid flushes your mouth is sweet malt and hops just the right amount to trick you into underestimating the final rush of bitterness that gives you goose bumps. Warsteiner Premium Verum is not a game my friend.

As I mentioned before, beer is supposed to be a stimulant, a booster of energy, an ease. Berliner Weisse is just about the right kind to fit the description. You can find it everywhere; it is fruity, light and rejuvenating.

When you are feeling like ordering a beer to accompany you in your sadness beer try any of the ALT beers, top fermented and served to trespass over your threshold. It is bright and crispy, fruity and of strong tastes the foods best friend and the perfect getaway from a gloomy Sunday. Whenever you are up to a silky smooth delight Schumacher Alt is there to provide.

Paulaner double bock a peculiar liquid consistency, ideal when one wants so skip a meal. Its alcohol percentage and malty flavour create a rare and indefinite combination, strong yet irresistible.  If by any chance you hate the idea of your beer tasting like a divinely rich slice of cheese, this is not a suitable choice. However for those who do appreciate some intense odour voila... Paulaner Salvator is your goddess.