On the Friday of my second week in Aix, I went on a history tour given by a professor from my program.  I will try to pass on some of the knowledge that I gained.

Aix is an old town, like 123 B.C. old.  There were people living in the area before it was officially a town as well.  Marseille is the oldest town in France but Aix is the oldest Roman town. 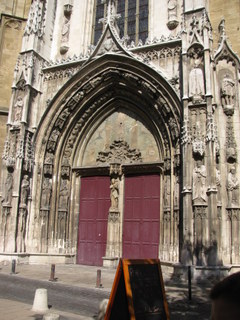 This is La Cathédrale St. Sauveur.  The cathedral has several styles of architecture.  Behind those red doors are beautiful wooden carved doors which I will put up pictures of in the future.  So they got a little carried away during the French Revolution and chopped the heads off of all of the statues as well. 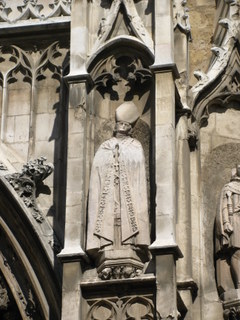 They put them back on albeit somewhat lazily.  This poor guy doesn't look comfortable at all. 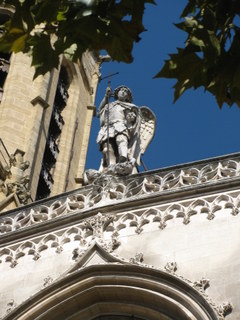 Thankfully the angel was left unscathed. 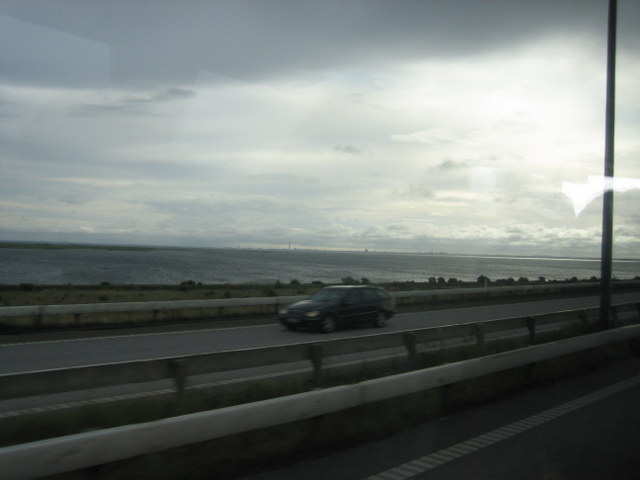 This is a gorgeous dome above the baptism area. 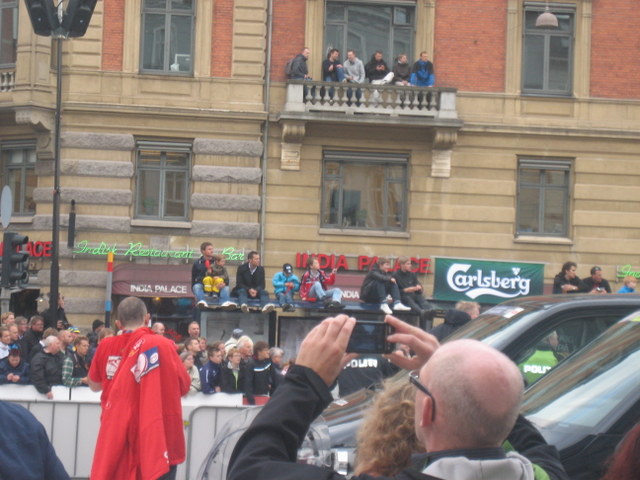 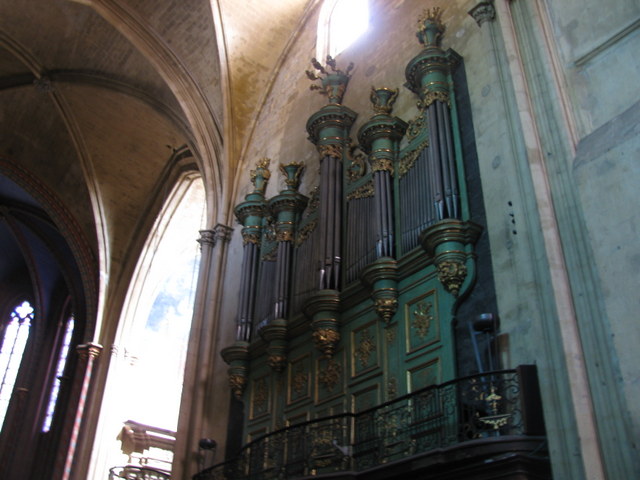 see if you can tell the difference! 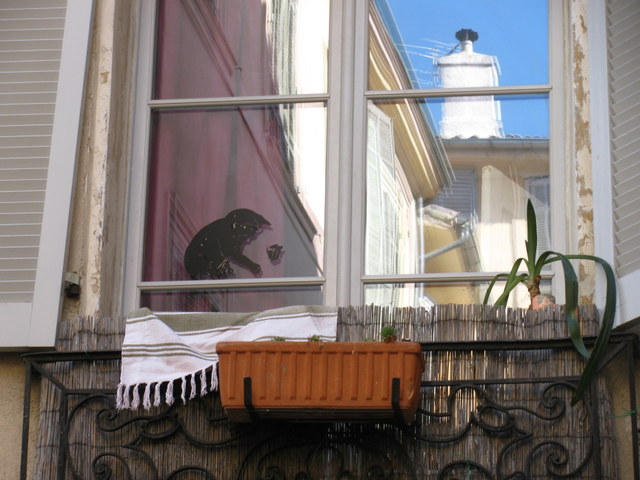 I just love the cat in the window! 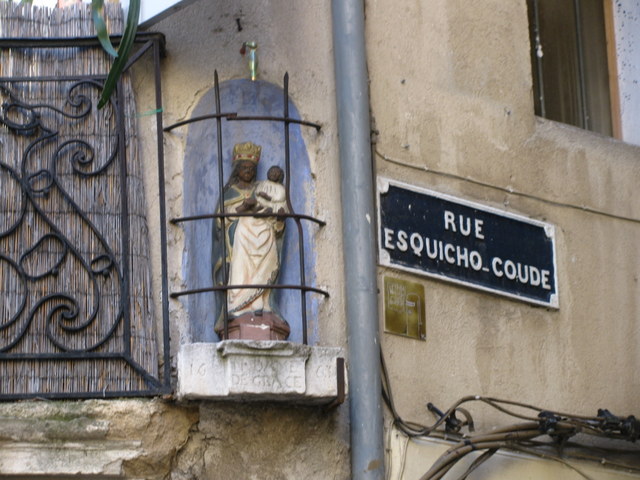 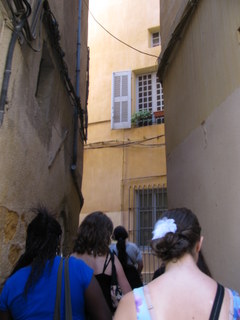 and this is why! It's a very narrow street. 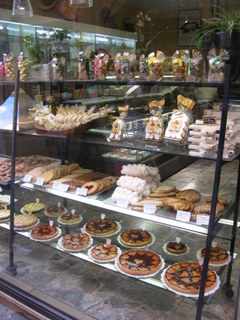 How delicious do all of these treats look? 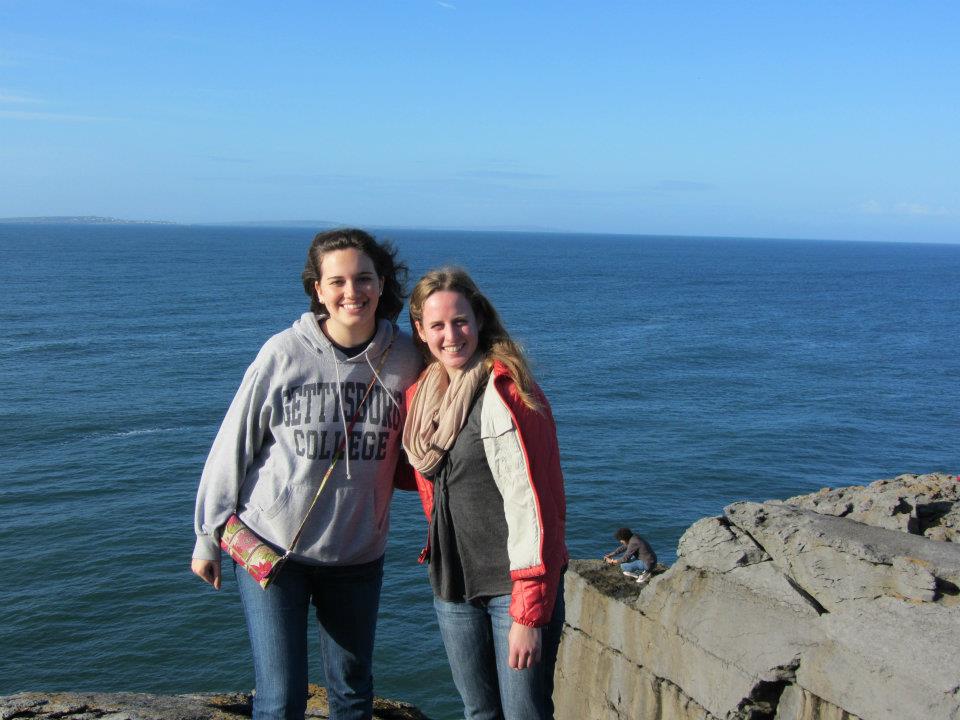 These are calissons and they are a specialty of Aix.  I haven't had one yet but I'll let you know when I do! 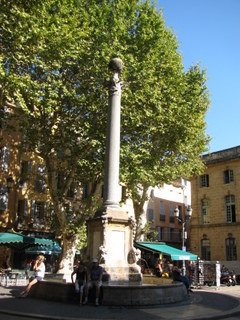 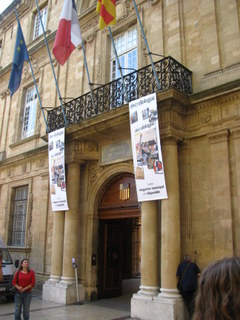 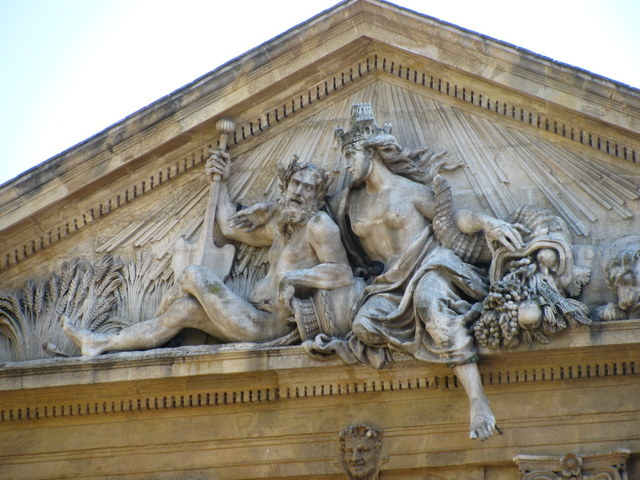 These statues represent the two rivers of Aix.  The city of Aix is on the girls head! 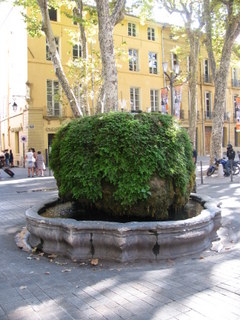 This is the only natural spring fountain left in Aix.  It will steam when the weather gets colder! Expect a picture.
Aix was founded by the Roman consul Sextius Calvinus.  The name Aix actually comes from Aquae Sextiae.  Aix used to be a spa resort town famous for its healing springs.  Thomas Jefferson even visited while in France. 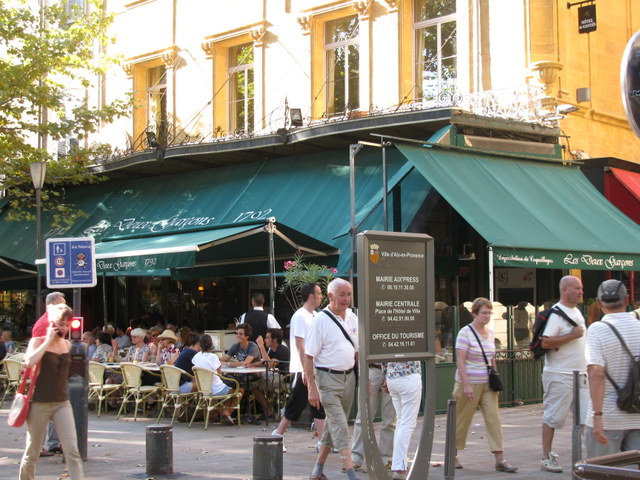 This is the famous restaurant Les Deux Garçons which sits on the busiest street in town, the Cours Mirabeau.  Paul Cezanne used to frequent it often. And just next door... 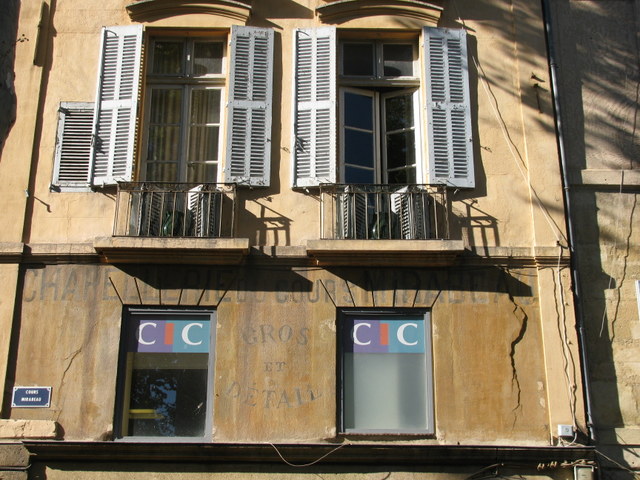 ... is the old apartment of Cezanne's parents.  The writing is an old advertisement for his parent's business I believe. 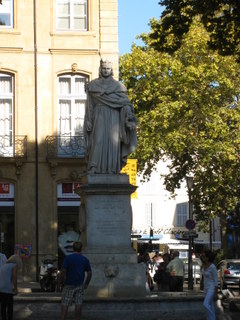 This is a statue of King René.  The last king of Provence.  In his hand are Muscat grapes which he introduced to Aix. 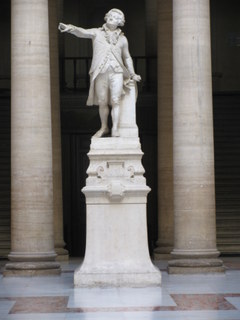 This is a statue of Mirabeau (namesake of the Cours Mirabeau).  This man lead an interesting life.  He was the town scoundrel.  Scarred from small pox as a child he wasn't very handsome but was a great orator.  He left his carriage outside of a young lady's house one night, making it appear that he had slept over.  So her father made her marry Mirabeau!  Cunning Mirabeau did this for the allowance from her parents. He liked to gamble.  The people of Aix liked him so much that they sent him as their representative to Paris at the beginning of the Revolution.

Not going to lie.  I had to look some of this information on the internet but everything that I said was something my tour guide said but then I promptly forgot.