A merry, Danish Christmas indeed! This past weekend was so much fun! I decorated the house with my host family, made Christmas arts and crafts, and listened to Danish Christmas music. Many of the decorations that we put around the house were elves so I asked my host dad why elves seemed to be much more important in Denmark than they are in the US. He said that in Danish Christmas tradition, every house has its own elf (or gnome, goblin, etc) that looks after the house. When the family has treated the elf well, he will return the favor. However, if the family is bad, the elf will jinx the house. (Sounds like Harry Potter to me!). It is also tradition that a bowl of rice pudding is left out for the elf on Christmas eve, just like Santa gets cookies in the US. Speaking of rice pudding, we enjoyed a good amount of that this weekend too! It's delicious. And here's another tradition for you: chopped almonds are put into the rice pudding along with one whole almond. The family member who gets the whole almond in his/her serving of pudding gets a surprise! We also made some traditional Christmas decorations, including folded paper stars and paper-woven hearts. My host dad tried to find interesting designs to weave, but it just ended in failure...oh well, we tried!

So another tradition in Denmark is to have Christmas lunches...at work, at home, with friends, during school, with sports teams, with whomever! My study abroad program put on a Christmas lunch so we could take part in the tradition. It was a blast! We had lots of delicious food...and herring...gross. That's one tradition I won't miss. We sang Christmas songs in Danish and English and played a game that's like musical chairs but with presents. And of course, there was plenty of rice pudding.

I love all of the Christmas spirit here! The atmosphere is so hyggeligt! It makes it so hard to believe that I am going home in twelve days! That just means I have to enjoy every second I have left here. I don't think it should be too hard :) 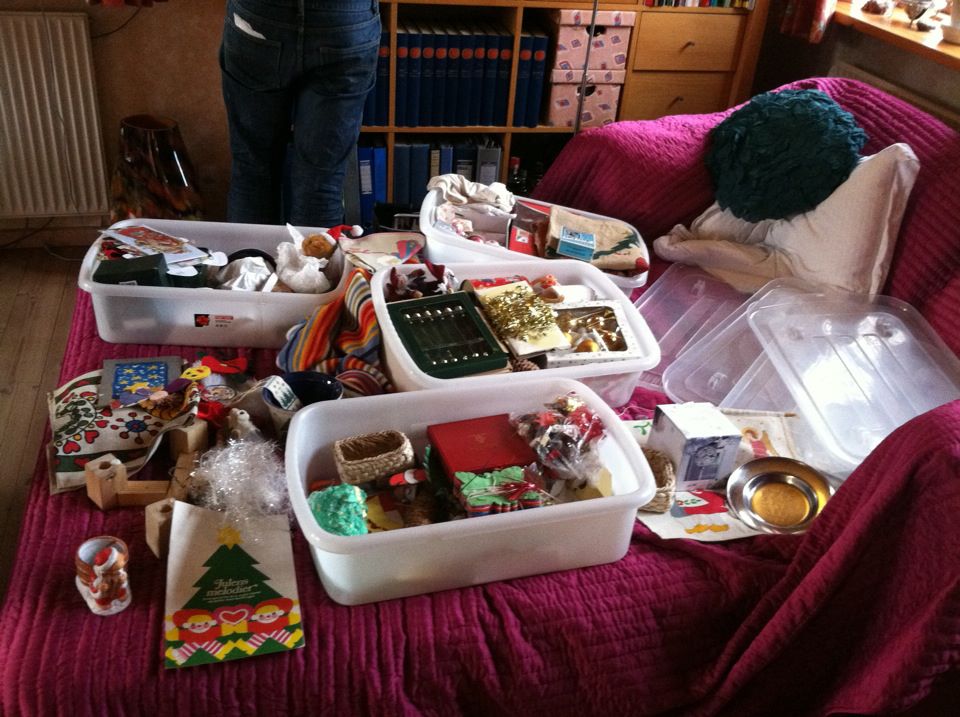 Arts and crafts! Never too old.

My attempt at a paper-woven heart. And cute elf/gnome place mats!