Honestly, Newman College has been such a blast to live in for the semester. I was originally really skeptical because people who had studied in Melbourne Uni told me that Newman was going to be boring and strict, which I learned was ABSOLUTELY NOT THE CASE. When I stayed at Queens College for the International Students Program,  the leaders flinched when I told them that I was staying at Newman. Since people from all directions had a bad perception of it, I went into Newman already disliking it. In addition, Orientation Week did not help its case, because they displayed all the strict rules and regulations I was warned about.  I came to learn that most of those rules were non-existent after the first few weeks. I actually came to really like the little traditions that characterize Newman such as the formal dinners, tea parties, and duty tutor patrolling. 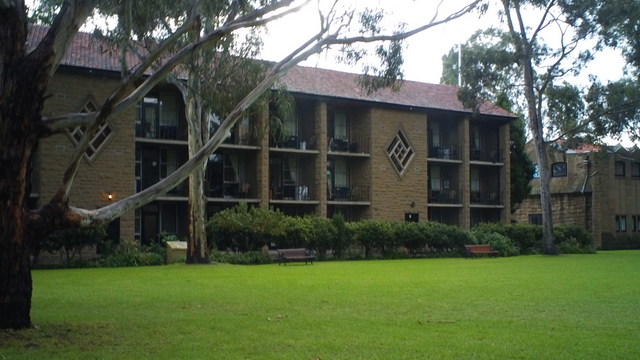 A few days ago, N-Flat, which is right wing in my dorm, threw an event called "Heaven to Hell''! Basically it is a large ice breaker where each room prepares an alcoholic beverage. Then everyone goes from the highest floor down to the lowest floor sampling each drink. Its called Heaven to Hell because the highest floor is considered Heaven because that is where all the weakest drinks are served. The lowest floor is hell because most often the dark liquors are served. I thought this was the most bizzare event ever, but I thoroughly enjoyed it! It was a great bonding experience for all of us. There are three floors and most people were drunk by the second floor, which made this experience so much funnier. I would definitely bring this game/event to my college back in the states.

After the "Heaven to Hell" we decided to go to Perseverance. The thing about Newman is that we have special places we go each day of the week. On Monday nights, we go to Turf, Tuesdays are Raunchi or Dan O'Connels (which I thought was a hike), Wednesdays are Perseverance, and Thursdays are PAs , and Fridays are  usually up for anything. Its interesting because the students go out mostly on weekdays and not on weekends. On weekends, everyone pretty much catches up on assignments and just chills! Perseverance is super close to Newman and its a very short walk, so its one of my favorite places to go! I had a blast there that night.

This is Paddy and me. Paddy is hilarious and he is definitely one of my favorite people at Newman. He always has me laughing and I love the way he laughs because its super loud and obnoxious!

These two people are Janet and Kristina! They are both super awesome and great to hang out with at Newman. Janet is always ready to go out and have a fun time! Kristina is super caring and extremely friendly.

These people are Holly, Bronte, Olivia and Zoe Scott. This is the adventurous party crew at Newman. There is never a dull moment with these people!