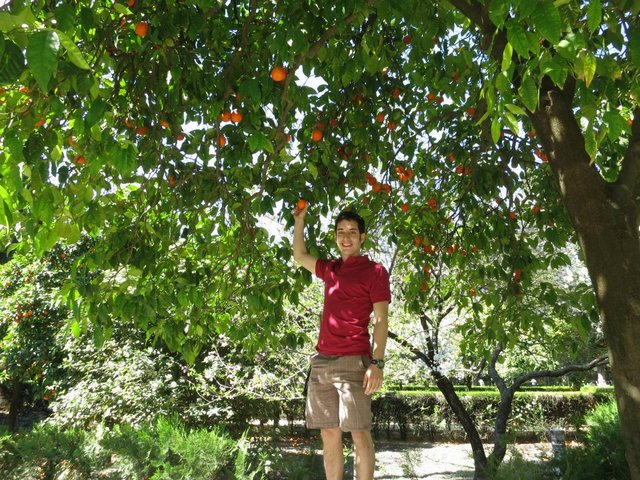 In Spain, the orange is king. You can find
juicers in every bar and restaurant which turn out gallons of the
fresh-squeezed stuff. The best oranges come from Valencia, but all of Spain’s naranjas are first-rate and a glass of
orange juice here is so sweet and refreshing that, compared to Tropicana,
they’re apples and oranges.

This is why I have been dying to try an orange
straight off the tree.

They have always tempted and evaded me.  From my hostel window in Córdoba, I
could see them just out of reach on a tall, solitary tree. Against a cloudless,
royal blue night sky only the light of the moon had the privilege of touching
them.

When I got to Seville, the orange tree-lined
streets constantly reminded me of my desire. My friend warned me of the
possible use of pesticides and I became disheartened to say the least. Now, a
bitter fear of health problems would mask the sweet taste of victory.

In the gardens of Alcázar, there were hundreds
of the trees that seemed to produce oranges until they overflowed, dispersing
vibrant orbs on the ground.

At this point, I decided that it was time for my
fruit phase to come to fruition. I stood on a short, stone wall and reached for
an orange with flawless flesh. I felt its moist pores, pulled it gently off the
branch and peeled it with my hands. Juice ran down my arms and I tried one
perfect segment.

The foul taste of victory seemed to linger in my
puckered mouth forever.

Studying abroad, there are multitudes of things
you will do, some of which, frankly, might suck.

Without knowing much about an opera I attended
at The Teatro Real, I found myself watching naked men literally seize on stage,
holding rolls of material in their crotches and between their teeth while
attempting without success to climb on women in front of a massive chorus that
threw all of their shoes offstage. All, of course, paired with the sounds of Wagner
and Verdi.

In Toledo, I convinced my friend to climb over a
small barrier on a cliff to walk over to a rock formation. With little
traction, we carefully stepped down the side of the hill, slipping slightly on
the powdery dirt. Putting my backpack down, we had one of the best views of the
trip and a stunning picture to boot. This is when my backpack started to slide
down the rock face, yet stopped to my relief.

While The Teatro Real performance was the most
bizarre spectacle I have ever seen in my life, —and I’ve watched 1000 Ways To
Die— I was glad I went because I now have a new benchmark for the weird. Although
I almost lost my backpack in the Toledo escapade and covered my shoes in dirt,
I saw a magnificent view.

The point is that, no matter what opportunities come
your way, take them without hesitation. There is a chance they might prove to
be disappointing, but there’s always an element of experiment in every
experience.

Don’t misunderstand me. If you see someone
attempt to eat an orange off a tree in Seville, don’t stop him or her. You’ll
rob them of a memorable experience and you’ll rob yourself of an amusing
picture of their face. 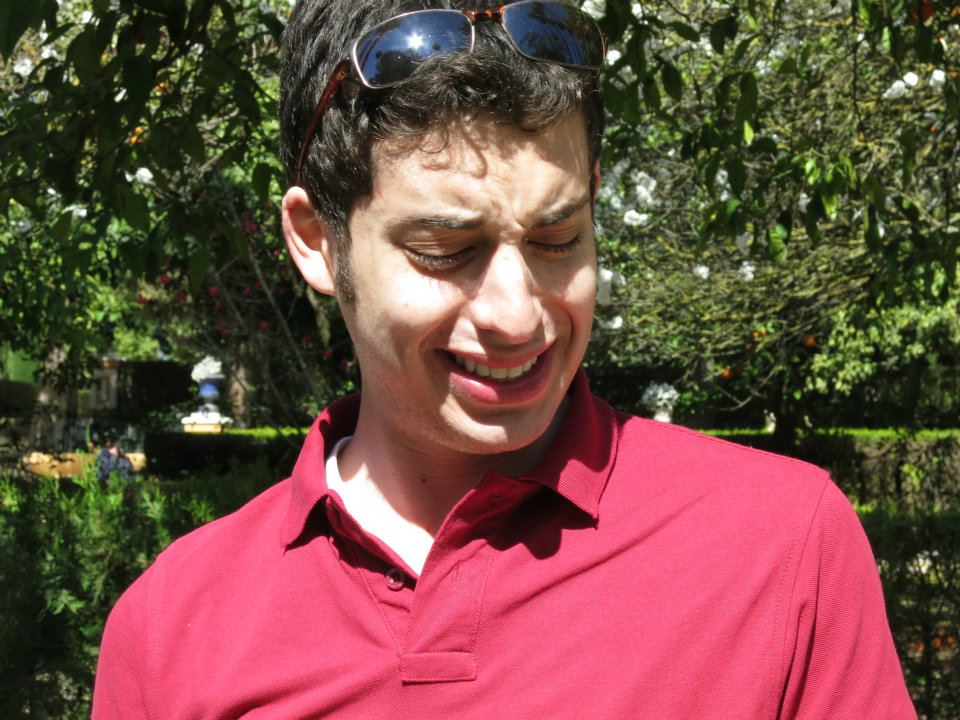