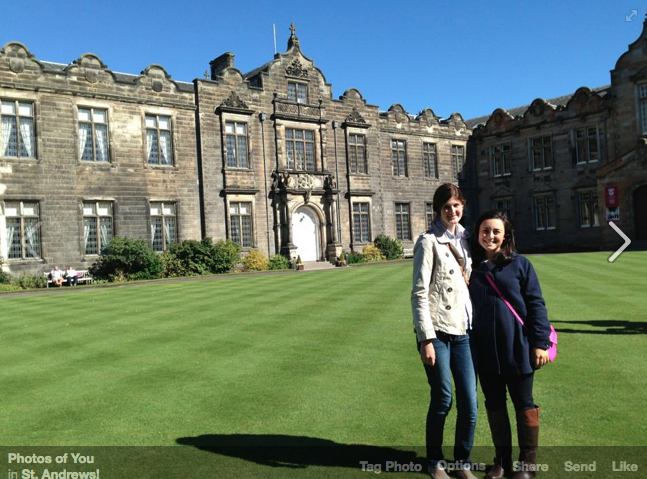 I've now been to all of my classes for the semester at least once. I am enrolled in three modules (courses) this semester: Interpreting Social and Cultural Phenomena, European Art and Architecture in the Seventeenth and Eighteenth Centuries, and Introduction to Modern Latin America. I think I will enjoy all of them very much and all of my professors seem wonderful.

Many of the buildings themselves where I take classes are stunning. it's unbelievable to think that I go to class in a museum or a quad more than twice as old as America.

I tend to enjoy the way courses are taught here at St Andrews, but it is quite different than my experience at Holy Cross. I'll list some of these differences for you, but it's important to remember that St Andrews teaches much differently than many other universities in the UK, especially those in England, which are often taught on a three year track. It is also key to keep in mind that I am coming from the perspective of an American liberal arts student as opposed to one at a university so that discrepancy alone is reason for some of the differences. Anyway, I suppose I'll have a go at a few of the differences:

So here I've told you at least a little bit about learning at St Andrews and I hope it's been helpful. Most importantly though, remember that the studying part of study abroad is, of course, very important but also a lot of fun. Just learning in a different style and in a different environment will likely teach you as much as what is in your textbooks and I promise that while it may not seem as exciting as taking a weekend trip to Paris or Prague (which you should of course do as well) just going to class in a different country is absolutely wonderful so look forward to it!