Yay London! I love this city! I spent two weeks in London with my parents about 3 years ago. It was my graduation present, and a great present, indeed! So, I knew my way around the city. That helped since we lost our navigator, my friend Kevin. Our time in London was much more laid back as we didn't have a set schedule of events. We knew we wanted to see St. Paul's Cathedral, Westminster Abbey, Parliament, the Tower of London, Tower Bridge, and the Globe Theater. Sounds like a lot, but it was easy to fit all of these in to the three days we had in the city. We also made sure to try all of the traditional London foods: fish and chips, meat pies, Ginger beer, English tea, and so on. They were all delightfully delicious! And of course, we made sure to do all of the obnoxious American touristy things like taking pictures in red phone booths and talking in fake British accents. The coolest part about our London trip was witnessing Occupy London. The event was taking place in the square in front of St. Paul's Cathedral. Our hostel was just around the corner so we got to see the protesters in action each day. Still, my absolute favorite part of our trip to London was seeing a show on the West End. We saw Lion King, which I saw as a little kid - but I slept through the entire second act! It was phenomenal! I am so impressed with musical theater and especially with a production of Lion King. The costumes are fantastic, the dancing is outstanding, and the singing, oh the singing! It all made for a superb show. You simply cannot visit London without seeing a play or show on the West End. When I visited with my parents, we went a little crazy. We saw Mouse Trap (a funny British murder mystery), Wicked (best musical of all time), and Les Miserables (so powerful!).

We were also getting very much into the Christmas spirit during our travels, especially in Paris and London. The gigantic department store in London, Harrods, was all lit up for Christmas and people were already doing their Christmas shopping. So different from the US! We typically wait until after Thanksgiving in the US so, at first, I thought it was still a bit too early, but once I heard Michael Buble singing Christmas songs in Harrods, I was so ready to sing along and enjoy the Christmas spirit! 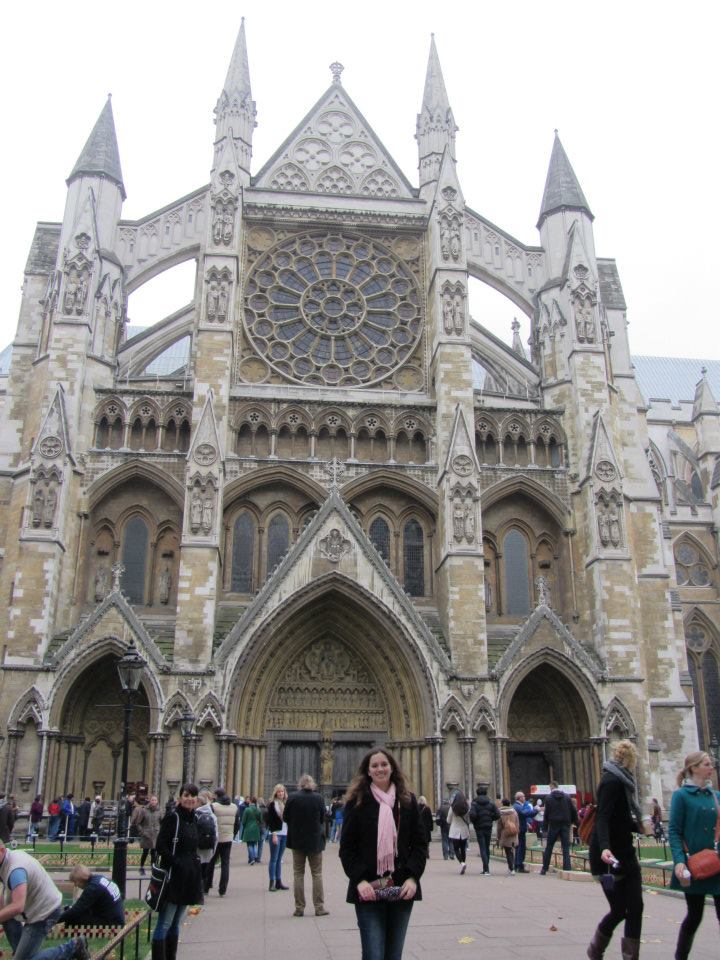 Tower Bridge. We took a tour of the bridge, so we were all the way up at the top! (Not a very good view, sadly)