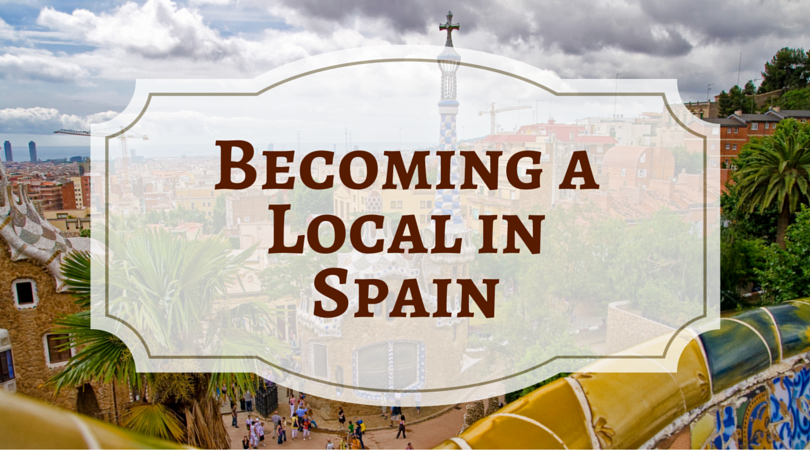 My name is Mary Schmidt and I just recently returned from a semester abroad. I had the opportunity to travel to Barcelona, Spain and participate in CEA’s International Business program, which was very unique. I took two courses at the CEA Study Center with students from all over the United States, and other courses at a local university in Barcelona called Universitat Autonoma de Barcelona. There were some American students in my classes, but mainly international students from all over the world. Getting to attend two universities was a very educational and challenging experience.

My classes at the CEA Study Center consisted of all American students, so there was not much of a cultural difference; it still had its challenges though. I was one of three study abroad students from the South. My opinions and beliefs were very different from a lot of the other students who came from the East and West Coasts. It was interesting to hear their perspectives on topics dealing with business, locally and internationally. I got to work on multiple projects with my classmates and learned that, in spite of going to different colleges, we have been taught the same principles and strategies of business.

My classes at the Universitat Autonoma de Barcelona were my favorites. I got the opportunity to take classes with students from Germany, Brazil, Poland, Sweden and Switzerland, to name a few. Most students came from Europe, but there were also students from Asia and South America. Getting to hear their opinions on different topics was very interesting. They brought a different angle to the teacher’s lesson. All of the international students were very vocal with questions and comments during the lessons; especially the German students. The majority of the American students, me included, did not feel as comfortable voicing our opinions in the group discussions. Having to work on projects with international students was daunting to me at first. It took a couple meetings before I got comfortable with my partner, and we were able to make extensive progress on our report. At first, I felt like I was walking on eggshells because I was nervous to work with someone from a very different culture than my own.

History is another subject that interests me. Before going to Barcelona, I knew nothing of their history. While I was abroad, I took a Spanish Civilization and Culture class, where we discussed Barcelona from Roman rule to present day. I learned so much about this city and Spain as a whole. Living there for four months I became aware of the things that were going on politically, environmentally and economically. I had multiple conversations with locals about the Syrian refugee crisis, gun laws in the United States, and the fight for independence between Spain and the autonomous community of Catalonia, of which Barcelona is the capital. While I was overseas I became more aware of what was going on in the world and had many conversations with my host mom on her opinion.

I immensely enjoyed being a local of Barcelona for four months, and feel I have obtained a global perspective from this experience. I was exposed to so many different cultures and outlooks on life that were unlike my own. One goal while I was abroad was to be open to new things. I faced many fears and made some unforgettable memories. I got to practice my Spanish speaking skills, taste amazing Spanish dishes called tapas, and relax on the beaches of the Mediterranean Sea. I am very thankful for this opportunity, and I will remember this journey forever.

Mary Schmidt is an Alumnae of CEA Study Abroad, she studied International Business in Barcelona, Fall 2015.