...and in the cold, dark, winter evening, the walls could almost talk.

After dropping my cousin off at Warsaw's airport, I headed back to the center of town to see a few more things before catching a train back to Krakow. After having seen the rebuilt Old Town and Royal Route the previous day, I wanted to find a street I'd read about that has some original structures left over (even if not fully intact) from before the city was nearly leveled by German troops in WWII. On the east side of the Vistula river there is more of that, but with not much time left I went towards ulica (street) Waliców on the west side and not far from the center of town.

The street is in a quiet residential area with many towering, gray apartment blocks built in Communist times after the war. A block or so of Waliców looks different though, with a few buildings bearing scars but still standing and functioning, and seemingly in a pre-war style. Next to those is a very obvious remnant from the devastating destruction - four walls of varying heights with a huge hole in the middle. Beside that is a large open lot that most likely used to be home to similar townhouses. It seemed extra quiet in that particular part of the neighborhood and felt kind of eerie, like I had stepped back into the time when those battle wounds were still fresh.

I know these next photos are quite grainy and dark, but the remains of the tall wall can still be seen. Better photos and more info (Google translate needed) about the building can be found here http://www.warsawsun.pl/pokaz.php?miejsce=262: 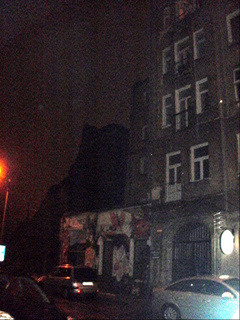 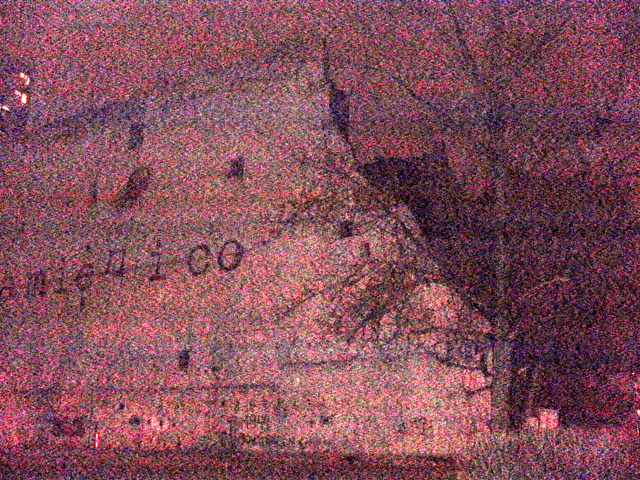 Another building that seems to have lost the one next to it: 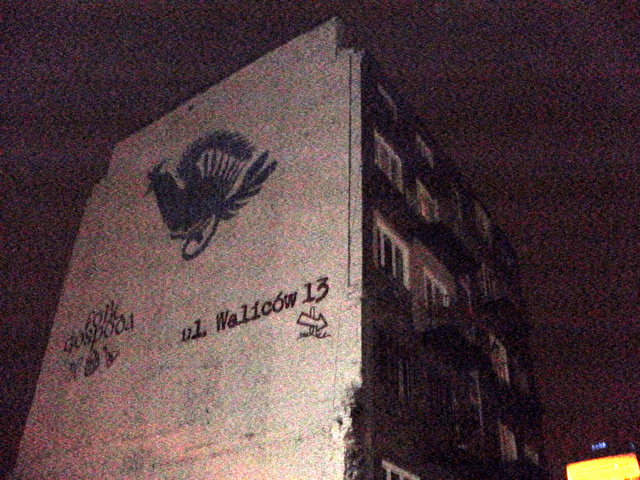 After that I meandered through a couple of pretty parks, including the famous Ogród Saski, which is technically a garden. ;-) Even in the dead of winter it was beautiful and serene, with stone statues, winding pathways, wooden benches and tall trees all around. At one end of Saski is a large plaza where the Tomb of the Unknown Soldier monuments are. Guards always stand next to the actual tomb and periodically do a formal changing of the guard ritual.

Tomb of the Unknown Soldier (this photo is thanks to Wikimedia Common user Grippenn):

Warsaw definitely has a far different feel to it than Kraków. Skyscrapers, huge indoor malls, strip malls and wide open spaces of sometimes seemingly nothing / a parking lot make it seem like it could be suburban or urban America. Some of the empty gaps have been turned into parks, which makes for a nice oasis in the middle of Poland's largest city, but some of the plots are still being debated about as far as what to do with them. Areas like these are of course usually an outcome of the wartime bombings. 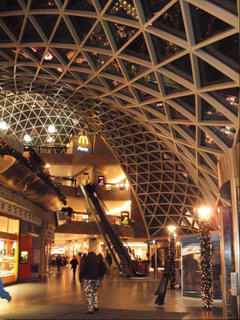 A familiar logo at one of the downtown malls - but I guess it's T.K.Maxx in Europe instead of T.J.Maxx, haha!! Same store though! 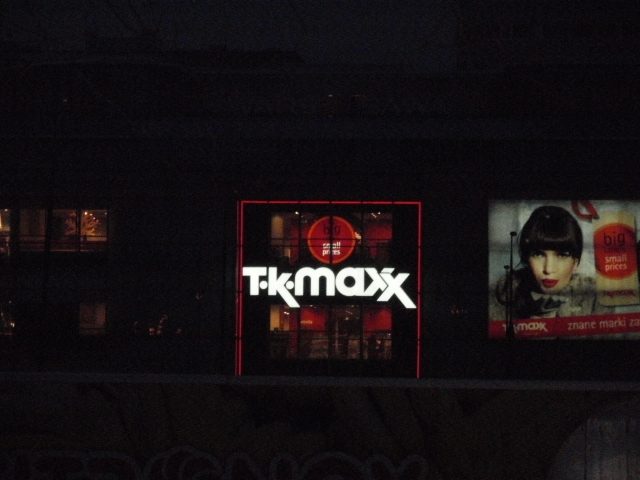 Warsaw's skyline, with the Pałac Kultury i Nauki mentioned in last week's post on the far left (this photo is thanks to Wikimedia Commons user SimonfromSilesia):

Gotta put a fun pic in here too...this winter-loving pigeon just needs a snowboard or some skis and it'll be all set: 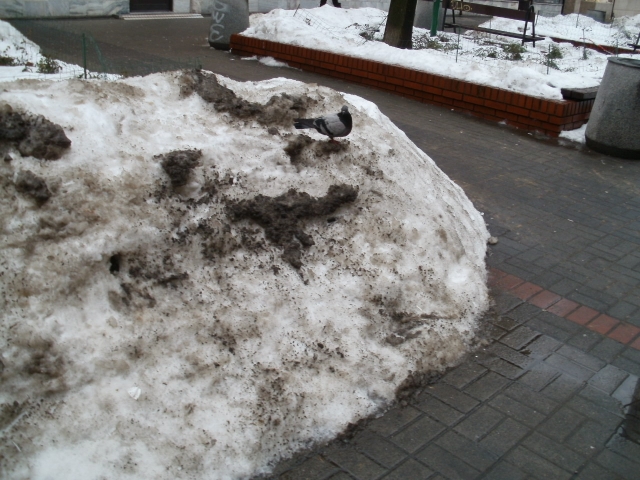 While in Warsaw, I bought a book with dozens of before and after photos of rebuilding projects throughout the city. It is awful to see what happened to so many priceless pieces of history, but at the same time it's unbelievable how well the structures, and literally the entire place, was rebuilt from the ground up. Warsaw's story is a sad and inspirational one all at once.

I'll wrap up the the winter break-related blogs next with a bit about spending Christmas at a friend's home in central Poland and some of the traditions I learned about there.