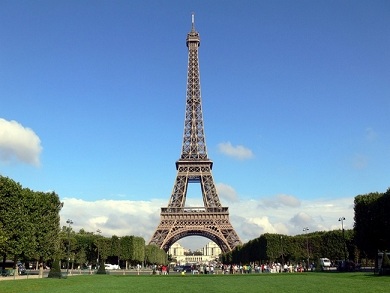 Thinking of France, you might imagine the iconic Eiffel Tower, the Arc de Triumph or the famous smile of Mona Lisa. You might think of drinking coffee in the lively Paris cafés where great intellectuals lingered in past times, or of eating croissants in a local bistro of a sleepy but gorgeous village in the countryside.

Probably, images of splendid châteaux will spring to your mind, of lavender fields or perhaps of vineyards as far as the eye can see. Or perhaps, you’d envisage the chic resorts of the Côte d’Azur.

And you wouldn’t be wrong.

However, they are only the tip of the iceberg when it comes to France.

Here are 8 reasons why I decided to study abroad and travel in France:

Compared to other countries, France has an unusual and complex system of higher education. In virtually all countries in the world, the pinnacle of the education system, the institutions providing the finest centers of excellence, are universities.

Not so in France.

While France has close to a hundred universities, most of them able to hold their own as regards teaching and research with middle-of-the-range universities in other parts of Europe, the peak of the education pinnacle in France is represented by the country’s “Grandes Ecoles”, relatively small and highly selective “schools” which provide a secluded higher education to the nation’s future elites – tomorrow’s senior civil servants, leaders of industry, top military brass, top politicians, engineers, physicists and others.

In spite of the national preoccupation with equality and equal opportunities, the top end of the French higher education systems is elitist.

Students in France are also eligible for subsidized student restaurants, basic but very cheap student residences (though demand well outstrips supply for rooms in residences) bus passes and discounts in many places. In addition, students from low-income backgrounds get grants.

The secularization of France is considered by most of the French population to be a strongly held and cornerstone value. The French were among the first to separate education and religion and value strongly the non-interference of religion with state and, among religious people, of state with religion.

France is also a broadly secular nation, with just a slim majority self-reporting as Catholic; on the other hand some 92 percent of French reported rarely or never experiencing the feeling of having contact with a supernatural power. Trends in France reflect a broader tend toward secularization, which can be seen throughout Europe.

3. The Art of Living French

The French strive to live a very passionate life. They have a keen focus on what’s important to them and they manage to turn even the smallest things—such as where to get the best cup of espresso—into an event. In conversation, they are more interested in your personal interests, such as the books you’re reading or your lifelong passions, rather than your occupation and where you live. They find great gratification in the art of discovery in a big city.

Food is one of the great passions of the French people. French cooking is highly refined and involves careful preparation, attention to detail, and the use of fresh ingredients. It varies by region and is heavily influenced by what is grown locally.

The family is the social adhesive of the country and each member has certain duties and responsibilities. The extended family provides both emotional and financial support. Despite their reputation as romantics, the French have a practical approach towards marriage. Families have few children, but parents take their role as guardians and providers very seriously.
There is a great deal of support for the arts in France at the state, regional, and municipal levels.

The French Ministry of Culture funds artists as well as restoration projects and museums.
Oral traditions and folktales predominated in pre-modern France. Up until the mid-twentieth century in the rural communities’ neighbors gathered in someone’s home around the household to trade stories and tales. French written literature is considered one of the greatest world traditions.

France’s most important graphic art forms are painting, sculpture, and architecture. The prehistory of French art is also important, including the famous cave paintings in southwestern France. Theater and dance have a strong tradition in France, both in the classical sense and in the realm of folk-life. As in most of France’s cultural life, Paris dominates the grand traditions of theater.

The French are among the friendliest and most helpful people I’ve ever encountered. There are cultural differences, however, that lead some to believe the French are rude. The key is to understand the culture and learn at least some basic French terms before you go. A very little effort towards education and understanding will go a huge distance to getting friendly treatment from French people.

The French savor wearing their best for the “ordinary” days—whether it is to stroll along the banks of the Seine or take in the warmth of the sun on a bench in Place des Vosges in the Marais. It is all about quality over quantity.

So, why learn the language of the soul, as they call the French language?
Speaking a new language helps you to get to know another people and culture, as language and culture go hand in hand. Because language simultaneously defines and is defined by the world around us, learning another language opens one’s mind to new ideas and new ways of looking at the world.

The French Riviera, that picture-perfect stretch of beach-hugging Mediterranean coastline, looks just like a fabled playground of the rich-and-famous would if an artist drew it. And many of the most renowned, from Claude Monet to Henri Matisse, certainly did.

‘Globalization’ is a non-linear, dialectic process in which the global and the local do not exist as cultural polarities but as combined and mutually implicating principles. These processes involve not only interconnections across boundaries, but transform the quality of the social and the political inside nation-state societies.

This is a post by Linda Lounder a friend of mine from America which is currently studying in France.

Check out other articles written by me: