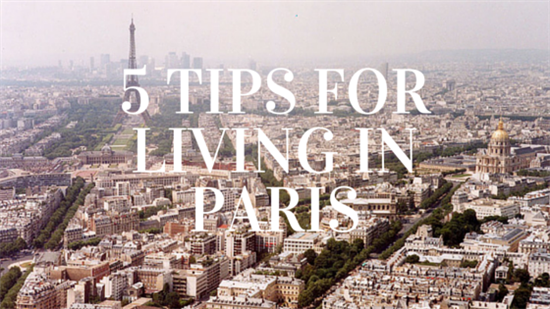 As a CEA Alumni Ambassador, my job often includes talking about my own study abroad experience in Paris. I completely fell in love with France from day one, but being a foreigner in any country takes some getting used to. Here are five tips that are guaranteed to make people mistake you for the ultimate Parisian from the moment you arrive on French soil:

The French are practical. Since many grocery stores charge you extra for grocery bags, invest in a few reusable bags to save money and the environment. Not to mention, you will fit right in with the local grocery shoppers around you!

There’s a reason Paris is known as the fashion capital of the world! If you’re stepping outside your home, put a little effort into your outfit. You will be hard-pressed to find people running down to the boulangerie in workout leggings and a sweatshirt. That said, Paris is the place to experiment with fashion. Try wearing something you normally wouldn’t and who knows, you might love it! While in Paris, my friends and I played around with bold lipsticks for nightlife and sleek outfits in class. Since being back in the U.S., I have definitely incorporated my French style into my American wardrobe.

Even if you don’t know the language, try learning a few key words and phrases. You will be surprised by how fast you pick up the language when you’re living abroad, and the people around you will appreciate the effort. Don’t feel discouraged when someone replies to you in English, either! They will catch on that you’re not French, recognize your effort, and ultimately try to make the exchange easiest for everyone.

This tip applies no matter where you are studying abroad. A lot of people don’t want to go to Paris because they think it’s expensive. However, just like any large city, it’s only expensive when you live like you’re on vacation for a semester. Cooking more than you eat out is definitely step one in sticking to a budget in Paris. No matter what your budget is, take the time before you go abroad to figure out how much spending money you’re allowing yourself, how much of that you want to spend on travel expenses for weekend trips and breaks, and how much you can reasonably spend per week. Then keep track of it while you’re abroad. It’s an easy way to make sure you’re not suddenly broke with a month left of your semester.

5. Immerse yourself in the culture

Do you cringe at the thought of escargot? Are you not eating gluten because it’s trendy? Think museums are boring? You might want to rethink this! The most amazing part about studying abroad is the fact that you have unlimited access to a culture that’s not your own. So yes, it’s time to try snails (tastes like pesto!), eat a baguette for lunch, and spend the day at Musée d’Orsay. You’ll appreciate your time abroad so much more if you don’t just do the same things you would do in America.

So there you go! This is hardly an extensive list of what it is like to live in Paris—I would need my own book deal to even begin to fully explain what it’s like—but it’s definitely a start. Follow these simple tips and you’ll be mistaken for a Parisian native.

Kacie Diamond is an Alumni Ambassador at CEA Study Abroad, she is currently a student at University of Wisconsin and studied abroad in Paris, France.