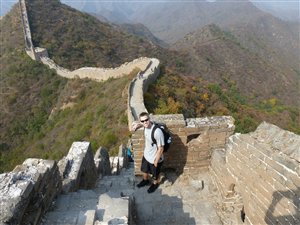 I've found that the best way to avoid the affects of culture shock is to try and avoid it altogether. Of course, some things are inevitable - missing your family, facing nasty weather for a month and a half straight, having so much work you're not able to travel - and they will definitely impact how you feel over the course of your experience. But there are a lot of precautions you can take and preparations you can make that  will lessen the effects of culture shock, and just enhance your time abroad in general. While this is geared toward students who aren't abroad yet, it's never too late to get yourself situated abroad!

As Soon As You Can (i.e. when you arrive at your host school or home stay)

I would hope this is obvious. If you’ve never been abroad before and are a bit nervous, this should calm your nerves. If you’re not the slight bit nervous, well, this will calm your parents’ nerves. I find Skype to be the best way to communicate with people (family and friends) back home, but you could also get a calling card if you wanted to go that route.

For those of you that are lucky enough to be studying abroad at a university with WiFi, you really just need to see if your network is password protected, and if so, go find out the password from your resident director or someone who has a little IT knowledge. For those of you that don’t have WiFi, you’ll have to get used to being constantly connected to an Ethernet cable. Not the most convenient thing in the world, but hey, you could be in the middle of a third world country with zero internet access, so appreciate what you have. I always recommend packing an Ethernet cable in your luggage so you don’t have to run out and buy one right when you arrive. 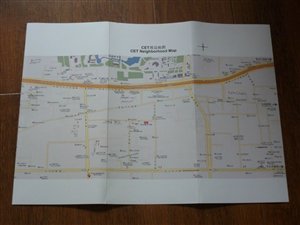 It’s a whole lot easier than living out of a suitcase. My one big suggestion is to leave certain things you won’t need on a regular basis inside your suitcases, e.g. if it’s still the summertime, and you brought winter clothes, there isn’t much point in unpacking them right away. Your space will probably be limited, and trying to stuff everything you brought into that space will not only be frustrating but possibly even a little stressful – it is your first night after all.

You probably purposely didn’t bring certain things in your suitcase to save space and weight, and you probably unintentionally forgot to bring a few things as well. Make a list of everything you think you’ll need, especially essentials for those first few nights. This could be anything from food, to shampoo and soap, to converters and adapters, and anything in between.

5.  Make A Map Of Helpful Locations In The Vicinity Of Your University

You’ll want to make a map, expand on an existing map (like mine on the left), or write down a list of small convenience stores, one or two larger supermarket – type stores (e.g. Walmart, Target), and some restaurants. You can do this on your way to buy the things on that previous list, or you can make it a separate adventure. For example, during orientation week here in Beijing, we had a scavenger hunt where the things we had to find happened to be locations of important/helpful places in the vicinity of CET (my program).

During Orientation Week (or your school's equivalent)

6.  Figure Out How You’re Going To Organize Your Life/School Work

This something I think a lot of students neglect in the beginning, but will make a big difference in the long run. Every student can agree that being unorganized will make your life stressful. And of course the longer you go without getting your act together, the worse the effects will be when the stress finally does hit you. Figure out how you’re going to keep organized before class starts so that you’ll never even have to worry about catching up.  My system is pretty simple and you can feel free to follow it:

•    1 five-subject notebook (I use a single notebook for all of my classes, but it stays organized because it’s divided into classes or subjects.)
•    1 small file folder or binder (I keep the current weeks syllabus, classwork, homework, and any handouts in this file folder, and it stays in my backpack.)
•    1 large file folder/cabinet or bin which stays in my room (When the week is over, I take the entire weeks paperwork and file it away, reducing the amount of stuff I carry in my backpack, as well as keeping everything accessible for studying purposes, i.e. when I have a test.) 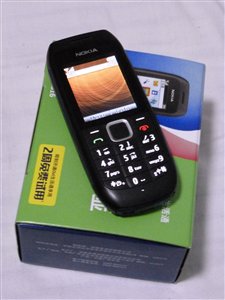 I’ve found that a phone is pretty much a necessity, especially during those first few weeks you’re abroad. My advice is simple: buy a phone that allows you to make calls and text, that’s all you need. It’ll probably be the cheapest one on the shelf.  Having studied abroad in both Europe and Asia, and also having bought a phone in both locations, I can actually already tell you what it will be - a cheap Nokia phone that they probably sell in every country except for the U.S. I bought my phone in Scotland in 2009 and my phone in China in 2011 and yes, they are the same exact phone (over there on the right).

This is especially important if you’re studying abroad in a country that runs on a cash economy (i.e. most places don’t like to accept credit cards). You should’ve already taken out about $300 worth of local currency before you left, but that won’t last you forever. My suggestion is to find the bank and/or ATM with the cheapest withdrawal fees, and if it’s something you’re interested in, find out how you can open a foreign bank account.

Learn everything you can about how to get around town. You may live in an area where you can walk everywhere you need to go, or you may be in a huge city (e.g. I am currently in Beijing, China) where you can be on the metro for 45 minutes and still not have gotten across the entire city. Luckily, most places have an extensive public transportation network, so take advantage of it. This will probably (but not necessarily) include the subway or metro, public buses, taxis, biking, and any other number of modes of transport.

Unlike in college where your friends can change from one semester to the next, your time abroad is relatively short, and therefore the people you initially become friends with are likely the people you’ll remain friends with. You should already have made a map of important locations in your schools vicinity, but take this time to get to know your new friends and go explore some of the more off-the-beaten path locals. You never know, one of those places could become your favorite hangout spot, late night eatery, etc.

Basically, a little prep in the beginning, although it may be a bit overwhelming, will save you from a much worse fate when you're 2 months into your semester abroad.