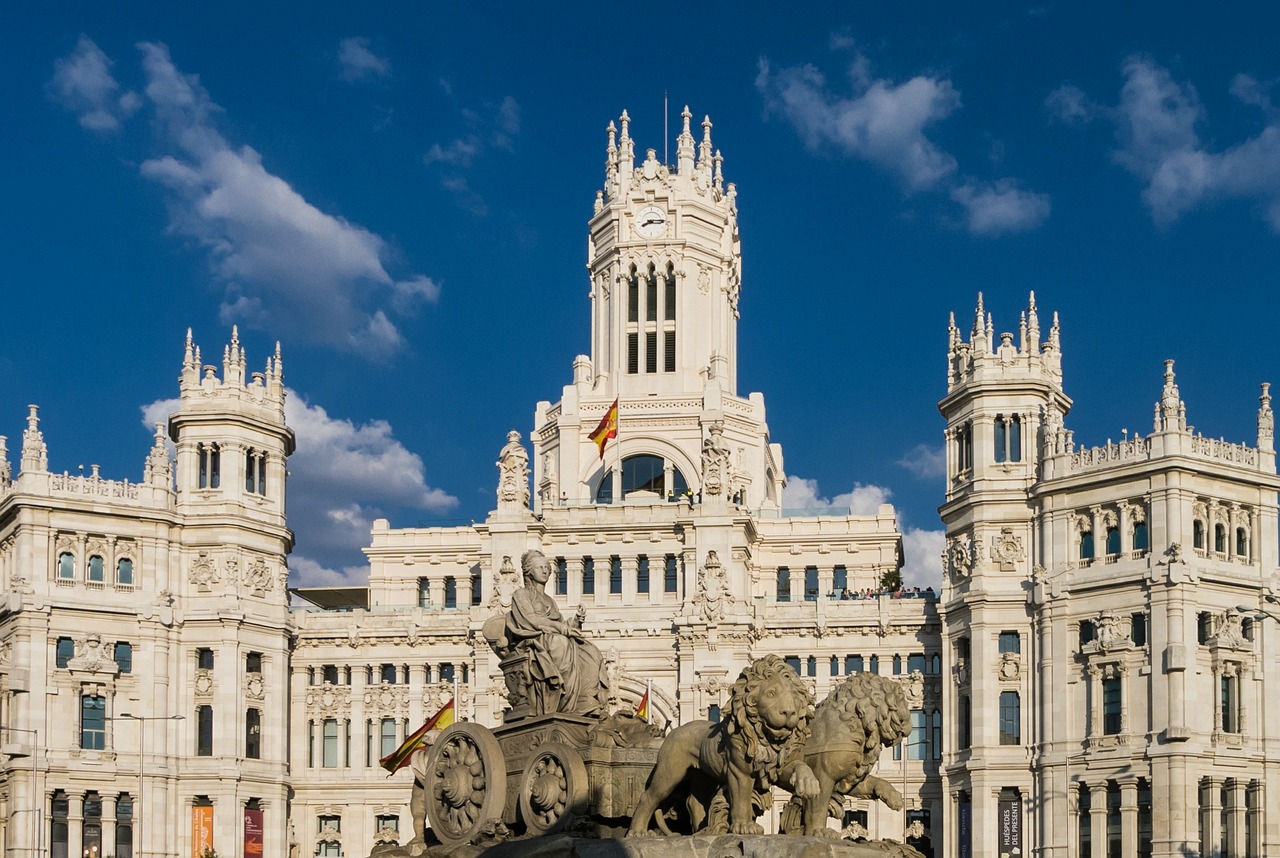 The Rain in Spain Stays Mainly in the Plain

When you have a whole world of destinations to choose from, why should you study abroad in Madrid? The truth is, there are too many reasons to list in one short article - and since I spent my semester abroad in London and only made it to Madrid for a long weekend, I was not sure which reasons should come out on top. Luckily, I have a few friends who studied abroad in Madrid while I was gallivanting around England. With their help, I have come up with the top 10 reasons why Madrid is an ideal city for study abroad.

10. La Cultura (The Culture): Madrid is full of unique Spanish culture. From flamenco to bullfights, you can experience it all. As my friend David eloquently says, "The city's hybrid culture of modern freneticism and old European charm luxuriating in every-moment is palpable." The city comes alive like no other, and there are lost of cultural treasures waiting to be found!

9. La Comida (The Food): The Spanish aren't necessarily known for their cuisine, but if you study in Madrid you will have the chance to live the tapas lifestyle. Tapas are small dishes that you mix and match and share and swap to form a complete meal. Going out for tapas is a great way to try lots of new foods at once, and it's also a great way to meet new people.

8. La Capital (The Capital): Madrid is the capital of Spain. Perhaps it was chosen in part because it is located smack dab in the center of the country, giving officials and residents relatively easy access to destinations in every direction including Barcelona to the East and the beautiful beaches of Malaga to the South. The city is also home to the Spain Royal family, so you will get to live among kings an queens!

7.  Ir de Compras (Shopping): If you don't like shopping, you can skip ahead to number six, but if you do like shopping, you're in luck! Madrid offers a wonderful mix of high and low end shops, including authentic markets like El Rastro where I bought a fantastic scarf for only five euros and bran name shops on Gran Via where I indulged in a cute Spanish dress.

6. El Futbol (Soccer): Whether you like soccer or not, you should definitely go to a futbol match when you're in Madrid. It's not just a sport over there, it's a culture! And if you can't afford a ticket to a professional match, take a walk around the city and chances are you'll catch some kids playing in the street.

5. Los Museos (The Museums): Every major city can boast at least one big museum. In Madrid, the art collections are what stand out above the rest. My friend Rosa, an art history major, said, "It was amazing to be so close to the Prado, the Reina Sofia and Thyssen Museum, all with outstanding collections of ancient, modern, Roman, European, Renaissance, Medieval and Spanish art." The most famous piece is probably Picasso's Guernica, which covers a whole wall in the Reina Sofia and has its own security staff.

4. Los Parques (The Parks): I was surprised to see how green Madrid was. There are lots of trees, the buildings are generally far enough apart to let the sun reach the ground and the streets roll with the land. El Retiro is the largest park in the city, and I can personally vouch for how awesome it is. There is a ton to explore, including a crystal palace and a pond with rowboats for rent.

3. La Vida Nocturna (Nightlife): Just about every college student enjoys nightlife. Even if you don't go out much at home, you'll want to try it abroad. As with everything else, bars and clubs are part of the cultural experience; especially in Madrid, where the party doesn't stop until the morning - literally! Locals don't even leave home to head out to a club until about 1:00 a.m. If that isn't proof enough that people in Madrid know how to have a good time, I don't know what is.

2. Espanol (The Spanish Language): Of course, there's a good chance if you're going to Spain you'll want to learn Spanish. In Madrid, fitting in with the native speakers is an exciting challenge. Rosa says, "Everyone speaks Spanish and the city doesn't have an overwhelming touristy feel, so with all of the practice that you'll be getting while studying abroad, you'll feel like you are a local before too long." You'll pick up on the slang and conversation in a way that no classroom can teach you. It makes learning fun and easy!

1. El Sol (The Sun): It's true what they say; the rain in Spain falls mainly in the plains. And guess what? Madrid isn't the plains! This means it has some of the best weather in the country  and arguably some of the best weather in Europe. The climate is mild, the temperature is moderate and the sun is almost always shining. As someone who studied in London, one of the greyest cities I've ever been to. I personally believe the sun is the number one reason to study abroad in Madrid. The truth is, there is nothing better than good weather when it comes to exploring a city, and the sunshine just makes you smile every step along the way.

David sums things up well when he says, "Madrid is just absolutely the most amazing place to spend a semester. There is no shortage of excitement in Madrid. From art museums to beautiful parks to stunning architecture and a pulsing nightlife, studying abroad in Madrid allows you to enjoy the metropolis buzz that is the hum of Spanish antiquity, a lovely and charming combination that makes la vida madrilena so satisfying." I don't know about you, but I'm convinced!