Already spent a semester abroad
in Paris, Rome, Costa Rica or Buenos Aires and looking to go abroad again?  Want to make
top dollar teaching English abroad, live overseas in an uber-modern mega
city and gain international professional experience for your resume working in
the economic engine of the universe?  Can
you imagine embarking on an epic journey in the footsteps of Marco Polo to the ancient
capitals of Kublai Khan, the Forbidden City of Beijing and the Great Wall?

China has it all and with over 300 million individuals learning English, it is
the largest job market in the world for teaching English abroad.  From exquisite history and culture to
fantastic food and great pay and benefits, here are 12 reasons why teaching
English in China might be for you: 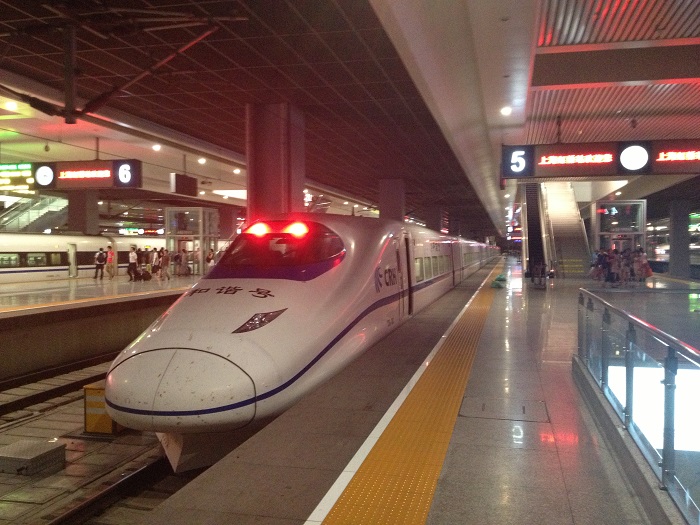 12.  Technology on the Cheap!
– Head to Nanjing Road in Shanghai to check out the longest, and one of the
busiest, shopping streets in the world.
Stretching 6 km long and attracting over a million visitors a day, you
can find everything in this shopping district, from high end fashion and five
star hotels, to  outdoor beer gardens and
a huge outdoor technology market (with the latest, greatest, and quite possibly
fakest high-tech gadgets on the planet).
Come ready to barter!

11.  Traditional
Festivals (Make a Wish…lantern style) – Wrap up the Lunar New Year and make
a wish during the Lantern Festival, celebrated on the first full moon and the
15th day of the Lunar New Year.
Colorful, ornate paper lanterns light up the night as the people light
candles and send their wishes for happiness, love or fortune into the sky.

10.  Make Bank & Receive Free
Housing & Airfare – Benefits
for many English teachers in China may include free airfare, housing, and paid
vacation with the ability to save between $400 and $1,500 monthly after
expenses for those with an accredited
TEFL Certification.  Translation:
English teachers often travel together on holiday to live it up in tropical
countries like Thailand, Cambodia, Malaysia and Vietnam without breaking the
bank.  Looking to add more stamps in the
passport?  This is easy and affordable
travel at its finest!

9. Learn Mandarin – Flip the script and put yourself in your
students’ shoes.  Take some lessons, make
local friends and see how much you can learn to speak and write the world’s
most widely spoken language. 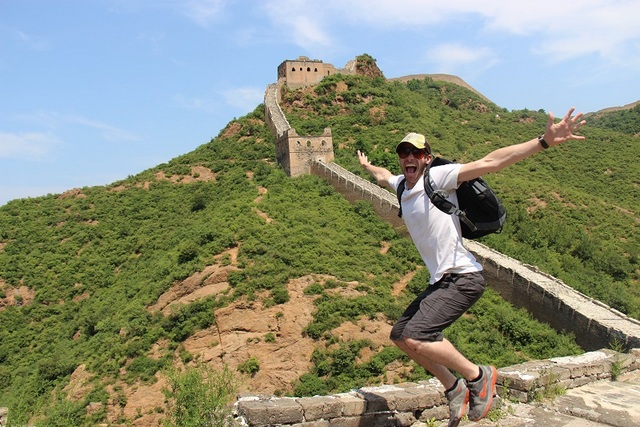 8.  Dear Mom and Dad – Take
your postcard shot at one of the most famous and recognizable landmarks in the
world, the Great Wall of China, near Beijing.
Your parents will be proud, and your friends, jealous.  Sorry, we had to throw it in here.  (For those really looking for bragging
rights, press your luck and register for the annual Great Wall Marathon, held
every May.  Half marathon’s and 5k races
are also available.)

7.  Become
a Disciple of Kung Fu – Or just leave it to the monks who have been
mastering their craft for nearly a century and a half at the Shaolin Temple.  We’re talking about the real deal here, even
better than Bruce Lee, bad overdubs, and a certain fluffy, black and white Disney
Pixar depiction.  Located at the foot of Song
Mountain in Henan Province, their Kung Fu is serious, and considered the
greatest of all the Kung Fu’s. 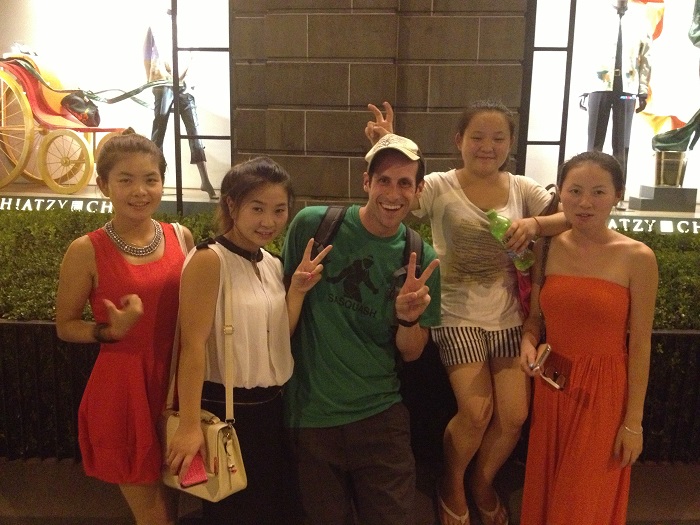 6.  You’re like that Person from
TV! – Your students will be fascinated by you.  People your age will be interested in
you.  In some cases, you may be the first
“westerner” someone has ever seen, spoken to, or befriended.  Their only frame of reference may be
Hollywood or sports, so be prepared for those comparisons to Brad Pitt, Jennifer
Aniston or Michael Jordan!

5.  Take a
Walk into Immortality – Located in the East not far from Shanghai, the
Yellow Mountains, known as “Huangsang,” are host to the world’s highest bridge,
known as the Bridge of Immortals, where the adventurous can watch the clouds
touch the mountainside beneath their toes.
For the extreme thrill seekers, take the daring, rickety (and optional)
plank-walk.  It’s a mere foot and a half
in width, with a near kilometer’s drop to die for.   You’ll be side stepping your way around and
climbing straight up a flat rock-face, safely buckled in, of course. 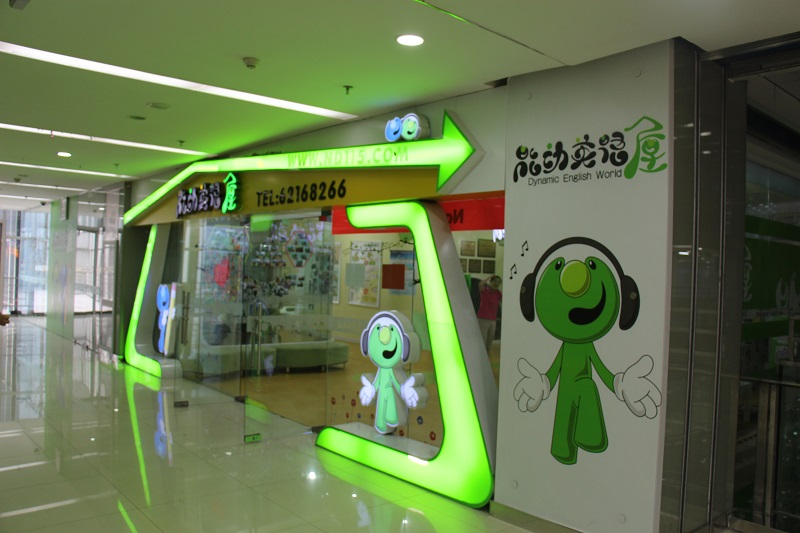 4.  English Schools in Shopping
Malls – Yea, you read that correctly. The English craze has reached a point
that English academies are just as common as food courts in high-end shopping
malls that are popping up throughout China!
Kids going to school while Mom does some shopping.  Enough said.

3.  Diverse Landscapes – From the
stratospheric peaks of the Himalayas to the palm strewn beaches of Hainan,
China boasts a stunning array of natural beauty and diversity. Top examples
include the Jiuzhai Valley and Huanglong National Parks.  Located in southwestern China (the nearest
city is Chengdu) on the edge of the Tibetan Himalayan Plateau, these entrancing
landscapes are famed for their spectacular waterfalls, blue and green lakes,
and forests with colors so vivid they’re surreal. 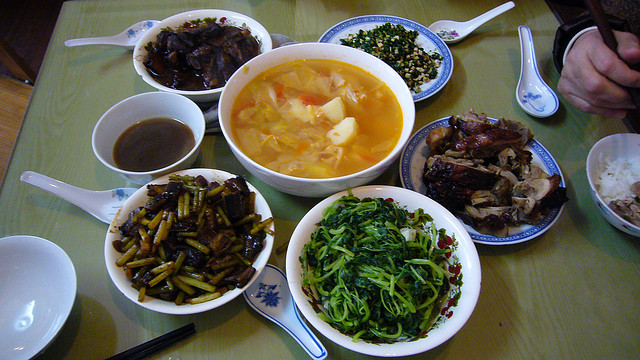 2.  Food – Better (much better, actually) than your local takeout.  Tempt (and challenge) your palate a seemingly
infinite array of street food delights and traditional restaurant dishes, which
range from delicious and comforting to bizarre, every region has their own
specialties, but we’re giving the crown to the legendary “Peking Duck.”  Most famously done in Beijing, this duck is
slow roasted in a brick oven and traditionally served in three different
formats over three courses.

1. “You’re one in a
Billion!” – Be a part of the world’s largest
nation by population.   With over 100 cities with one million or more
residents and a population of more than billion nationwide, China is the
future.  Economic growth, stability,
paired with a population so great, makes this country’s potential unrivaled.

A native of the backwoods of Michigan, Matthew
Birgy is an admissions advisor at the International TEFL Academy, which trains and
certifies more than 1,500 people a year to teach English abroad.  Prior to joining ITA, Matthew taught English
in South Korea and during college, he studied abroad in Germany.