We finally got a day to sleep in, although going to bed at 10 forced us to wake up at 10ish. The sun was shining finally and we were off to the beautiful beaches of Sydney! We took a tram and then bus, the transportation was so simple and easy (but expensive). By the time the bus turned the corner to a full view of Bondi Beach we were starving. We hit up the first crowded cute cafe we found, Gabby’s. Wonderful cappuccino, and wonderful fruit and muesli bowl. I had my first ever passion fruit and it was delisc! 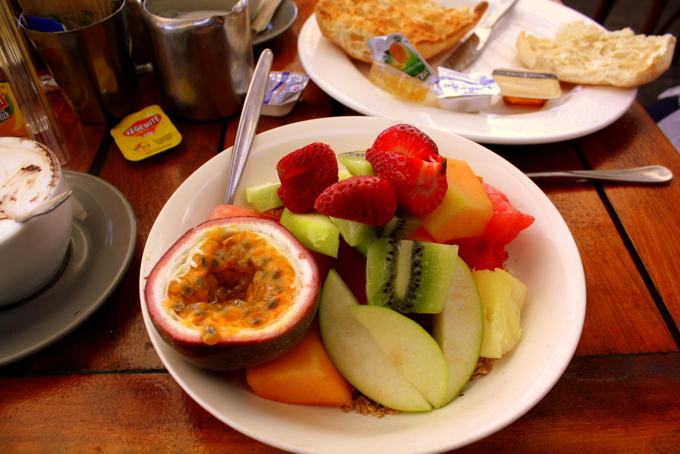 We walked a bit along the crowded sidewalk only to find a farmers market near closing time. But there was still no shortage of samples. Farmer Jo was selling tubs of his homemade granola, and of course I bought the pear/ginger. Then the cheeky Jam sellers had samples galore, and of course I bought the pear/vanilla. We tried kumquats - you eat the peel and all - so tart, so good! There was tea, cheesecake, olive oil, and balsamic samples. I have some weird obsession with farmers markets….it’s a good think I’ve found heaps in Oz.

Then it was finally beach time! We walked along the sand on Bondi and the view on either side was stunning! There were houses on the hills and the water was turquoise and clear, and the clouds were perfect! We did an hour coastal walk all the way to Bronte Beach stopping for lots of photo ops on the way. The lookouts were breathtaking. So far, Australia has not failed to disappoint with incredible scenery. It’s just so relaxing laying in a field of flowers growing alongside the ocean. 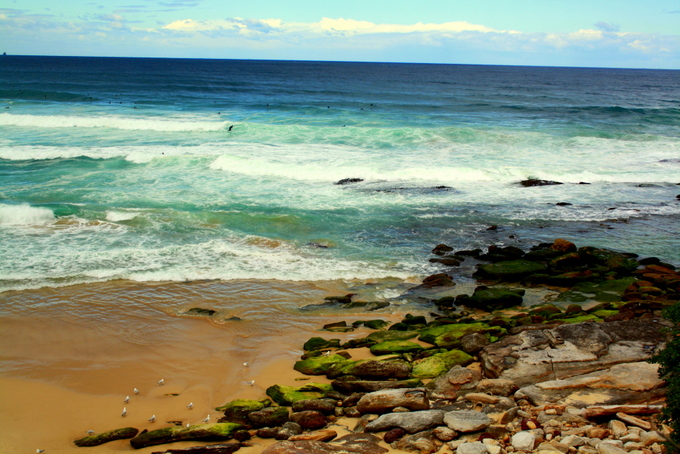 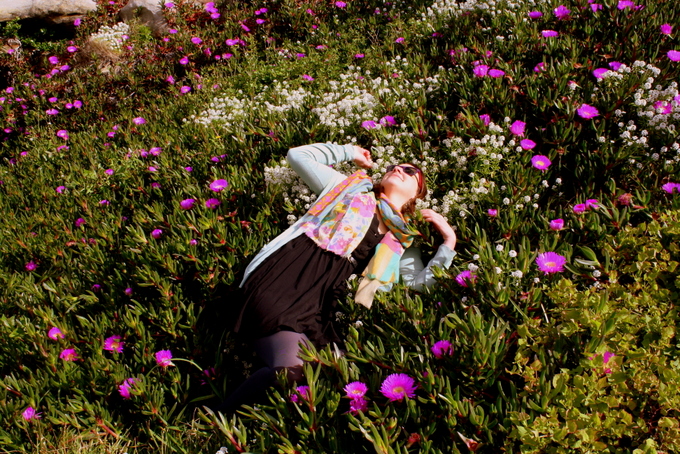 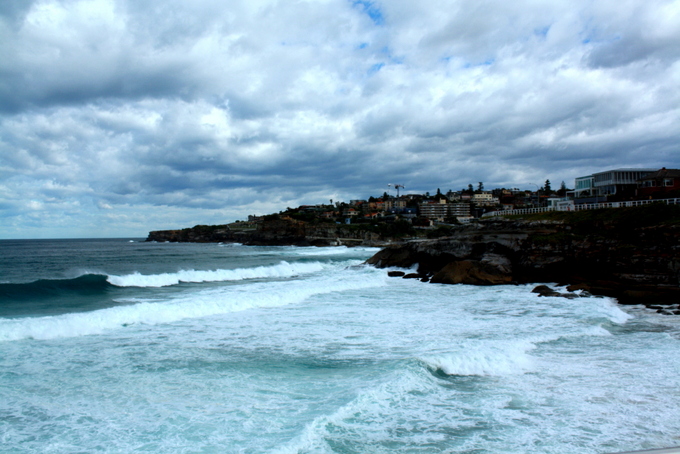 After the beach, we walked around a shopping center in Bondi for a bit, and then went back to the hotel to get ready for dinner. Off we went to Darlinghurst - SUPER CUTE AREA! The old victorian houses with ivy growing were stunning alongside the windy streets as we approached the main street with heaps of restaurants. We didn’t go with any real idea in mind of a cuisine we wanted, but ended up at a tequila/steak bar drinking margaritas pre-dinner. It’s great to have mom/dad around…we then stumbled upon Almond Bar, a wonderful mediterranean restaurant. chic, cozy, and well-lit. I really like intimate lit places, ya know those places where mom complains about how she can’t read anything? There was a tray of almonds on the table when we walked in…then we got some yum dips with pita and veggies, falafel, tabbouleh, and some pumpkin-chickpea dish. So great.