...and hearing it's one of the toughest did not put me at ease!

During most of the month of February I was on my semester break, since, as I mentioned in a past post, the Polish school calendar is set up a bit later than the US one. Combined with the Christmas break, it seems like we get more time off here...no complaints about that from me though! :-) So, right after my finals were all over, instead of taking a mental break I decided to finally take more Polish classes.

It didn't seem too mind boggling at first, because most of that early material was familiar, but by the last few sessions I felt like my brain had turned to mush!! Since I had done online learning and a casual class in Minneapolis' Polish neighborhood, along with living in Kraków for several months, I thought I'd do better, BUT according to my teacher, Polish is one of the seven hardest languages in the world...and I believe it!!! I think I did end up retaining a few things, luckily...so in order to try and not lose that knowledge, I'm going to continue classes (but not as many) into this next semester. I must say, it's very cool being able to understand more and more of the conversations and signs around town!

The classes were in a small group of five of us total, which is better for learning than larger groups but also feels more pressured since you have to speak a lot in that setting...eeek!! A video was recorded of us one day that is soon to be posted on the school's website for promotion, so when it's up I'll link to it in an upcoming post! You'll be able to see me butchering the Polish language...uh oh!! ;-) But, it'll give a good idea of what the classes were like at least.

My Polish classes were held in the Podgórze neighborhood of Kraków, one that I had not previously explored until going there for class. I was very excited that the classes came with this added benefit! My new classes, at a different language school, that start in a couple weeks are also in a neighborhood that I don't know as well, so I'm looking forward to even more explorations to come! :-)

Podgórze is a very historical part of town and is popular with tourists for several notable places of interest that are located there, including Oskar Schindler's actual factory that the movie Schindler's List was centered around - almost that entire movie was shot in Kraków too. I didn't get a chance to visit that yet, but am planning on taking advantage of their free Monday admission asap, and will of course post about it here afterwards. I did get a chance to see many other great things after my classes though, and have some photos below that I snapped along the way!

This van/bus simply rocks. I kinda want one. :-) 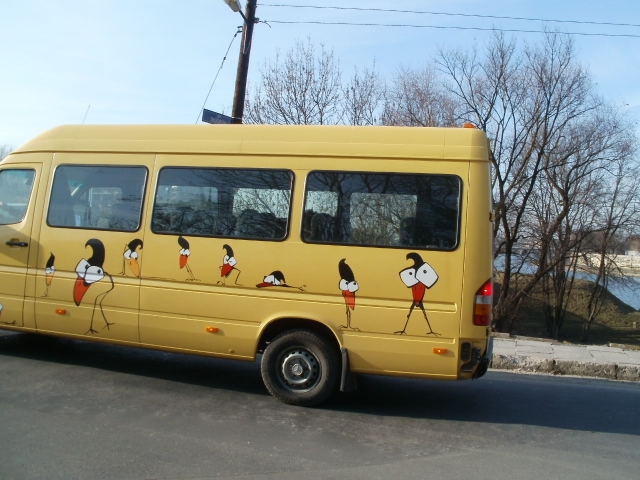 The towering and grandiose St. Joseph's Church, an icon of Podgórze: 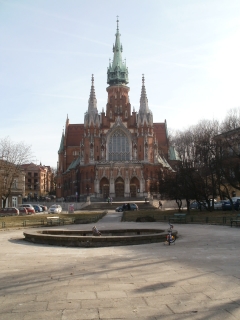 A close-up of the church: 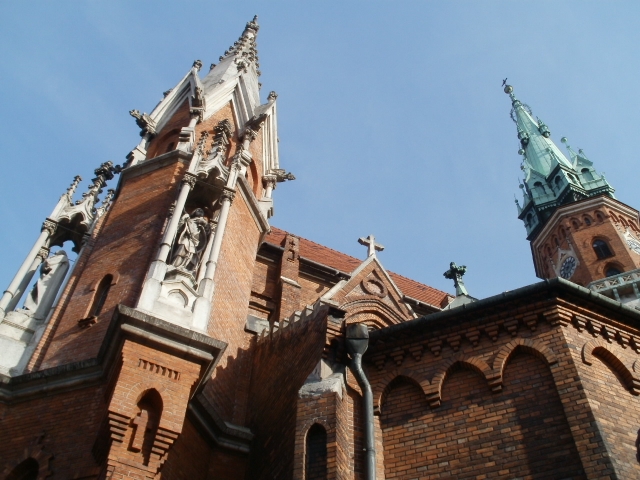 Behind the church, where it got very hilly - the reason why the translation of Podgórze is "foothills" or "under the mountain": 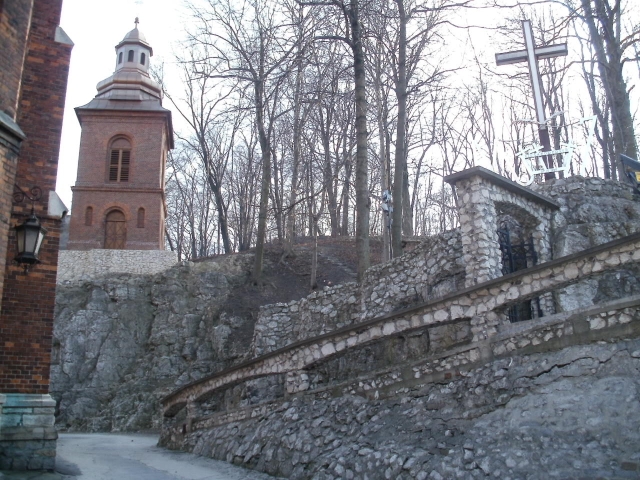 View of Rynek Podgórski from the steps of St. Joseph's: 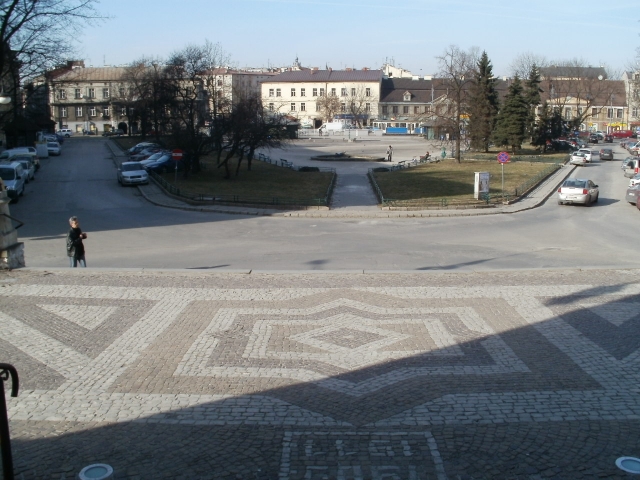 I came across many relaxing parks and open spaces in Podgórze, and the weather was thankfully nice enough to enjoy them: 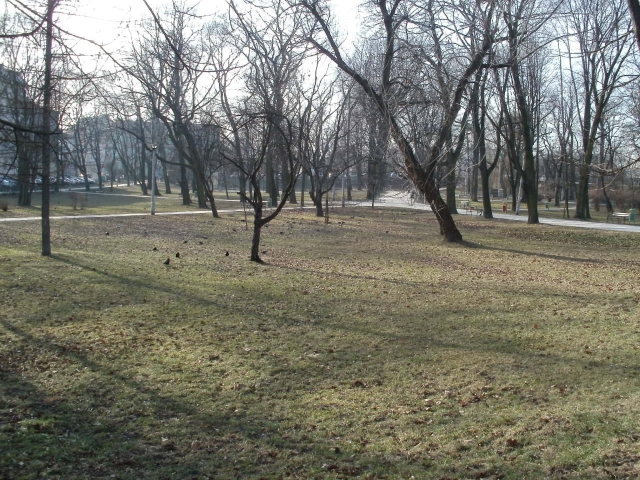 Besides Schindler's factory, Podgórze has several other remnants from events that occurred during WWII, including the square pictured below, called Plac Bohaterów Getta. This particular site is more somber than the factory -turned-safehouse though, as the dozens of chairs are a memorial to the Jewish people that had to dispose of their furniture and other belongings here before being shipped out of the city, most likely to the nearby Auschwitz-Birkenau concentration camp. 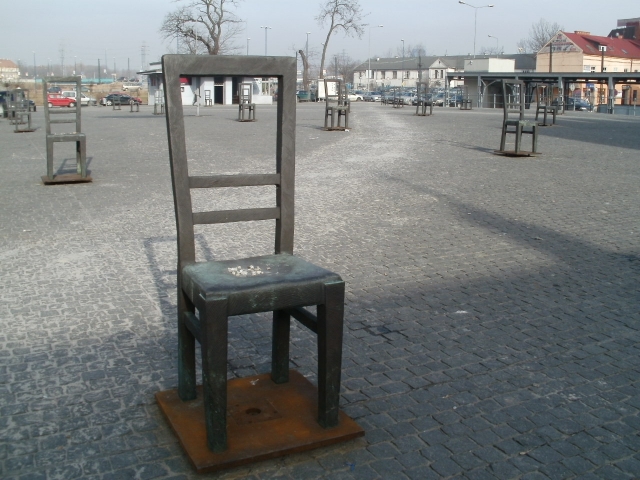 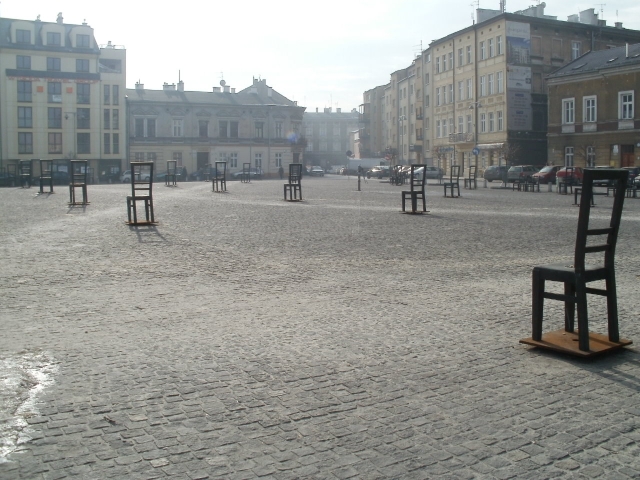 I unfortch didn't snag any pix in my own class, but that does happen to be my teacher, Asia, on the right (photo from the Accent School of Polish website):

I wasn't only studying Polish over break, and did manage to get out and have some fun!! I love trying out new restaurants, bars and clubs as much as I can here, since there are sooooo many awesome ones, and one place I went to was a huge dance club called Fashion Time. I got a quick pic of their nifty logo while dancing, lol: 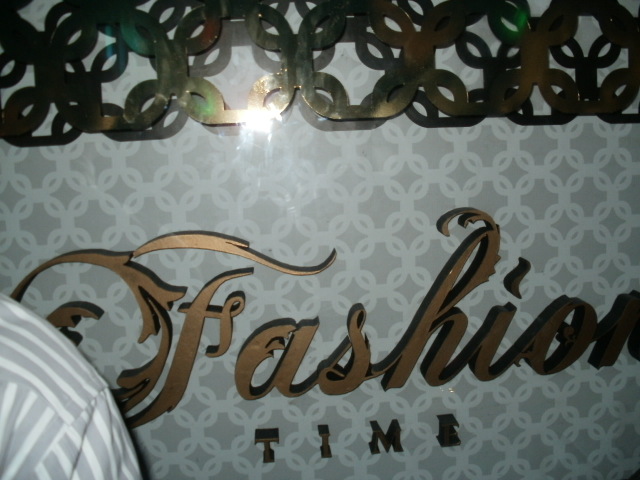 And finally, it's time for the traditional Funny Pigeon Pic! The cute, chubby pigeon below may not necessarily look funny here, besides being a pretty and rare (in Kraków) shade of reddish brown, but it was what it did right after I took this photo that was funny. The pigeon looked kind of sleepy, but while I was still trying to get another pic, it all of a sudden flew up and attempted to land on my head, LOL!!!! I must have been disturbing nap time. I shrieked and ran away, and probably made a few passersby chuckle...hahaha. I was just glad that I didn't get pooped on...which has happened to me here before!! :-P 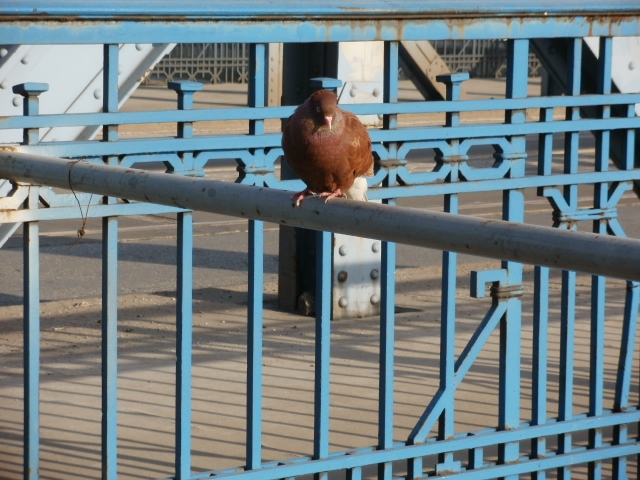 More about what I did over the semester break coming soon! Do zobaczenia! (See you later!)